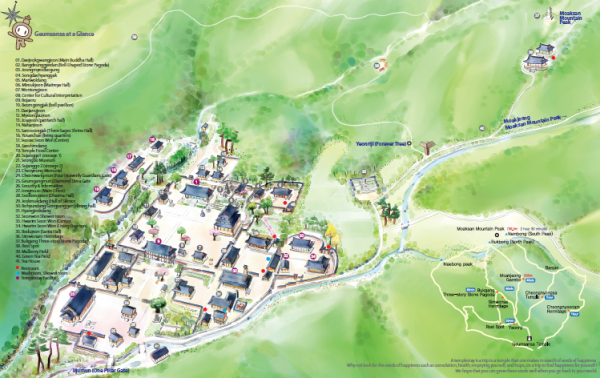 in 599, in the first year of King Beop of the Baekje Dynasty. Afterwards, in 722, during the second year of King Haegong of the Unified Silla Period, Precept Master Jinpyo enshrined aniron statue of the Maitreya, or the Buddha of the Future, 33 cheok (9.99 m) tall. From that point on, the temple was greatly expanded due to the popularity of the Maitreyan belief system. Geumsansa enjoyed prosperity, with approximately 80 buildings and 40 hermitages, until the year 1079, during the time of King Munjong of the Goryeo Dynasty. Unfortunately, all of the buildings were destroyed during the Imjin War, or the Japanese Invasion (1592-1596). Regardless, the restoration effort initiated during King Injo’s reign during the Joseon Dynasty began with reconstructing Daejeokgwangjeon, or the Main Buddha Hall, as well as Mireukjeon or the Hall of the Buddha of the Future. These restoration efforts continue to this day. 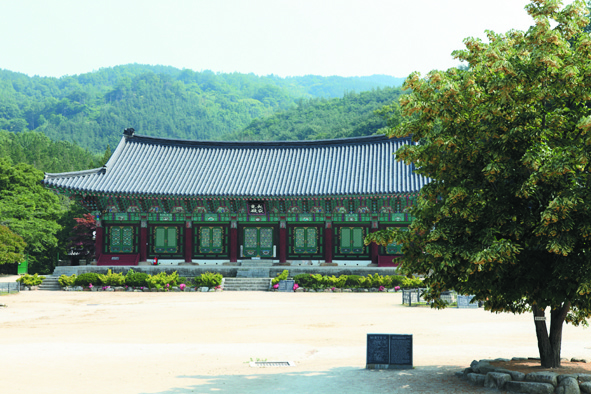 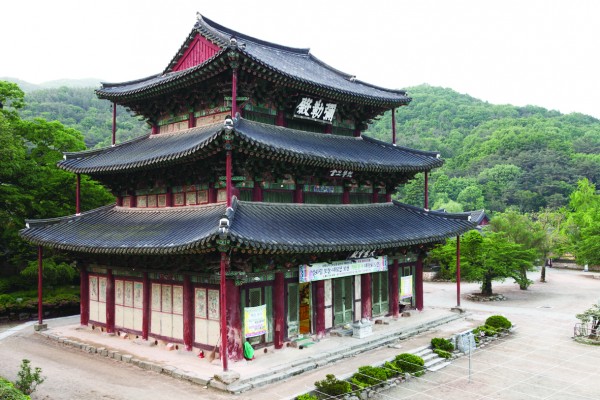 Mireukjeon, or Maitreya Hall (National Treasure No. 62)
Starting with the enshrinement of the iron statue of Maitreya, Buddha of the Future, 33 cheok (9.99 m) tall by Precept Master Jinpyo during the late Silla Dynasty, the three-story high hall called Mireukjeon was added by Great Master Sumun during King Injo’s reign, in the Joseon Dynasty. Fortunately, followers have been able to preserve those buildings intact to this day. At the center, the 11.82 m tall Maitreya Buddha is flanked by two Bodhisattvas, Beophwarimbosal and Daemyosangbosal. Maitreya Buddha is referred to as “the hope of Buddha,” who will lead us to the road of enlightenment, away from the vicious cycle of samara karma. The hanging board of Daejabojeon on the first floor was written in 1938 by Jinmin Kim, an excellent calligraphist, when he was only 18. 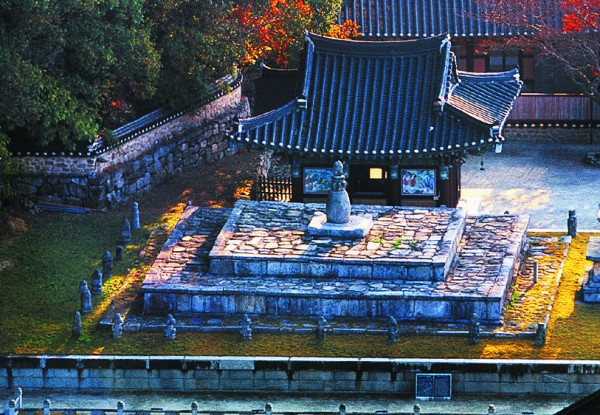 Bangdeunggyedan, or Bell-Shape Stone Pagoda (Treasure No. 26)
This structure was founded around the early Goryeo Dynasty, and is the location where ordination ceremonies are performed. Here, practitioners vow to take their precepts. This is one of the three core practicing principles of Buddhism: Gye, or Vinaya (discipline); Jeong, or mindfulness, and Hye, or wisdom. The name Bangdeunggyedan means that this Gye influences your mind and body equally. The Five-story Stone Pagoda (Treasure No. 25) next to Bangdeunggyedan is the typical stone pagoda of the Baekjae Dynasty period. This type of pagoda was popular during the early Goryeo Dynasty. We highly recommend sitting by Bangdeunggyedan at sunset, and watching the sun go down beyond the pagoda. 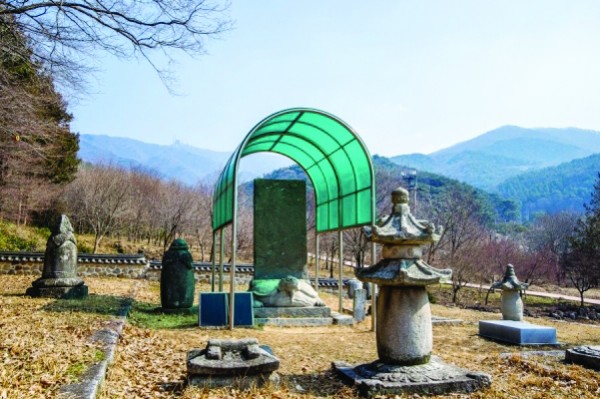 Budojeon, High Priest Venerable Hyedeok’s Monument (Treasure No. 24)
Along the passage stretching from Geumsansa to Simwonam Hermitage 300m to the east, Budojeon rests on the left side, at the foot of the mountain. This is also the place where visitors can find High Priest Venerable Hyedeok’s Monument from the Goryeo Dynasty. Fifteen Budos, or sarira stupas, form a 'ㅁ' shape inside low stone walls. This monument was created here in the year 1111, in the 6th year of King Yaejong of the Goryeo Dynasty. This indicates the significant accomplishments of the spreading Buddhist movement. High Priest
Venerable Hyedeok was born here and managed to expand the temple by 80 buildings and 40 hermitages. As you sit, why not try to converse silently with the old sages there? Wouldn’t it
be a meaningful way to pass the time? Morning sunlight is the warmest of all.