Dancing is very popular in . It is because of the popular Lithuanian TV program, “Dance with me.” This program has continued to draw very high ratings for a long time. It is a dance contest with the winners going on to the finals. On one particular program on September 26, there was a very special judge, wearing all grey with shaved head. This particular show’s ratings were high due to this judge more than the participants. This judge was Ven. Bo Haeng, a monk ordained in the Jogye Order of Korean Buddhism who is from Kaunas, . It turns out that Ven. Bo Haeng is quite famous in . He used to be a popular actor and producer before becoming a monk. It was very big news to Lithuanians that such a star would suddenly become a monk to live in mountain temple. This visit to came immediately following a three-month meditation retreat. With the permission of the abbot of his temple in , Ven. Bo Haeng returned to his homeland. He’s been busy visiting family and setting up seminars and lectures about Korean Buddhism. 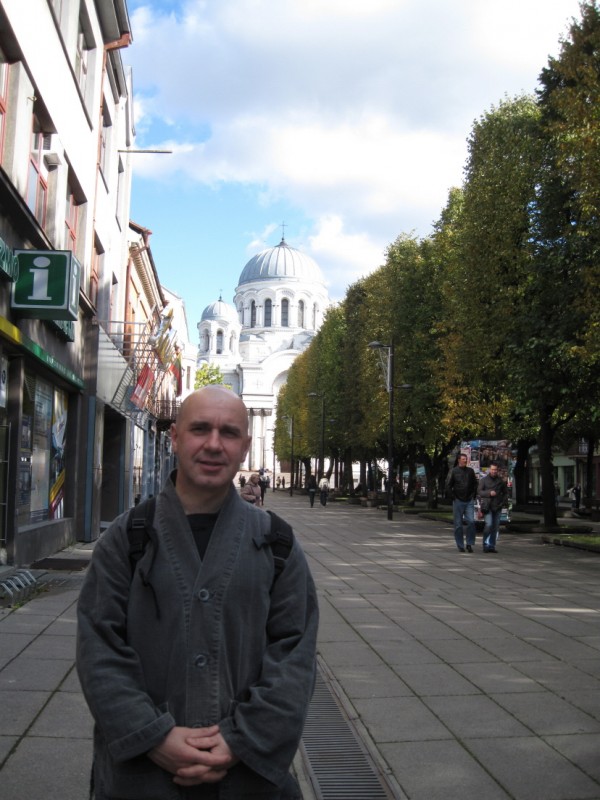 How does a Lithuanian living and practicing in feel and think about such a life? Why did he choose such a path? How is Buddhism perceived in a predominantly Catholic ?

Twenty years ago, no one could imagine that he would become monk. At 19, he was a normal young man with a wife and a dream just to be a “cool guy with a cigar in his mouth.” He enrolled at a technical university. He began work at a factory that made jeans and sweaters. However, his life changed directions when he applied for a pantomime actor position. After the divorce, his discontentment with socialism became more evident. He also became interested in religious and philosophical books, which were banned by the former Soviet Union. In particular, he was fascinated by Buddhism.

At last, in 1999, Ven. Bo Haeng came to , the land he had dreamed of, the home of his teacher Seon master Seung Sahn. He began his pursuit of monastic life. The initial years were pure suffering. He was constantly doing many chores like sweeping, and meditation was not easy to endure. He now says, “That was a necessary process to humble myself before others and to understand the world around me.” 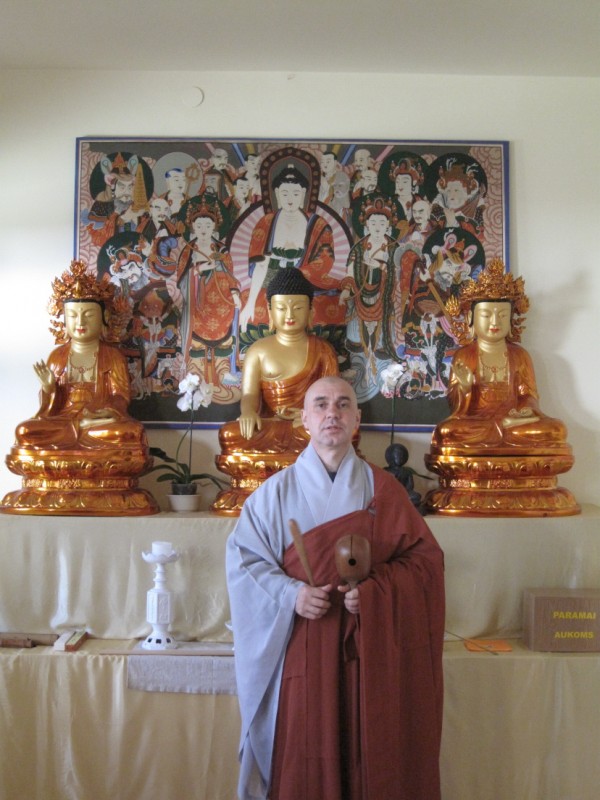 His initial impetus for coming to was not because of the appeal of . It was due to the relationship with Seon master Seung Sahn. Now he says is like heaven.

“Koreans are very kind and there are no problems for practicing. It’s just that my Korean is not very good, so it’s not easy to talk with Koreans and a little uncomfortable at the bank. Even compared to , is such a wonderful place to practice the heart of Buddhism.”

The interview for this article was conducted in Lithuanian, but his Korean seemed quite good. Nonetheless, he feels sorry for the lack of opportunities to speak Korean because mostly English is spoken at his temple, Musangsa. Mostly foreigners practice there, so English is the main language. In fact, Ven. Bohaeng even learned his English at MusangsaTemple. Ven. Bohaeng is quite used to Korean temple food. However, he sometimes will find the dark bread eaten in through Russians living in . He says he becomes homesick when he eats the bread. 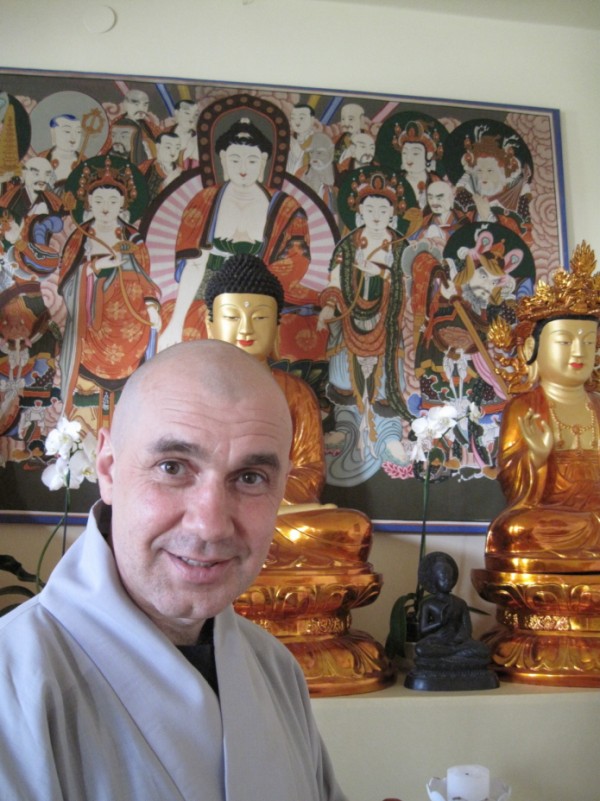 On his recent visit to , it’s easy to see the interest in Korean Buddhism by all the requests for interviews and lectures. However, there are only about 100 Lithuanians that practice in tradition of Seon master Seung Sahn. Moreover, Ven. Bohaeng doesn’t have great interest in converting Lithuanians to Buddhism.

Thus, Ven. Bohaeng doesn’t try to convert anyone to Buddhism. Rather, through Buddhism, he gives an opportunity for Lithuanians to get to know Korean Buddhist culture.

He is preparing to open a Korean Buddhist Seon (meditation) center in in 2011. Although there are no solid plans, he would like to have various cultural performances like monastic dance and traditional Korean music for the opening of this center. After his Lithuanian visit, Ven. Bohaeng plans to return to to sit for the winter retreat at JeonghyesaTemple. Currently, there are three Lithuanian monastics ordained in the Korean Buddhist tradition.