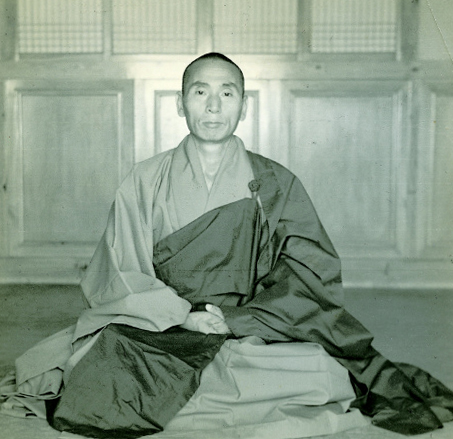 The following is a part of Dharma talks exchanged between the late Supreme Patriarch Seoam and his disciples, collected in the book "Sound without Sound" compiled by the disciples.

Only This; That Is All.
"Sunim, are you sure about the hereafter?"
"Do not be deluded either by coming or going.
There is only ’this;’ that is all."
A Dream
"Every perspective is but a dream.
This is the only thing one should realize;
A dream is but a dream."
"What, then, is not a dream?"
"A dream."
"What is the logic in your contradictory statement that
A dream is not a dream?"
"You are carrying around too many bags of this and that,
Of ’a dream’ and ’not a dream.’
Aren’t they heavy to carry around?"
Sure, I Will Come Back.
One day the Master visited a student of a fellow monk
Who has died, and asked the student:
"Your Master has gone to Heaven
And hasn’t come back, hasn’t he?
Was there a letter or a phone call from him by any chance?"
"No, Sunim."
"A heartless fellow."
And another student:
"Does that mean that
You will be coming back
When your turn comes around?"
"Sure, I will.
If you promise that you will study hard."
Almighty God, the Creator
One day an attendant asked the Master:
"Is there an almighty God who is the Creator?
"No!"
Another attendant asked the same question:
"Is there an almighty God who is the Creator?"
"Yes, there are as many as eighty-four thousand gods."
"You are now saying, ’Yes.’
Aren’t you contradicting yourself, Master?"
"All those gods are the creation of your mind."
Do You Have to Drink the Entire Ocean to Have a Taste of It?
Sunim was coming to Wonjeok Monastery by bus from Seoul. Sitting next to Sunim was a young man who was an adherent of a different religion. He asked Sunim:
"I understand that there are eighty-four thousand Buddhist sutras.
Have you read them all?"
"No, I have not."
"How can you call yourself a Sunim if you have not read them all?"
"Do you have to drink the entire ocean to know the taste of it?"
". . . "
My Hwadu Doesn’t Work.
Student: "My Hwadu doesn’t work.
I can hardly even breathe."
Master: "Good for you!"