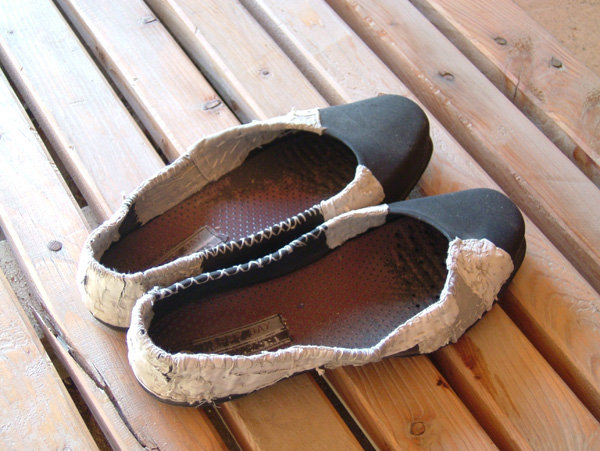 The supreme, profound, and sublime dharma is difficult to meet even in a billion eons. But now I have been fortunate enough to have seen it, heard it, received it and kept it. I vow to attain the true meaning of the Tathagata.
Homage to the dharmas that abide eternally in the ten directions. Homage to the Lokajyestha, the lord of worlds, Bodhisattva Mahasattva!

Hello, everyone!
Today my talk is called “A Stranger in His Hometown.”
In the early 1900s, there was a very famous monk named Venerable Manhae Sunim. He was a poet, a Seon master, and a resistance fighter during the Japanese colonial period. He wrote and published many books and articles including one entitled “Seon outside Seon.”
In Buddhist terminology, “Seon outside Seon” means that, even without using the terminology or practicing any form of meditation, people know what Seon is.
He wrote about an experience he had. He often used to visit to Seonhakwon temple in Seoul. In the street, there was a woman selling lettuce at the entrance of the Anguk-dong area. One day, a customer came to buy some lettuce, and she asked the vendor, “Why is it that these lettuce leaves are so small?” What the vendor replied was very interesting. She said, “No, these leaves are not small. If you think they are small, then they are small. If you think they are big, then they are big.”
On hearing this conversation, the monk was amazed. The woman did not know what meditation was; she didn’t even know where the meditation hall was. Even so, she was talking about Seon as she went about her daily business.
So what is Seon? It is mind, wisdom, and practice itself! Therefore, Seon is within our daily lives. This means that if you perceive things as tiny, then things will be insignificant, but if you perceive things as big, then things will be significant. This is a very important point.
Generally, people think, ”Because a thing is there I can see it. There is a mountain, therefore I can climb it.” This is absolutely wrong. We do not see things because they are there. Because there are things, we see them. There is a big difference. Consequently, the world looks different depending on how we perceive it.
Then you might ask, “Who created the world?” But this question assumes that there is only one world. In fact, there isn’t. The world seen by a mosquito is different from the world seen by a fly, or by a person, or by a raccoon. Each individual being makes his or her own world. For that reason, there are countless worlds in the universe. I myself make my own world. You yourself make your own world. Each child makes his or her own world. Each adult makes his or her world. In this way, many worlds are being created by people every second; that’s how it works.
For example, when you look at a pine tree, the way it looks depends on your mood. When you feel happy, the pine tree looks great, but when you are in pain, the pine tree looks terrible. So the first thing we should realize is that we see things as they appear to us, not as they really are. But we live without realizing this. So we can say that our home is a place where we can do as we like. In spite of this, we are always playing the role of a stranger in our hometown. Thus, the title of my talk today, “A Stranger in His Hometown” means that we live as strangers in our hometown because it exists only as we perceive it.
So we are called, “sentient beings.” We are wanderers, not because we have left our hometown, but because we do not know our origin. This is what I mean. Even for Venerable Manhae Sunim, this awakening didn’t come easily. In 1917, the year of the Snake, one evening he was practicing sitting meditation in a small temple called Ohsaeam Hermitage on Mt. Soraksan. The wind was blowing hard that night. Manhae heard something drop onto the temple roof and at that moment, he awoke to a profound new insight. So he wrote his enlightenment poem. Here it is:

Here he expresses his enlightenment. Because we see the world through our thoughts, we do not know where home is but if we see the world through wisdom, we will know where home is: the three thousands worlds are my home. Every place I go is my home. This is the main sense of this poem. Then if you truly wish to go there, what do you have to do? Have faith! Have faith and make every effort to ascend to the next level to the end of the journey, to where you can enter the room. After that, as you know, lead the other travelers, those without hometowns to their true home. This is the way of the bodhisattva, the way of the Buddha, and the way of all Buddhists. I will end here today. Thank you very much.
1) Gaoseng zhuan. K 1074, T. 2059; (14 fascicles). Compiled by Huijiao, ed. 慧皎: 18th year of Tianjian (天監), Liang dynasty (梁) (A.D. 519) in Jiaxiang Monastery (嘉祥寺), Guiji, ed. (會稽). 1 Nanjio 1490; Ono. 3:350b. The first attempt in China to compile the biographies of eminent monks and nuns, which covered the period from 67 CE (Latter Han) to 519 (Liang).
2) Huineng was a noted monk and he became the sixth patriarch of the Chan School; he died in 713.
3) Eyes, ears, nose, tongue, body and mind
4) Mind and cognition.