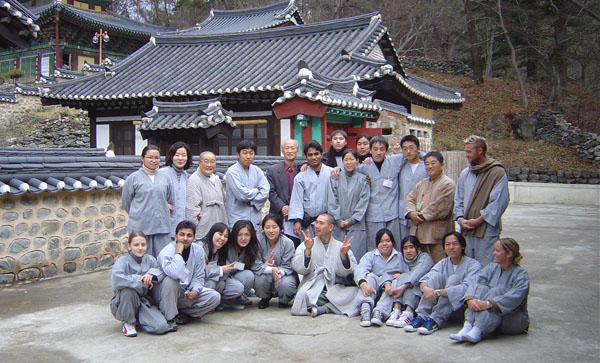 "You know the world’s messed up when the best golfer is black [Tiger Woods], and the best rapper is white [Eminem]," quipped the basketball great Charles Barkley. Barkley taps into something important about how it is becoming harder to assume that race, country, and identity are as closely aligned as they were even twenty years ago.

A friend of mine who was born and raised in Korea is now going to school here in America. He recently met and decided to marry an ethnically Korean woman born and raised in America. This summer, he has an internship in Seoul, and his fiance will be flying over in a few weeks to meet his parents. This is her very first trip to Korea. I’m a little worried for her: although she understands spoken Korean without a problem, replying in full sentences is difficult for her. When she’s in Korea, because she looks Korean, people will assume that she can converse easily. When I visit Korea, on the other hand, no one has any expectations of me as a white person--of course I can’t speak Korean, and most social gaffes I’m excused from. But this poor woman has no escapes or excuses.

I find that many of my Korean American friends have had to wrestle with the question of identity at very deep, and often painful, levels. It’s already hard enough for any young adult to discover their true identity--style, personality, profession, education--but the issue is made even more difficult when you add in the culture of another country.

To some extent, even though I am a white American and that is supposed to make it easy for me to wrap myself in a pre-made identity, I can empathize with the challenges my Korean and Korean American friends face. As a non-Asian Buddhist, and raised outside the mainstream in the funky, hippie world of a Zen commune that did tai chi chuan and hatha yoga, I have also had to figure out what I wanted to identify myself with and how to explain that to people who made assumptions--based on my blonde hair and blue eyes--about who I was. The name "Sumi" is usually a starting point.

Still, I have never felt entirely settled in my identity, and of the many Koreans and Korean Americans I know, none of them have come to a conclusion, either. This has made me think about what Buddhism has to say on the issue of identity. Buddhism says there is no self, no abiding essence, soul, spirit, whatever that we can certify as permanent. Instead, Buddhism would say that we are a constellation of habits, karma, physical components, etc. that all swirl together to form the impression of what we, with language, call a "person."

But I think this Buddhist philosophy can be seen two ways. On the one hand we can throw up our hands and say, "Okay, forget finding an identity because I don’t have one-it’s all impermanent and empty." That’s a pretty discouraging thought. On the other hand, we can find a more positive understanding by considering that Buddhism is pointing out that a person is composed of many layers of qualities. So, instead of running around looking for a "true" self, which implies just one self, an "I am THIS" mentality, we can relax into knowing that we are highly complex, multi-dimensional beings. We can say, "I am all these things, including confusion." Accepting this in others and ourselves will undercut assumptions and help us to relieve identity confusion.