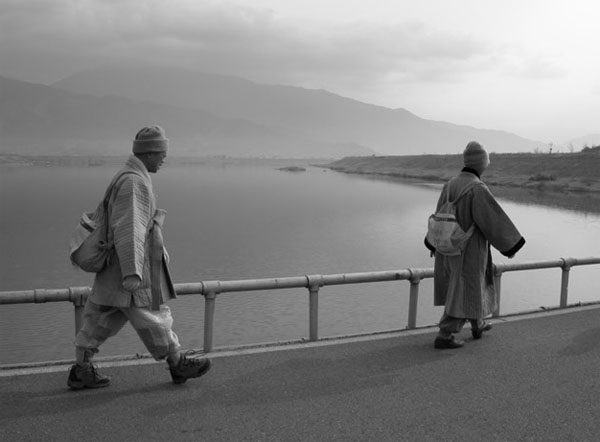 The Mahkasyapa and Ananda that we know and recognize today reflect the values of the Seon schools that emerged much later, and are therefore different from the two who lived at the time of the Buddha. In fact, the current depictions of many people who appeared throughout history are a reflection of the expectations and prejudices of those who followed, rather than accurate descriptions.

In the early days when the Doctrinal school had gained much power, although the Seon school was like a servant allocated a small room in a great Vinaya temple, the Seon practitioners disregarded the situation and focused their minds only on practice.

To the ascetics who were accustomed to the practice of austerities, adherents of the Doctrinal school were like parrots endlessly reciting the Buddha’s words, fools looked down upon for their admiration of useless sutras who were far from the enlightenment of mind.

Thus, although Ananda was foremost in remembering the teachings of the Buddha and therefore was of great importance in their compilation, a similar atmosphere of contempt led to his banishment at the gate of the first council, presided over by Mahakasyapa. (He was, however, later to become the third partriarch of the Seon school).

As one who practiced austerities, Mahakasyapa was closest to being an ideal Seon practitioner. Although he was an elder, he never avoided physical labour. One day a young novice monk saw him doing the heavy work of kneading mud to plaster his walls and asked, “Noble One, why do you do such rough work yourself?” Mahakasyapa asked in return, “If I don’t do it myself, who will?” (Collection of Seon Dialogues and Verses (Kor. Seon mun yeom seong), case 79).

Finally, to conclude the discussion of the Seon school, it is also recorded that Ananda, who is representative of the Doctrinal school, asked Mahakasyapa, “Besides giving you the golden robe, what did the Buddha teach you?” (Collection of Seon Dialogues and Verses, case 81).

These examples indicate that effort was made to also include the Buddha’s speech in the analects of Seon. In fact, the first chronicle of the Seon school in China, the Transmission of Baolin (寶林傳) includes the entire Sutra in Forty-two Sections (Dvachatvarimshat-khanda Sutra). Whereas the inclusion of sections of text from sutras was common, the purposeful inclusion of the entire sutra is indicative of a more important intent.

The Sutra in Forty-two Sections was the first sutra to be introduced into China. It was carried to China on a white horse, which died from exhaustion on the way to China. As a tribute to it’s virtue, the first temple to be established in China was called White Horse Temple (白馬寺). By the time the Transmission of Baolin was compiled, this sutra had already served as an introduction which popularized Buddhism for the Chinese.

The sutra was reinterpreted from the point of view of Seon for incorporation into the historical records of the Transmission of Baolin, and was thereby endowed with the authority to serve as the first analects of the Buddha to be included in the records of the Seon school.

Indeed, in this way the Seon adherents wished to demonstrate that they in truth most closely conformed to the mind of the Buddha, exclaiming, “Look here and see!” Reflected also is their attitude of the historical and practical superiority of, and confidence in, the Seon school.

In this way, the Sutra in Forty-two Sections that was included in the Transmission of Baolin became the first Seon analects. This also served the purpose of setting a precedent for the elevation of Seon analects to the level of sutras. Hence, the Sutra in Forty-two Sections, along with the Testament Sutra (佛遺敎經; the last words of the Buddha before his parinirvana) and the Analects of Weishan (潙山警策; teaching of Seon master Weishan) together were referred to as “The Three Sutras of the Buddha and the Patriarchs” (佛祖三經). These were considered to be required reading, and afforded the same status as sutras.

In general, what we call “history” can not be other than that which has been coloured by the views of the present. In the present discussion we see that in the development of Seon Buddhism as a new form Buddhism based on practice, it absorbed values not only from Chinese Buddhism but from all other sects as well.

Thus, the history of Buddhism, interpreted from the point of view of the Seon school becomes the new history of Seon Buddhism. Nevertheless, it should not be forgotten that Seon Buddhism developed during the Tang and Song periods in China, when Buddhism was at the peak of its prosperity.