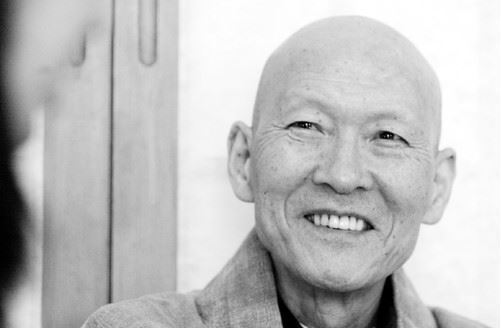 I had to leave my monastery too often before the 15th of April on the lunar calendar, the opening day of the summer retreat, because of the work of producing a book. I don’t think it’s useless because it’s relevant to the world, but looking back, I had a busy and hard time in and out.

Now it’s time to settle for my monastic life again. An old Buddhist meditation master said in his teaching: “You should rise higher and higher sometimes(有時高高峰頂立) and sometimes you should sink deeper and deeper under the water(有時深深海低行).” The period of the meditation retreat is the time for sinking deeper and deeper. You should mature in the course of the sinking, thereby being able to have the potential to soar high again.

In retrospect, I could raise myself and escape from being lazy during that time thanks to the teachings of the former masters.

In my novice monk days when I had practiced within and without in Haein-sa Temple for around 10 years, I strove after considerable virtue by watching and listening to virtuous merits of senior monks. In semblance, I was a Seon monk but the inside of me was really stupid. Following the tacit teachings of the senior monks who had cultivated virtue, I could be greatly influenced by them each time and gradually get out of the stupidity.

I had prayed every morning and evening at the sutra repository of the monastery library, Haein-sa Temple, in order to earn my mental pabulum every day. That’s what I have potentially sustained myself who lives alone until now. It’s significant that you have a strong mind to practice the praying steadily.

It’s important to pray steadily because if you skip it once or twice by chance, the rhythm of it will be broken.

There’s still the teaching on the verse couplet of the pillar, the sutra repository: “Where is Buddha?(圓覺道場何處)That’s the place where you are now(現今生死卽時).” Whenever I saw the verse couplet, I felt a shiver. I felt it exclaimed what the nature of religion is and where the position of it is.

The teaching of Chinese Chan master Linji is the same: “The time is now and there is no other time(現今卽是更無時節).”

Azaleas around my small house were worth seeing quite a while. They’re beautiful to behold, but they’re more beautiful when you look at them through the window. Here’s the secret of looking at things. That’s what being properly hidden is more beautiful than being completely exposed. I think we’d better think about it in the summer for exposure.