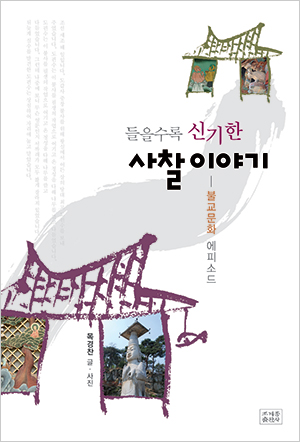 The reason of religious doctrine is as follows. Buddhas who attained Paranirvana has no form and they can not be seen with our naked eyes. Therefore, since it has no form, it is not possible to represent the perfectly enlightened Buddha in ordinary human image. What about the reason of religious faith? Representing the Buddha in ordinary human form was seen as disrespectful. Moreover, for the Buddhas who attained perfect enlightenment with unfathomably infinite merits can not be revealed in constrained physical form.

However, how we view the image of the Buddha began to change, and together with the Buddhist disciples’ great aspirations, Buddha statues began to be created. This does not mean that reasons of religious doctrine and faith listed above have less merit or is false. In fact, even with the construction of the Buddha statues and images, teachings of the Buddha and our respect for him increased even more.

A very good example of this is the image of the Buddha with particularly large upper body or head. When you look very carefully at the picture of the Buddha in Korea, they mostly have a disproportionately large head in comparison to the rest of the body. This is also true not only of pictures but of the Buddha’s statues.

We must wonder why the heads appear particularly larger than the rest of the body. In fact, there is a very profound teaching in this. Normally, when we view the images of the Buddha, we would look up with reverence from below. Naturally, the object located further away appears smaller compare to the object nearby. Therefore, the head must be created larger in order for the whole body to appear proportionate.

When I first heard this explanation, I exclaimed with surprise by its thoughtful deliberation and I told this story to people as if I found a hidden treasure. In fact, there is another good teaching on this precious treasure.

Master Shim In Bo showed two different pictures of the Avalokiteshvara in white robe from Muwi-sa Temple, South Korea. The first picture was taken at the eye level, and the other was taken from the level where the worshippers kneel in supplication. The picture of the Buddha taken at the eye level shows large upper body and head with shorter legs, similar to that of animation characters. However, the picture taken from the perspective of the worshippers has beautifully proportionate image of the Buddha. Since the Buddha Hall is quite small, the Avalokteshvara may only be viewed from far below in Musi-sa. Therefore, the reason for creating a small lower body was because the artist kept in mind of the worshippers viewing from below. From that humble location beneath the statue, Boddhisattvas will appear with all of their perfect completeness. Master Shim In Bo tells the following story when he describes the image of the Buddha.

You will see the true beauty of the Buddha

When you learn to be humble and lower yourself