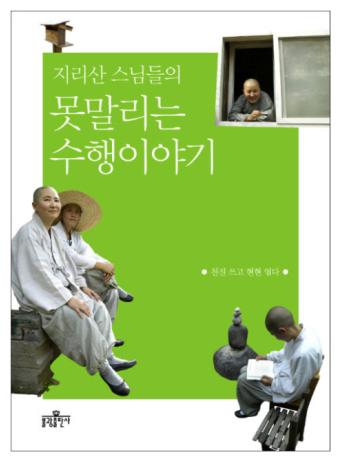 My teacher Ven. Jeongbong came to live at the Maekjeongol Cave in 1994. Having renounced everything, he lived the previous three years on Mount Taebaek. Thereafter, with only the Lotus Sutra and the Surangama Sutra, he came to the Hwagaegol area of Mount Jiri. Without knowing the place at all, he asked passerbyes if there is a cave suitable for practice. Someone told him of this village and that’s how he came to this place. At the entrance to the village he asked someone where the cave is, and it was indicated to be half way up the mountain. He climbed the mountain and immediately found the cave.

I had once visited the cave with him and it seemed impossible to find this cave so easily. To call it a cave is bit of an exaggeration. It’s more of hollowed out hole in a rock. It leaks when it rains and in the summer, the mosquitoes and bugs are on the attack. In the winter, there is a piercingly cold wind. People would find it difficult to spend one night in such a place. To think that he spent three years there…

However, he said that he was so happy to practice with all his heart, earnestly relying on himself and the sutras, which are the Buddha’s teachings. In the first year, he only ate roasted-grain flour (misut-garu), and he said everything turned as he wished and as it should have. Ven. Hyeonhyeon visited him at this time. She said that instead of a stench from the hardly-washed body of Ven. Jeongbong, there was light radiating from his face.

Why did Ven. Jeongbong go to live in the cave? I asked him this once, and he replied that he could no longer rely on an external teacher.

After deciding to become a monk, Ven. Jeongbong looked for a long time for a teacher in numerous places. He met a renowned teacher in Busan. He practiced there for three years, serving him with all his heart. He learned a lot about meditation, but in the end he was not satisfied and left. This teacher had an unshakable teaching regarding the original nature of the mind. However, regarding the way the teacher should lead each student according to their capacity, Ven. Jeongbong could not find fulfillment.

Thereafter, Ven. Jeongbong practiced at a Lotus Sutra temple on Mount Taebaek. At the time, this temple was famous for having a great teacher. This teacher had great clairvoyance, so he was very skillful in guiding disciples. However, his view and discipline were not correct. This led to many people being deluded. Practice in this place was unbearably difficult. Although, he practiced meditation outdoors from midnight to 4 a.m. without moving an inch in the cold of winter, he still did not find the teacher he had been longing for.

In this way, Ven. Jeongbong met, followed, and sought teachings from many teachers in various places. However, not following any teacher, he decided to take himself as the teacher to sincerely practice relying on the Buddha’s teachings. Thus, he came to Mount Jiri.

On the last day of the three years of practicing in the cave, Ven. Jeongbong vowed to only live for beings and repay the blessings of the Buddha in this and future lives, just like the great vow he made in the past.

As his first meritorious action, he prepared bokjoris (small straw rice strainers). He went throughout the village of the Hwagaegol area and threw a bokjori in the courtyard of each house with a light on in the early morning. He made the aspiration that just as we pick out rocks from the rice, may all beings pick out the rocks of the three poisons to have a good heart.

As his second meritorious action, he printed copies of the Surangama Sutra and passed them out whenever there was an opportunity. He always stressed the importance of practitioners to adhere to practice just as it is stated in the Surangama Sutra.

As his third meritorious action, he made by hand octagonal lotus lanterns to hang them on the village houses. Likewise, he hung large lanterns on the road from Ssanggyesa Temple to Chilbulsa Temple. He made aspirations that each person who sees the lanterns will enter the Buddha dharma to become enlightened.

Just like the great vow that Ven. Jeongbong made at the cave, may all temples where the Buddha dharma is practiced (not only our own temple) become a place of the wisdom of prajna and the skillful means of compassion, and may all practitioners fully accomplish the path to enlightenment. Ven. Jeongbong mentioned that he would like to thank all the people that quietly supported him during the practice at the cave. 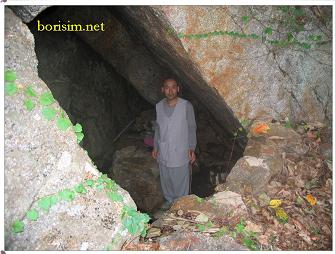