Appointed to the 9th Committee are Ven. Wongyeong (Director of the Social Affairs Office), Ven. Myeongbeop and Ven. Seongjin who are renowned for their social, academic, and cultural contributions. 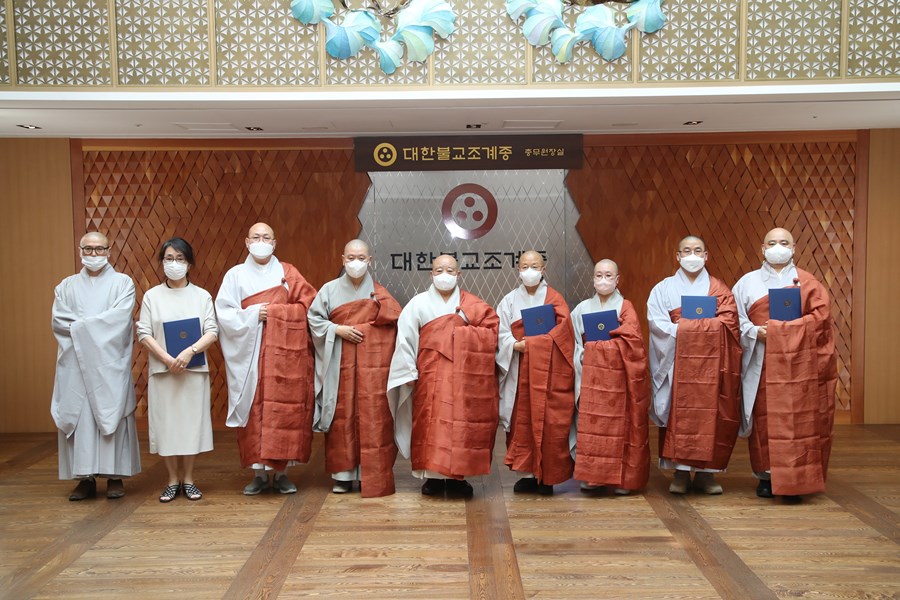 Most Ven. Wonhaeng (middle), the president of the Jogye Order withmembers of the new 9th Foreign Exchanges Advisory Committee tasked to advise the Order on the matters regarding its foreign policies and international relations.

Most Ven. Wonhaeng, the president of the Jogye Order of Korean Buddhism, launched the 9th Advisory Committee for Foreign Exchanges by naming the new committee members on June 30 at the ceremony held in the Korean Buddhist History and Culture Memorial Hall. The Committee is tasked to advise the Jogye Order on the matters regarding its foreign policies and international relations.

The 9thCommitteeis composed of eight members, namely Ven. Wongyeong, Ven. Jeongin, Director of the Dharma Propagation Bureau, Ven. Myeongbeop, the director of Metaphor and Mind Institute, Ven. Seongjin, the secretary-general of Special Military District, Ven. Jeongbeom, the head of the International Buddhist Network, Ven. Munjong, who is propagating Korean Buddhism at Baekrim-sa Temple in New York, USA, Ven. Gyeongwon, the Jogye Order-sponsored Buddhist scholar, and Dr. Eunsu Jo, a professor of philosophy at Seoul National University.The Foreign Exchanges Advisory Committee is traditionally chaired by the director of the Social Affairs Office, who said that the new members were selected based on their social, academic, and cultural achievements.

Most Ven. Wonhaeng, as he presented the new committee members with the letter of appointment, asked them to assist the Jogye Order in its efforts to globalize Korean Buddhism and bring it to the rest of the world.

He said, “International issues are becoming more and more important to the Jogye Order, especially in the area of inter-Korean dialogue and matters related to the United Nations. Your expertise would be invaluable in this regard, so I urge you to do your best in your respective fields to serve the Order.” 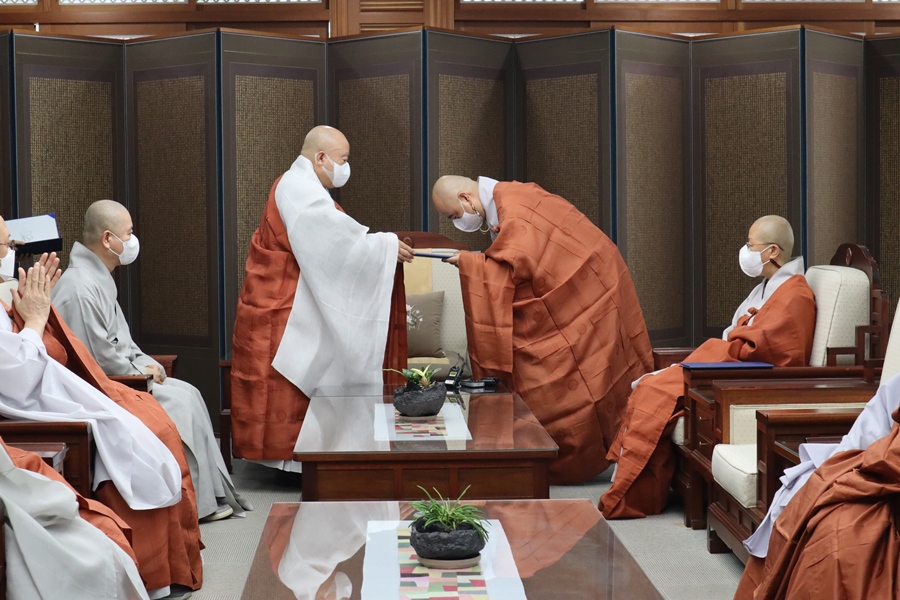 Most Ven. Wonhaeng presenting Ven. Seongjin with the letter of appointment 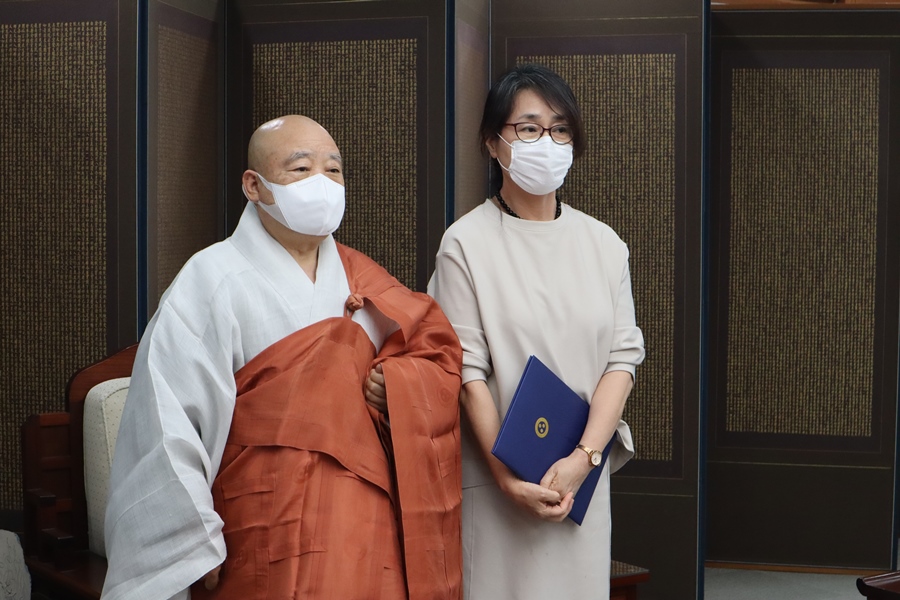 In response, the members of the 9th Committee pledged to devote themselves to facilitating an increased presence of the Jogye Order on the international stage.

Ven. Myeongbeop, the director of Metaphor and Mind Institute said, “The Committee members will put our heads together to come up with ideas to propagate Korean Buddhism online to overcome the restrictions imposed by COVID-19.”

Professor Jo also said “We have been lamenting the fact that Korean Buddhism is relatively little known to the world, but the situation has not changed much over the years. Now, most temples have a website, but many of them post only about cultural artifacts the temples own, not about living, breathing Buddhism shared and practiced every day. This is the area I would like to focus on.” 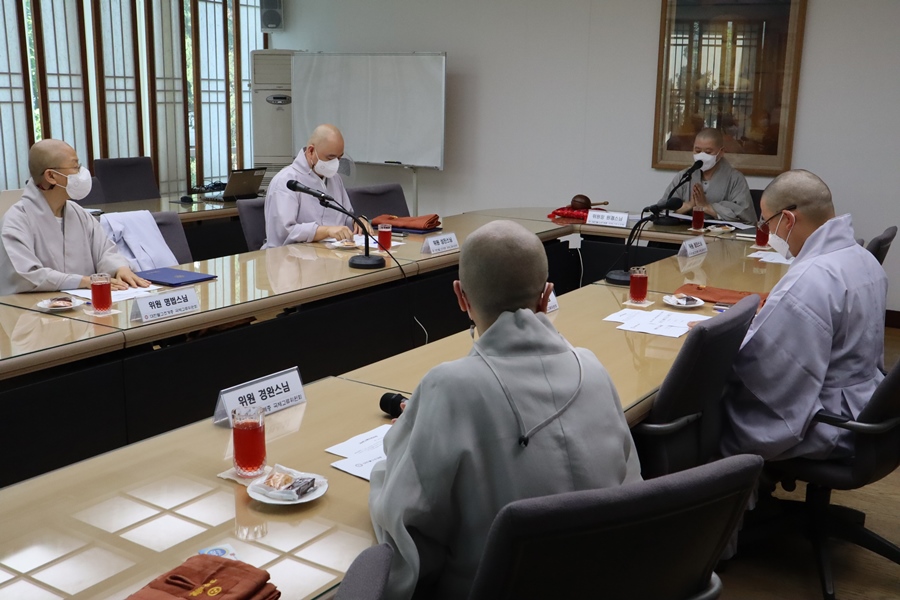 The 9th Committee convened for its first meeting

The 9th Foreign Exchanges Advisory Committee will counsel the Order until June 29, 2023, when their 2-year term ends. The Jogye Order has been appointing monastics and lay Buddhists knowledgeable and experienced in international affairs to serve the Order in an advisory capacity.