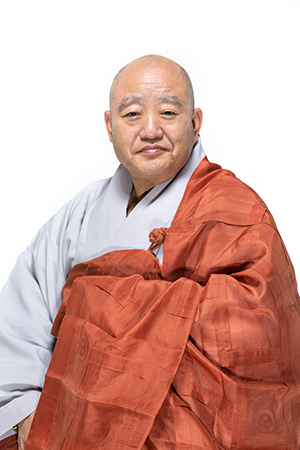 It was an inconspicuous beginning, with a baby boy born in a small kingdom nestled at the foot of a Himalayan mountain. Before long, however, the news that a true spring had come to the earth spread throughout the world, preceded by blooming flowers. The little boy’s declaration of “Three realms are nothing but suffering, but I will bring peace to them,” uttered upon his birth,reverberated in the minds of the people all over the world.

The Buddha’s Birthday celebration this year is special. It has been traditionally honored on the 1st of April in the lunar calendar, but we have extra lunar month this year, and the ceremony is held not in the first April, but in the leap month April. COVID-19 has changed everything we have taken for granted. This dangerous virus that has threatened so many lives forced the entire nation to practice social distancing, and the Buddhist community acted swiftly and decisively to join the nation’s effort to fight this deadly disease.

Not only did we postpone the Buddha’s Birthday celebration by one month, we also decided to cancel the Lotus Lantern Festival altogether, the biggest religious event of the year for all Buddhists around the nation, because there can be nothing more precious than the safety of the nation and the health of its people. During that extra lunar month, while the whole country was waiting for the Buddha’s Birthday celebration to be resumed, the monastics and the laity alike joined in the ardent prayer for the well-being of Korean people, though they were no longer allowed to congregate together.

These were not easily made decisions. However, there was no doubt or hesitation either, because Buddhism is nothing if it is not based on the Great Loving-kindness and Compassion as expressed so clearly in the Buddha’s first words after his birth.

But those hard decisions were not the extent of the compassion in actionpracticed by the Buddhist community. Receiving the emergency disaster cash from the government, 5,000 monks and nuns donated the money to be used for those who are less fortunate. The Buddhist temples and organizations throughout the nation are busy extending helping hands to the medical professionals who are on the front line of the war against the virus, and rendering support to our neighbors in need of our assistance. Deeply impressed in the DNA of all Korean Buddhists is the tradition of defending the country and bringing comfort to its people in times of crisis. The Korean Buddhists are already establishing the Buddha Land on this earth, where a buddha is born every day, and the compassion is the rule of the day. It is first and foremost the concerted efforts of the four-fold community that enabled this auspicious event today.

We also owe special thanks to President Moon, as well as to the government officials, health workers and citizens. Without the sacrifice and commitment they have shown during the coronavirus crisis, today’s ceremony would not have been possible. In a sense, everyone in Korea has facilitated and contributed to today’s celebration of the Buddha’s Birthday. We Buddhists perhaps owe the biggest thanks to the people of Korea.

From COVID-19, we learned firsthand, and at great personal cost, how even these tiniest of creatures invisible to our naked eyes can rock the whole world. Master Euisang taught us in his Beopseongge, or Song of Dharma Nature, that ‘All is in one, and one is in all; every grain of sand contains the cosmos in its entirety.’

It is not just each coronavirus that contains the entire universe in it. Each of us is sacred, a universe onto itself, each already complete and whole. Everything we think, say and do cannot help but affect the whole world at every level. The world does not exist separately from us; it is renewed and recreated at every moment by us. There is no objectively perceived, absolute reality apart from the perceiver. Therefore, if we all think, speak and act like a buddha, the majestic Buddha Land as described in the Avatamsaka Sutra (The Flower Garland Sutra) will unfold on this earth.

This year, the Jogye Order has conducted a large scale survey asking many monks and nuns about the future of Korean Buddhism. Surprisingly, the overwhelming majority prefers to focus on how Korean Buddhism can serve the fast changing society in new and innovative ways, rather than ruminating over the past, no matter how glorious our history has been. The Jogye Order will continue with the Million Vows Assembly campaign, launchedto better implement the wishes of monastics and lay faithfuls. It will establish a variety of theories and practices by which the Buddha-dharma can be better introduced to the benefit of the modern society, and train people who will dedicate their lives to the betterment of all sentient beings’ lives. The million Bodhisattvas with a million different vows will go to a million different corners of the world, turning each corner they reach into a flower blooming Buddha Land in a million different ways.

I pray that everyone’s life may be rich with wise and compassionate blessings of the Buddha.