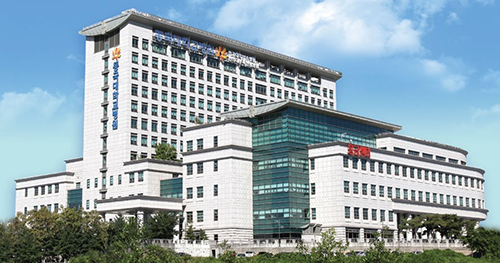 With Korea’s rapidly aging society, the monks and nuns of the Jogye Order is getting old quickly too. Now, 1/3 of all the ordained monks and nuns are over the age of 65, which will reach 36.1% in 2024 and 54.8% in 2034. This means the Buddhist monastic community is not exempt from the challenges of aging population.

The voice is raised and gaining momentum to establish Buddhist hospitals, sanitariums and care homes, amid the growing concerns as we hear more and more stories of aged monastics forced to leave the temple and fend for themselves, ended up relying their livelihood solely on the government welfare grant for the lowest income bracket. There are even cases in which the old monks and nuns were compelled to convert to other religions in exchange for a residency in care facilities.

As the need for the welfare system for monks and nuns arose, the Jogye Order of Korean Buddhism launched in 2011 the Sangha Welfare Foundation to raise fund and come up with welfare policies within the Order. Since the Foundation started 8 years ago with the aim of taking care of those who have dedicated their lives to Buddhism ‘from ordination to parinirvana,’ the Jogye Order has been surely and steadily improving its safety net for its Sangha members.

But there are still much to be done until the Jogye Order of Korean Buddhism will provide perfect welfare for all of its monastic members amounting to 13,000. But it is increasingly stabilized as the Jogye Order provides support and resources to headquarter temples which take specific actions for the monks and nuns in their districts.

Progress is slow for the project of building a sanitarium or care home for monastic Sangha, which requires a large investment. This is why it is included as one of the 4 major projects of the Million Vows Assembly movement. It is its firm belief that the slogan of “from ordination to parinirvana” can be achieved if only the Jogye Order operates its own Buddhist sanitarium and care home.

Since the launch of the Million Vows Assembly campaign, the Jogye Order has considered several options from different angles. They also visited and reviewed other examples within the broader Buddhist community, such as Paramita care home in Anseong City and the welfare system for the elderly operated by Won Buddhism to set up an appropriate framework.

The agreement so far is that the most effective model would be an affiliated medical hospital operating side by side. Therefore, the Dongkuk University Hospital in Ilsan is being considered as the most likely candidate for the first such facility. A sanitarium or care home affiliated with the Dongkuk University Hospital in Gyeongju is likely to come next, followed by a similar facility in the southwest region of Korea.

Once the land deal is finalized and the site is secured, the Jogye Order will come up with more detailed construction and operation plans for the sanitarium and care home. The memorial for the October 27 Incident, which is to restore the honor of the victims of the persecution, will also be built on the same site. The project is estimated to take a total of three years from creating architectural design and obtaining government approval to completing construction.

Ven. Geumgok, Director of General Affairs at the Jogye Order of Korea Buddhism and Chairperson of the Sangha Welfare Foundation, is in charge of the project. He said, “

To have the sanitarium or care home owned and operated by the Jogye Order is a foundation necessary to establish a proper welfare system for the monastic Sangha in which the monks and nuns are taken care of when they advance in age,” and emphasized, “It will be far more than a mere care facility for the elderly. It will be yet another spiritual community where the Sangha members can practice and devote their lives to Buddhism till their last breath.”