The Day of the Buddha’s Enlightenment Celebrated at Jeonghye-sa Temple in Orange County, California

Jeonghye-sa Temple in Orange County, California celebrated the Day of the Buddha’s Enlightenment on January 20, 2019, one week after the actual date. The Dharma talk was followed by festive performances to commemorate the occasion, praising the Buddha’s perfect enlightenment with a great joy.

The event was most meaningful in that it was hosted by two masters of ceremony in both English and Korean, and organized mainly through the initiatives by the younger generation such as Ms. Yoon-ji Joo. Now a junior at college, Ms. Joo has been attending the temple since she was little and she choreographed and taught the dance every week in preparation for the commemorative performance.

Jeonghye-sa Temple Choir also prepared a very special feat, presentingWe Take Refuge in the Buddhain sign language under the guidance of conductor Do-young Lee, for which the Choir got together to practice every other week.We Take Refuge in the Buddhawas followed byI Love YouandUnconditionally, to which the choir danced while they were singing, concluding the day’s event.

With the Dharma Hall resonating withI Love YouandUnconditionally, everyone has a precious time reflecting upon their life so far and looking forward to the path ahead of us. 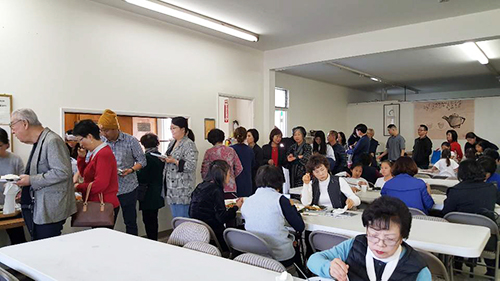 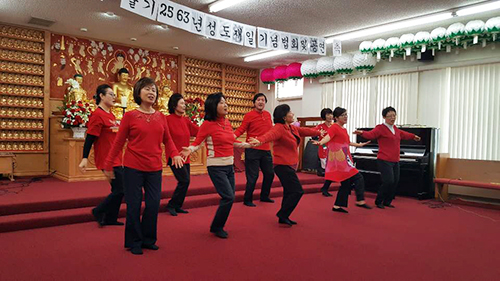 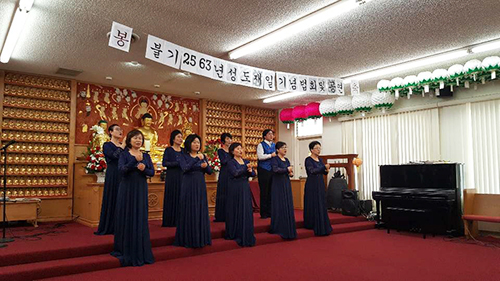