Walk the Path of Freedom and Compassion
- The Jogye Order is looking for candidates who will devote their lives to walking the path of&nbsp;
freedom and compassion

1. The Bureau of Education under the Jogye Order of Korean Buddhism (Director: Ven. Hyeoneung) has unveiled a poster with the slogan “Walk the Path of Freedom and Compassion”to recruit candidates for monastic ordinationin the second half of 2019. The Jogye Order’s Bureau of Education sets aside a 2-month period twice a year (January-February and July-August) during which time providing guidance and counseling for those who are interested in becoming ordained into monastic life will be one of its high priorities.

2. The poster will be distributed nationwide to all major Jogye Order temples. It will also be posted on all key Jogye Order websites and social media pages (including Youtube).

3.The poster depicts a monk looking over the vast world in front of him, where forest covered mountains, a huge metropolis and a temple nestle harmoniously side by side. The monk has climbed up from the temple where he devotes his life to practice in order to read and write in the mountains. He then sets aside a sutra and laptop computer for a while and rests, gazing down at the wide world in front of him. The monk, who has gained true freedom from suffering by becoming a monk, is about to face the world with compassion.

4. If you are interested in becoming an ordained Buddhist monk or nun with the Jogye Order during the second half of 2019,it is generally recommended that you join the order in the July-August period.However, this does NOT mean that candidates can onlyregister duringthis 2-month period. One can join the monastic order and initiate the ordination process any time throughout the year at any Jogye Order temple. Those who enter the monastic sangha in the 2019 July-August period will receive sramanera or sramaneri (novice) ordination in February 2020. Candidates for full ordination must be over 13 years of age and under 50. Applicants for retiree ordination must be between the ages of 51 and 65.

5.Ordained members of the Jogye Order will be offered housing, education and medical benefits, as well as subsidies for Korea’s National Health Care premiums and National Pension Fund contributions. For those under 30 who are accepted into the Buddhist studies departments at Dongguk University or Central Monastic University will receive a full scholarship at the undergraduate level. Those who have not completed Korea’s mandatory military service can serve in the Korean military as a Buddhist chaplain.

6. Please call the ordination hot line at 1666-7987 or the Training Team at the Bureau of Education at 02-2011-1801, 1817 if you have any questions. Fully ordained monks or nuns will be availableto offer counseling. For moredetailed information, please visit monk.buddhism.or.kr.

Ordination Guidelines, Second Half of 2019

Walk the Path of Freedom and Compassion

• If interested,werecommend you join in the July-August period (to be considered for novice ordination in Feb. 2020)

※ One can join the monastic order anytime throughout the year.

• Who is qualified? Anyone between the ages of 13~50, who dreams of a life of great freedom.

(Those who were born afterDecember 31, 1970will be consideredas under 50)

• Where should I go to be ordained?Any Jogye Order temple in the country

• Steps to take to register

② Receive counseling from a fully ordained monk or nun from the temple you have chosen.

※ Those under 19 are exempt fromthe6-month postulant training 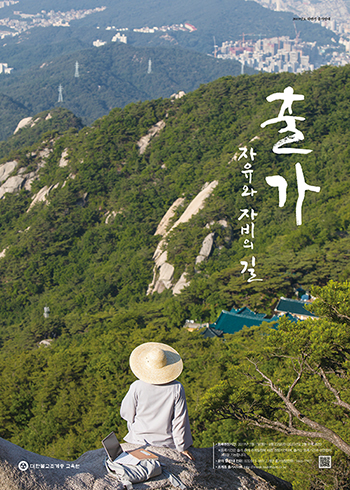