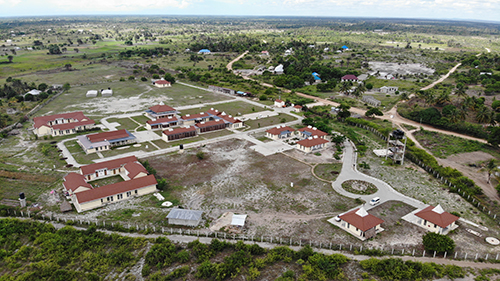 There is a saying in Africa that goes, “Haraka haraka haina baraka, polepole ni mwendo,” which means, “No blessing comes from being in haste, and easy is how nature moves.” Time indeed crawls leisurely along in Africa. You can imagine how frustrating, even maddening, Koreans would find it, given the fact that one of the first Korean words many foreigners pick up when they come to Korea is ‘palipali,’ which means ‘quickly, quickly.’

Borigaram Agriculture Technical College is in Tanzania, Africa, where time moves slowly. The Jogye Order dispatched a team in 2013 to Tanzania to establish the school, which opened its doors to students on September 5, 2016. It took three years for the Jogye Order team, from applying for and receiving accreditation and registering the land, to designing and constructing the campus. Borigaram Agriculture Technical College is one of the international projects the Jogye Order has launched to illustrate its firm belief that all human beings should have equal opportunity to pursue a better quality of life unhampered by such barriers as class, nationality, ethnicity or gender. Providing higher education is one of the most effective ways to propagate Korean Buddhism in Africa by helping the younger generation break out of the vicious cycle of poverty plaguing the Dark Continent, which is virtually virgin land for Buddhism.

In a speech commemorating the opening of the school, Tanzania’s Vice Minister of Agriculture thanked the Jogye Order on behalf of the Tanzanian people for founding an agricultural college based on the Buddha’s teachings, saying that agricultural experts were just what Tanzania needed desperately, and it was particularly inspiring that such timely support came from a nation that had also suffered under colonial rule but had recovered so spectacularly.

Now in its third year, Borigaram Agriculture Technical College has around 130 students enrolled, all of whom are required to live on campus. Female students find living in dormitories a special privilege, because in African culture, young girls are often saddled with domestic chores all day from an early age, which makes it difficult for them to excel academically. The campus looked a bit desolate when it first opened, almost barren except for the buildings, but it is now liberally decorated with greenery, thanks to the concerted efforts of the community of students, faculty members and monks living and working together on campus.

Being 30km from the nearest city, the school is hard to reach by car since there is no paved road leading to it. Electricity, previously unavailable, is one of the modern wonders the school has brought to the region. Now, the entire community is enjoying the benefits of electricity, which makes the lives of the local residents not only more convenient but also safer.

The Jogye Order also began serving breakfast to the pupils at the local elementary schools in 2014, before Borigaram Agriculture Technical College even opened. Every morning, ugali, the traditional porridge made from cornmeal, is served during recess. It is amazing how this simple native porridge, which costs only 3 cents per bowl, has changed the lives of these children. Mukamba Elementary had been a small country school with only 250 students. Most of them used to come to school in the morning on an empty stomach, often found slumped in their chairs in hunger during class. Now, fortified in both mind and body with a warm bowl of ugalifilling their bellies, over 400 children attend Mukamba Elementary. Two other elementary schools now providing breakfast have nearly doubled their enrollment as well. Seeing what a difference a small bowl of cornmeal porridge can make, and how it can attract children to school, the Jogye Order plans to expand the gift of breakfast to schools in more remote areas.

Perhaps it is Koreans who receive the gift of this ancient African wisdom, the wisdom that teaches us how to re-attune ourselves to the unhurried flow of nature, and that slow and steady is how Mother Nature moves. The Jogye Order hopes that the changes three cents worth of porridge has enabled will help cultivate the future agricultural experts who are now studying hard under the bodhi tree at Borigaram Agriculture Technical College, experts who will determine the future of Africa. 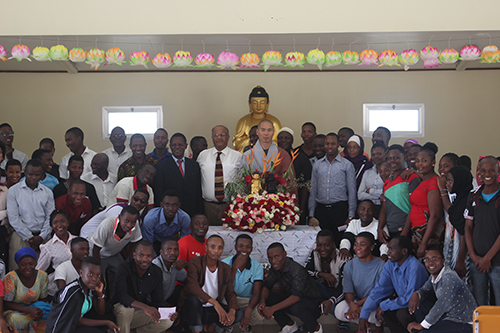 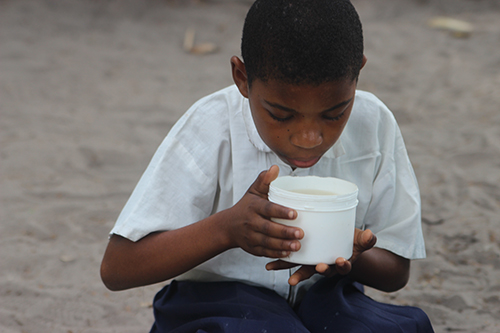 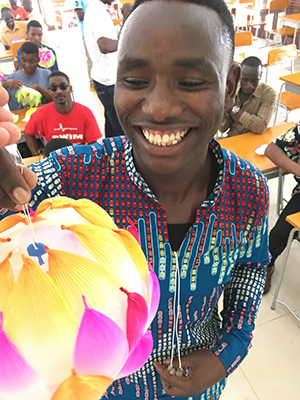