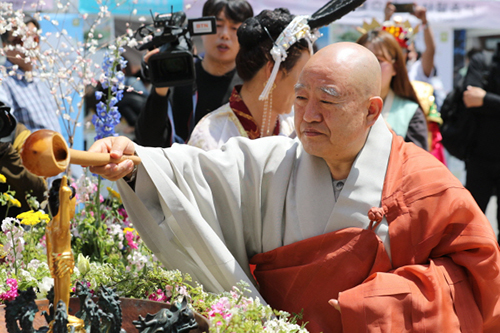 May 5, when the Traditional Cultural Fair was held as part of the Lotus Lantern Festival, designated as the Intangible National Cultural Asset, was also the Children’s Day, and the fair was more crowded than ever with families with children, who played with dharma drums to their hearts’ content or painted on the cloth spread out only for them.

The feeding room for mothers and infants run by the Lay Buddhist Association turned out even cozier this year. Made out of popup tents and equipped with air mattresses, the feeding area felt like they were camping in the nature. Children were given cookies and drinks.

‘Adolescents and Children Fair’ was full of fun and unique activities for not only children but also adolescents, making the whole family happy. Some of the activities available were: making mini octagonal paper lanterns, traditional toys and buttons with colorful beads. It was the highlight of the Lotus Lantern Festival for the children, who received candies distributed by the executives of the Jogye Order and had their faces painted in brilliant hues by volunteer face painting artists

Seonho Lee from Busan, who happened upon the fair while visiting Seoul with her wife and two children Seonyong and Sangyun, “We came to Seoul to celebrate Children’s Day. We didn’t know about it, just ran into it, but my two sons had a great time making pinwheels and balloon toys.” Of course most popular are the stalls selling Buddhist vegan snacks and temple food. People lined up from the morning to buy kimbap (rice rolls), mugword rice cake, bibimbap (mixed vegetable rice) and millet pancakes with sweet red bean filling.

NGO Fair had several stalls that introduced their activities in fun ways to attract people’s attention. Share the Life Headquarters held a quiz show with various prizes for winners such as tumblers. Single Parenthood Support Center campaigned to change people’s perception about single parents, and also spread the message of cutting down on the use of plastics.

People from various Buddhist countries such as Thailand, Nepal, Vietnam and Myanmar joined the International Fair. Immigrant workers and monastics from these countries donated their time, money and effort on Sunday to promote their culture and Buddhism. Korean International Buddhist Network also opened a stall where the visitors could play dharma drums with monastics. 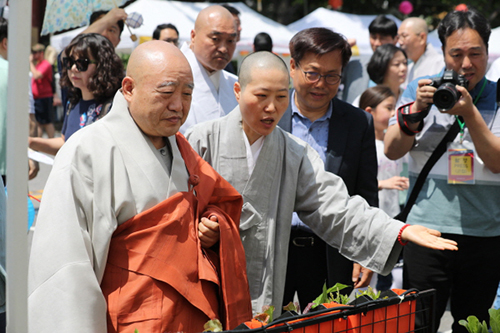 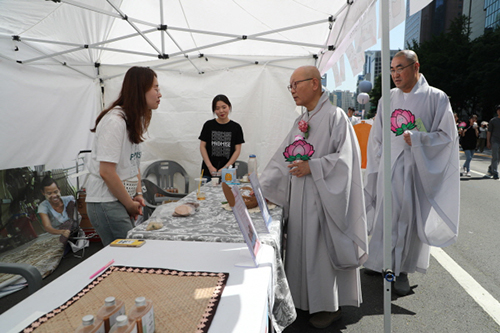 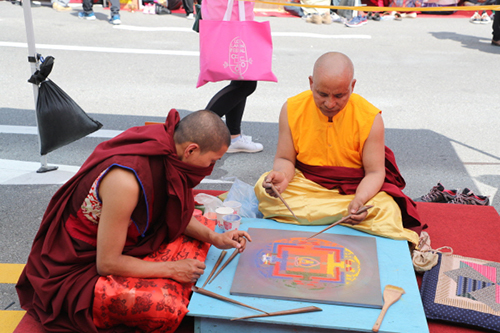 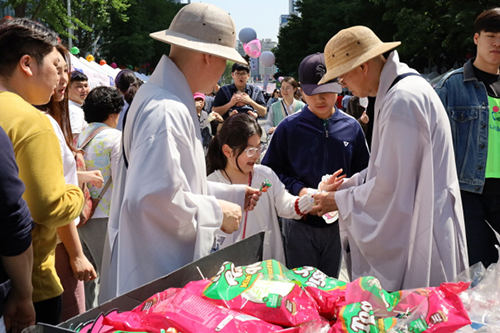 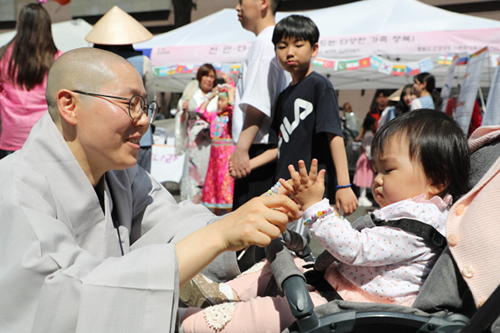 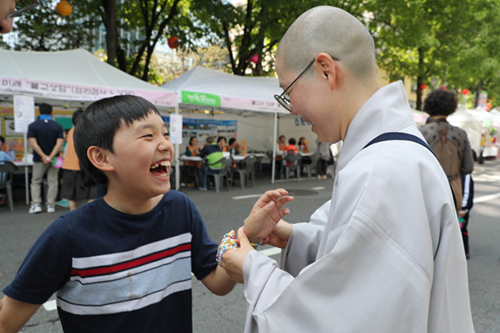 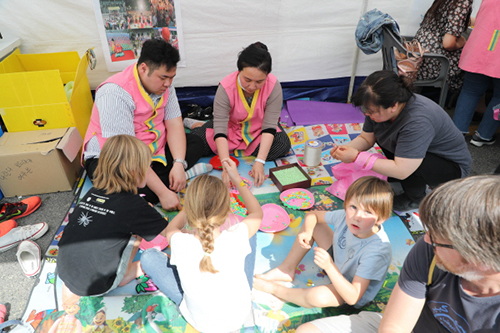 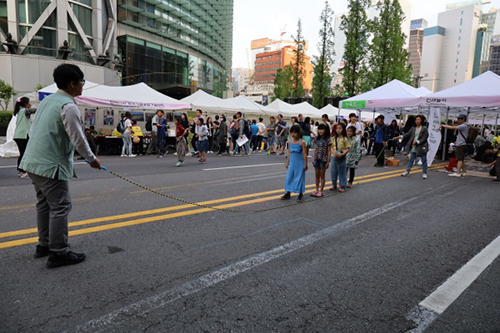