“I wish I can Bring the Lotus Lantern Parade to Croatia!” 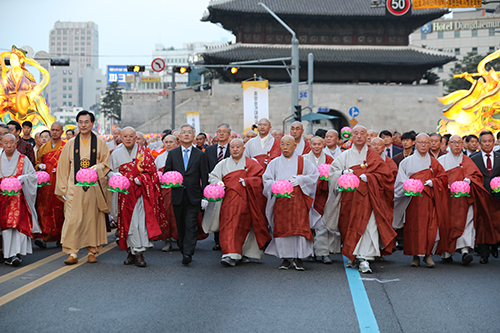 “I was very impressed to see so many people of all ages participate, especially when this festival was about peace and life, see them parading with lanterns of all colors and shapes. I wish I could invite everyone in the parade to my country and have another Lotus Lantern Festival in Croatia. It is so fantastic. Simply wonderful.”

Croatian Ambassador to Seoul Damir Kusen praised the Lotus Lantern parade, which started at 7pm on May 4 in Jongro. The Croatian mission in Seoul opened its doors last October for the first time, which was only six months ago, so it was his first time to participate in the Festival. He enjoyed himself very much, clapping and cheering all the time.

As the sun set, a hundred thousand lanterns illuminated the darkened streets of Jongro. Leaving Dongdaemoon area at 7pm, the parade moved through Jongro streets and ended its procession at Jogye-sa Temple. The area around the parade was crowded with about four hundred thousand people, lit up with smiles on their faces happy being part of the festivity. When the procession made of a hundred thousand lanterns reached Jongro 2ga near the Topgol Park, where the biggest crowd of onlookers gathered, the streets rang with their cheering, as their senses were assaulted with the sounds and the sights. The lanterns were of all sizes and shapes. Some are fashioned to be extra-large brahma bells, cloud gongs, wooden fish or dharma drums or statues Buddhas, Bodhisattvas or other heavenly beings of majestic proportions; others were small individual lanterns inscribed with wishes, some wishing for personal happiness, health or prosperity, others for the peace of the Korean peninsular and the world.

There were even Papa Shark, Mama Shark and Baby Shark lanterns from the famous Pinkfong Song specially made for children to commemorate the Children’s day (May 5) next day, along with Dream and Hope lantern, Baby 3-story Pagoda lantern and Bodhi Tree lantern, which all delighted the children who came out to the streets holding their parents’ hands, who were jumping around the parade in joy.

Minseo Kim, who was 9 years old and came to see the parade with her family, said with a big smile on her face, “I’m excited to see all these lanterns. They are all in different colors and shapes. We decided to come again tomorrow to experience the Traditional Cultural Fair to be held in front of Jogye-sa Temple too.” Before the parade reached the Topgol Park, the Lotus Lantern Festival Global Supporters unfolded a flash mob dance performance, whipping up the crowd.

Consisting of 60 members from the US, Spain, Peru, Egypt as well as from Korea, the Lotus Lantern Festival Global Supporters engaged in a variety of activities, such as working as volunteer translators or flash mob performers not only during the parade but the earlier lantern lightening ceremony in Gwanghwamun and the Traditional Cultural Fair the next day.

Joining Ven. Wonhang, the President of the Jogye Order of Korea in the VIP seats set up near the Topgol Park and enjoying the traditional Buddhist culture together were the ambassadors from about thirty countries including Germany, Brazil and Sweden, along with the leaders of the Korean Buddhist community. 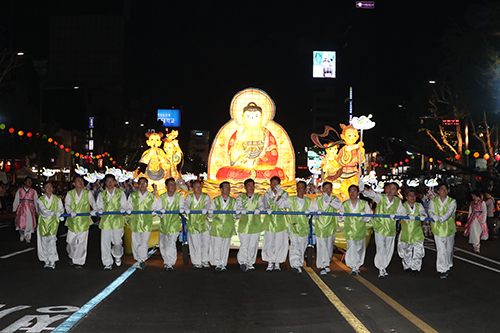 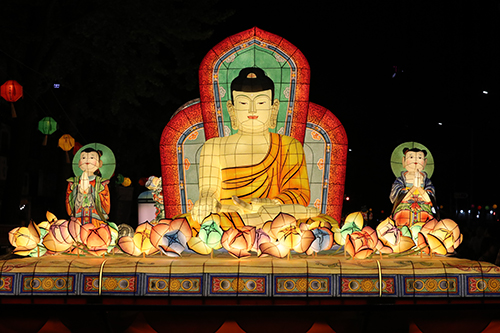 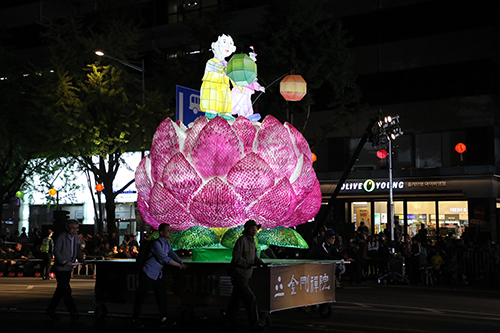 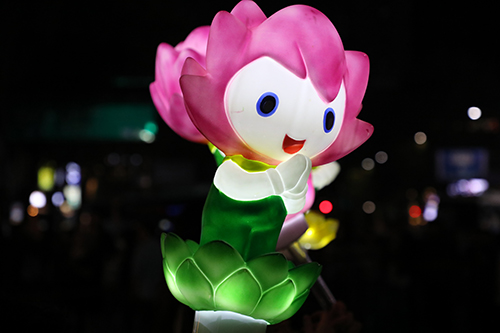 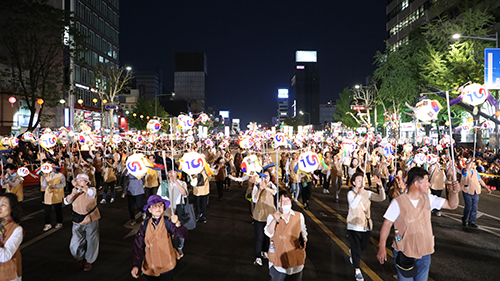 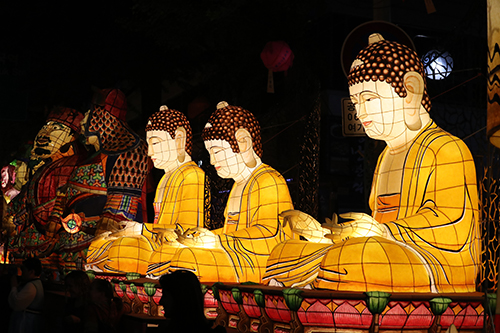 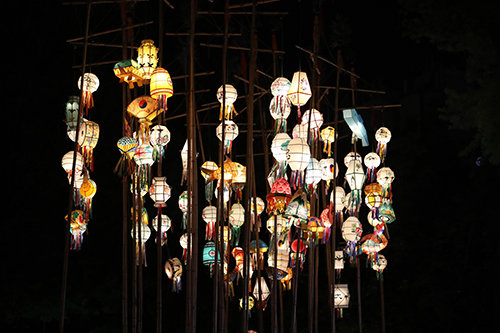 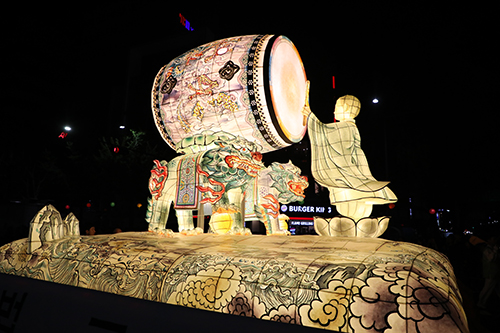 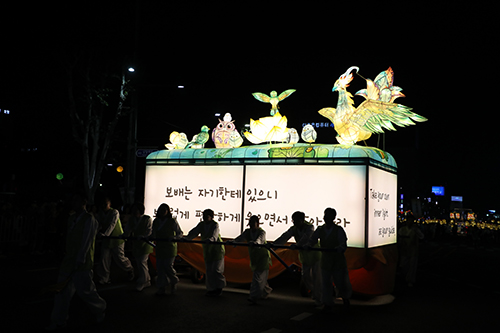 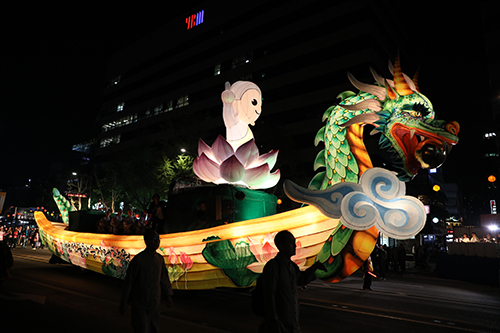 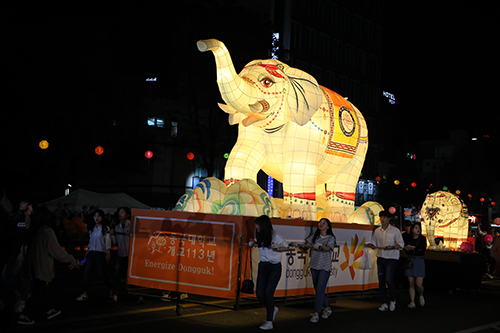 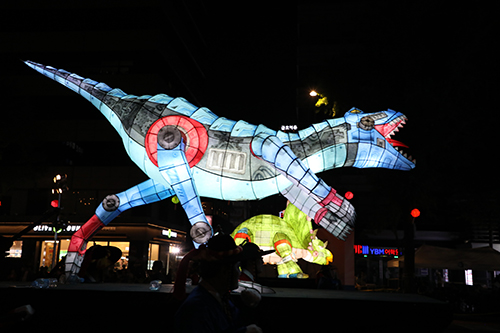