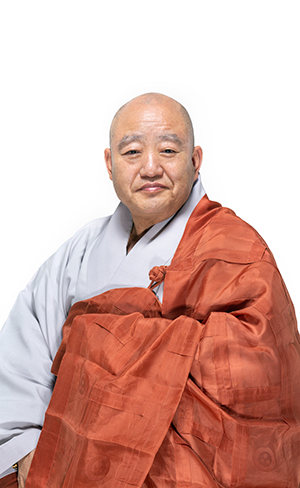 When Sakyamuni Buddha took his first seven steps as soon as he was born into this world, lotus flowers bloomed from each of his seven footprints. They adorned this earth by day, and at night transformed into seven lotus lanterns in the sky. These seven grew into a thousand, a thousand into ten thousand, and then into a million lotus lanterns. Even when one lantern multiplies into one million, the light of each lantern is never diminished; they all shine just as brightly. A million lanterns can light up a hundred trillion lands and a thousand trillion beings.

A million lanterns drive away the darkness that divides South and North Korea. It now shines on the paths that connect our millennial capital of Seoul to the beauties of Diamond Mountain and to the ancient capital of Gaeseong. The light of a million lanterns even dispels the ignorance innate in the self-deceptions and self-interests of sectarian minds, which always seek to divide us.

The light from the lotus lanterns bursts forth and transforms into nine dragons when confronted with the turbid streams of excessive greed, unjustified resentment and blind untruths of neighboring countries. The crystal-clear streams of water shooting from the dragons purify them, teaching them to peacefully coexist in the Four Seas. The light then transforms itself into a finger that points to heaven and earth, guiding us toward the wisdom of knowing that you and I are not different.

Sakyamuni Buddha lit the lantern of Dharma under the bodhi tree in order to proclaim to the world that the happiness of all beings is more important than the comfort of any individual. When Buddha met a poor seeker on the path who had been led astray by beliefs lacking universal truth and whose views were distorted by delusion, he gave him a self-illuminating lantern, a lantern which grew into a majestic light, the Great Vehicle of Mahayana, that can save all beings who are ensnared by their own karma.

The offering of a lotus lantern fully reflects Buddha’s wisdom. A lantern kindled outside illuminates us within. Poor women in India gained merit by lighting lanterns. Recently, people in Korea have kindled lanterns by rushing from the far corners of the country to help put out wild fires and volunteer to take care of those who have lost their homes, and by sending whatever support they can to the mountains of Gangwon Province. These acts of compassion have been prompted by our inherent “eye of wisdom” that recognizes the interconnectedness of all beings.

Now is the time to light the lantern to pursue the principle of living with less in order to lift the suffocating blanket of micro-dust and smog and revive the underwater ecosystem being choked to death by the garbage dumped by careless humans. Now is the time to set the flames of the Bodhisattva lantern ablaze, which burns itself up to shed light on the world.

The people of Korea have kept the bright lantern of hwajang, or “harmonious reconciliation of disputes,” burning for millennia, striving for peace and sharing laughter and tears together for five thousand years in this land. The members of the fourfold community have remained united in the same boat for seventeen hundred years, rowing across the sea of suffering together. Every time the going has gotten tough, we have united as one and triumphed through prayer. Now is time to light a million lanterns of hwahap, or “harmonious unity” to create the Buddha’s “Pure Land” that will last ten thousand years.

When we strive to be free from suffering and achieve ease and comfort, we must start from the harmonious unity. When our work is done, it is also the harmonious unity that we will find ourselves arriving at. Let’s be united in singing tansaengge, or Song of Buddha’s Birth, singing, “All three realms are full of suffering, and I will comfort all beings.” Let’s be united in lighting a million lanterns to illuminate the land of Korea and in vowing to practice relentlessly until every last sentient being attains the liberation from suffering which is our birthright.

I hereby vow in front of the Buddha, the Dharma and the Sangha that I will join with everyone; that I will never cease aspiring and practicing to transform the land of samsara into the Pure Land of Buddha.