“For it is known that the secular order becomes upright when we commit ourselves the rightful practice, think, speak and act properly, I pray that all our Buddhist followers would follow and practice the Teachings of Buddha.” -Ven. Wonhaeng, the Chairman of Association of Korean Buddhist Order​ 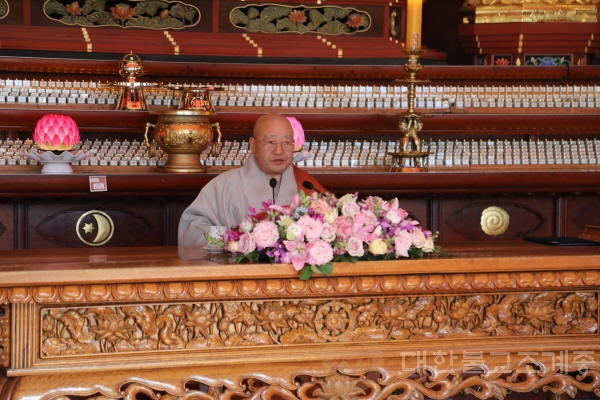 Association of Korean Buddhist Order held “Buddhist Era 2563 New Year Dharma Assembly of Korean Buddhist Leaders” at the Main Hall of Jogyesa Temple on January 18. At the Dharma Assembly, numerous Buddhist monks and lay followers including Ven. Wonhaeng and the senior leaders of Cheontae Order, Jingak Order and Kwanum Order were present as well as First Lady Kim Jung-sook and the Vice Chairman of Buddhist Association at the National Assembly.

During his Dharma speech, Ven. Wonhaeng mentioned “Buddha taught that every being is interconnected and change through condition of dependent origination. Therefore, while remembering that today’s life is the result of volition and actions of yesterday and that the Teachings and justice are great and eternal, we should appreciate the causal relations and conditions given to us today as we practice.” He further added “Let us make a harmonious world in which we befriend the youth, who are suffering much pain, and less privileged to advocate for their rights.” In conclusion, he stated is desire that “North and South Korea Would establish a peaceful system on the peninsula as we commemorate the 100th anniversary of March 1st Movement this year.”

First Lady Kim Jung-sook, in her congratulatory remarks, stated that “[she] remembers the ardent rigorous practice that opened the door to the future of harmony and coexistence at times of conflict and dispute in the history”. She further requested that “the Buddhist society would gather its aspiration and efforts to realize a world of mutual prosperity under the spirit of harmonization without discrimination (원융화합).” 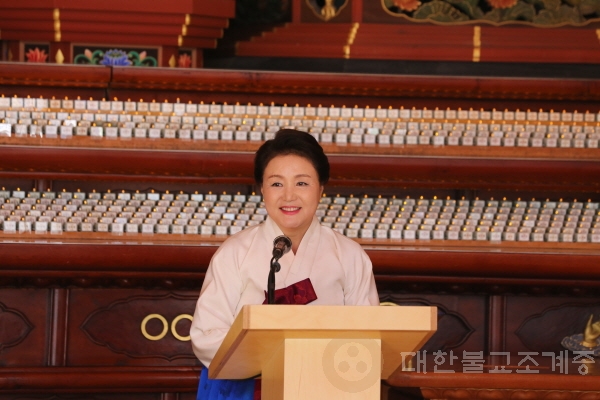 The participants expressed their great vow “to follow and practice the Teachings through returning to one’s own position, where all sentient-beings are connected to one body(일체중생), and purifying one’s true nature” while praying that Buddha’s compassionate light would be delivered to the neglected and less privileged, peace would be settled permanently on the Korean Peninsula and that our economy would recover from stagnation.​ 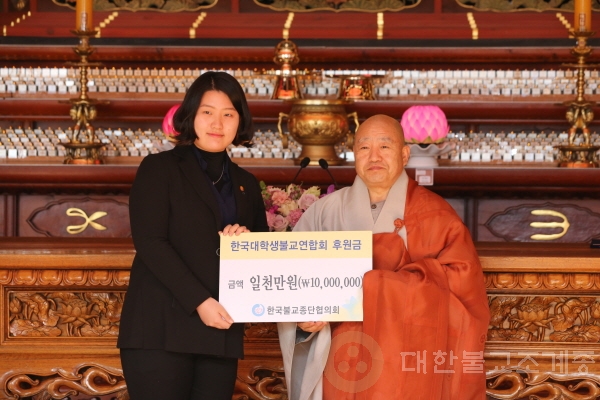