Joint Declaration Selected for the 21st Event at Kobe, Japan 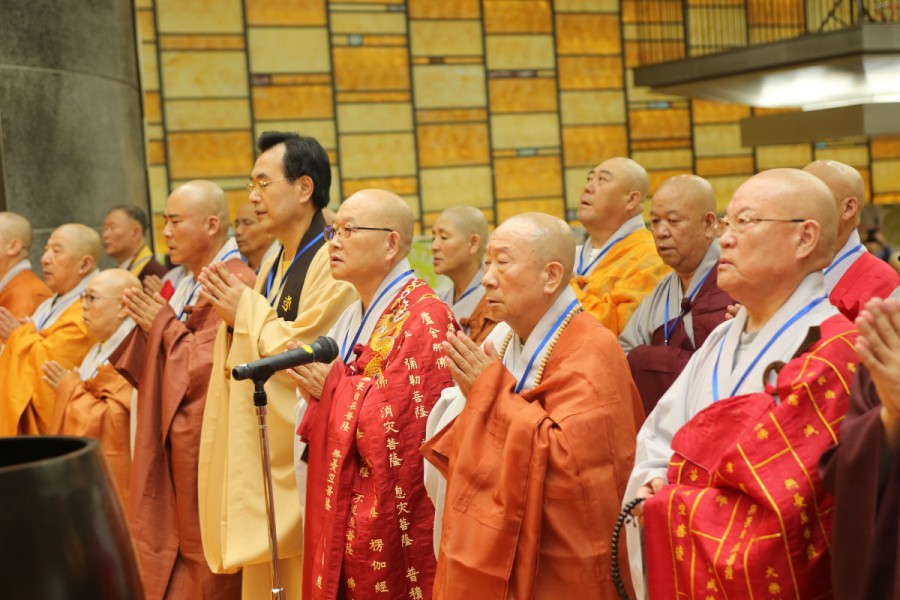 Buddhist Leaders of Korea-Japan-China pledged to join effort for world peace in Kobe, Japan while also consoling the victims of earthquake and typhoon in Japan.

During his remarks, Ven. Ito stated, “I am grateful for respected monks from Korea, China and Japan for doing their best in promoting world peace and cooperation of the humanity, I would like to express gratitude for everyone who has come so far to attend this event.

Ven. Ito also expressed his wish that, “Buddhists of Korea, China and Japan would become one in praying for world peace, make cooperation for common livelihood be the fundamental ideology for the humanity. Through this event, Buddhists from three countries would unite better and pray for world peace.”

And then, there were traditional Buddhist rituals for three countries in the order of Japan, China and Korea. Korean Buddhist rituals were held in the order of Offering of Five Kinds of Incense with a Great Vow, Seven Heartfelt Homages, Shakyamuni Chanting, Prayer (Vice Pres. Ven. Hongpa) and Heart Sutra. After the ritual Ven. Mundeok read his message for world peace.

The chair of Korean representatives, Ven. Mundeok said in his message, “A flower of peace and reconciliation is blooming in the Korean peninsula where there has been the biggest military tension and conflict in the world. South and North Korea, and neighboring countries are joinging their effort to bring permanent peace to Korean peninsula by ending the war. The buddhists of the three countries will continue to practice to bring forth peace with the mind that the world is a single flower and benefiting others is in the interest of self.”

Also, Ven. Mundeok asked that “everyone participating in the vent would put their mind together for Buddha’s compassion and wisdom to help the victim of earthquake in Hokkaido and typhoon in Osaka in their recovery efforts.”

Chinese chair, Ven. Yeongak asked that “the Buddhists of three countries would propagate their unity to establish a community of all humanity sharing the same destiny as a new contribution to bringing end to suffering for all sentient beings, and bringing stability and peace.”

The Buddhists of three countries declared by selecting the joint declaration that, “we promise to have compassion as our foundation, come closer to the people’s mind according to the way of modern society and to join efforts for world peace and happiness of all humankind.”

Ven. Oh-in of Chungang Sangha University presented on “The role of the Three Buddhist Countries in Northeast Asia” while Ven. Woneung of Bulgyo Newspaper presented on “How to Realize Buddha’s Compassion Transcending State and Racial Boundaries” After the presentations the event in Japan closed with a dinner. 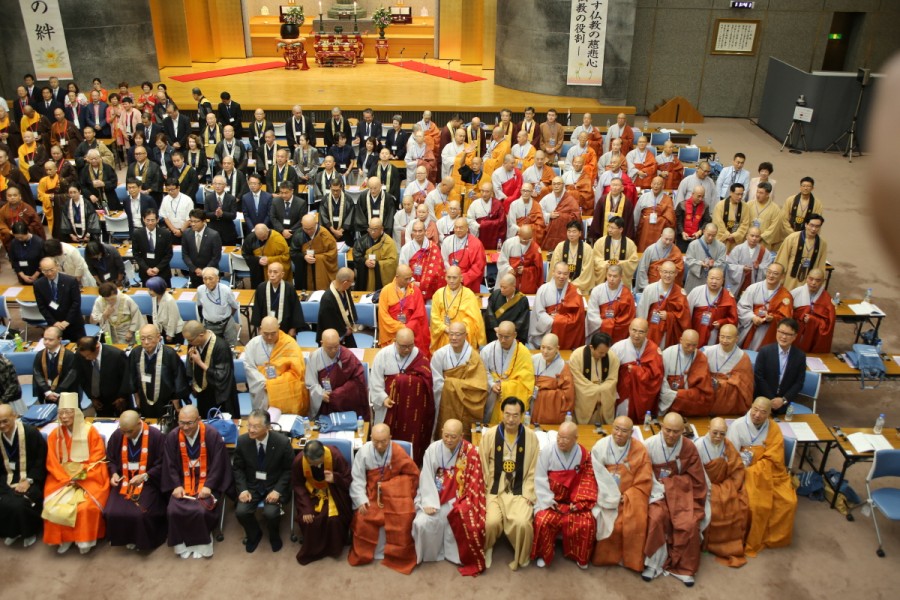