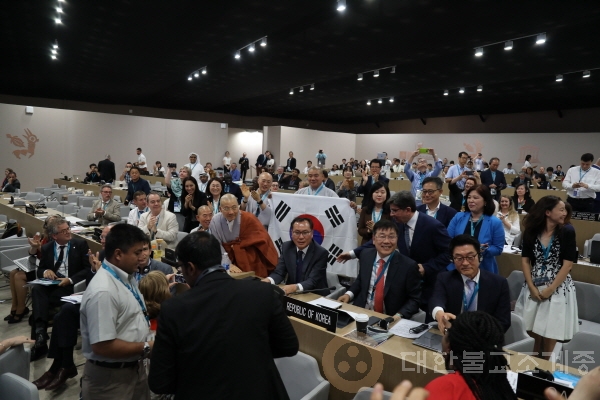 All over the world, people are beginning to recognize the cultural and historical significance of Sansa, the Buddhist mountain monasteries of Korea.

Winning a spot on the list was the fruition of collaboration between the Council for the Inscription of Buddhist Mountain Monasteries in Korea (Chairman, President of the Jogye Order of Korean Buddhism, Venerable Seoljeong), the Cultural Heritage Administration, the Ministry of Foreign Affairs, and the local governments of the districts surrounding the seven temple sites.

The International Council on Monuments and Sites (ICOMOS), an advisory body to the World Heritage Committee, recognized the Outstanding Universal Value (OUV) of “Sansa” – the management of the temples by the Sangha, or Buddhist communities, in a self-sustaining manner; the education and life of Buddhist monks; Seon (Chan in Chinese or Zen in Japanese) practice; and the Buddhist academies, which are quite unique in an intangible, historical way. At first, three temples: Bongjeongsa Temple (Andong, Gyeongsangbuk-do), Magoksa Temple (Gongju, Chungcheongnam-do), and Seonamsa Temple (Suncheon, Jeollanam-do) were excluded from the recommendations. However, in order to prove their significance as comprehensive monastic complexes, beyond their rich history and sizes, the Jogye Order put forth many diplomatic efforts to encourage the World Heritage Committee to include these temples as well. Several visits were made to the Ministry of Foreign Affairs, the local governments, and experts, leading a cooperative effort to win the hearts of the member countries of the UNESCO’s World Heritage Committee.

The Jogye Order, in particular, poured all their energy into inscribing the names of all seven temples onto UNESCO’s World Heritage List. To do so, the order carefully went over the proposal for any factual errors and revised them as needed. Also, to draw the support of the 21 members of the World Heritage Committee, they worked diligently to prepare the “diplomatic documents for negotiation.”

Additionally, various agencies from the government came forward to add their support to the cause. The Korean delegation to the 42nd session of the World Heritage Committee, consisting of the Cultural Heritage Administration, the permanent delegation of the Republic of Korea to UNESCO, and the Foreign Ministry, have been directly negotiating with the members of the committee to earn their active support for including all seven of the temples together. Furthermore, the Jogye Order submitted the documents containing the factual errors to be amended, and the International Council on Monuments and Sites (ICOMOS), an advisory body to the World Heritage Committee, accepted 11 out of 12 corrections that were requested.

At last, during the nomination discussions that took place on June 30 in China, a member of the committee proposed that all seven of the temples be inscribed on the list. 17 of the 21 members of the World Heritage Committee jointly signed this proposal. Afterwards, 20 members of the committee declared their support. Winning the entire committee’s approval of the inscription led to the movement’s success. After confirming the inscription, the World Heritage Committee made the following four recommendations: first, to come up with a number of measures to ensure the appropriate preservation of Sansa, including a plan to manage the buildings on the premises that have not been designated as cultural assets; second, a comprehensive plan for the proper maintenance of all the facilities; third, a contingency plan for dealing with the increasing number of visitors after the inscription, and fourth, a consultation plan to be made with the World Heritage Center before any new buildings are constructed within the vicinity of the seven temples. They have ordered much stricter preservation and protection maintenance for all the facilities on the Sansa premises, including non-designated cultural properties. The Jogye Order and the Cultural Heritage Administration will faithfully follow these recommendations by the World Heritage Committee; that is, in order to preserve the value of Sansa’s world heritage, they are prepared to put forth laborious efforts.

Venerable Jongmin, the director of the Department of Cultural Affairs of the Jogye Order, participated in the World Heritage meeting and remarked afterwards, “We are extremely joyful that Sansa has been inscribed onto the World Heritage List.” He added his praise, “In particular, the three temples of Bongjeongsa, Magoksa, and Seonamsa, that were originally excluded from the recommendations of the International Council on Monuments and Sites (ICOMOS) were nominated, along with Tongdosa, Buseoksa, Beopjusa, and Daeheungsa. The fact that the seven temples in a series are inscribed on the World Heritage List is a significant accomplishment during this session of the World Heritage Committee.” He went on to emphasize, “This inscription is most noteworthy, as it is an opportunity to receive world-wide recognition of how Korean temples have managed to keep their histories alive and thrive as living legacies for so long.” He expressed his appreciation to all the involved governmental agencies of the Foreign Ministry and the Cultural Heritage Administration for their work towards including Sansa on the World Heritage List, on behalf of the seven temples and the Steering Committee for the Nomination of “Sansa, Buddhist Mountain Monasteries.” He further stated that the order will work hard to keep Buddhist cultural heritage alive so that others may continue to appreciate these universal treasures. 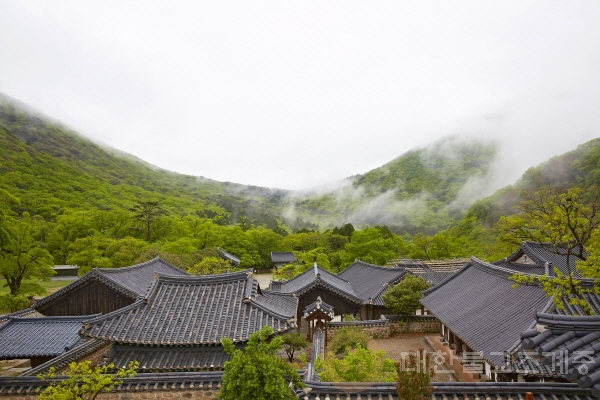 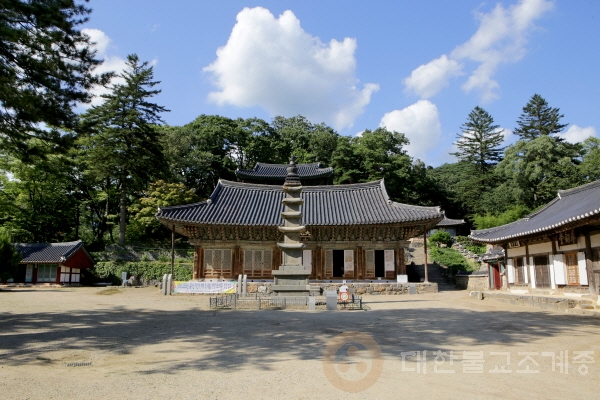 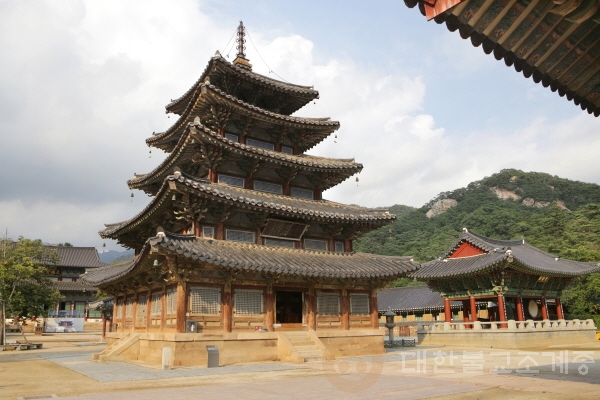 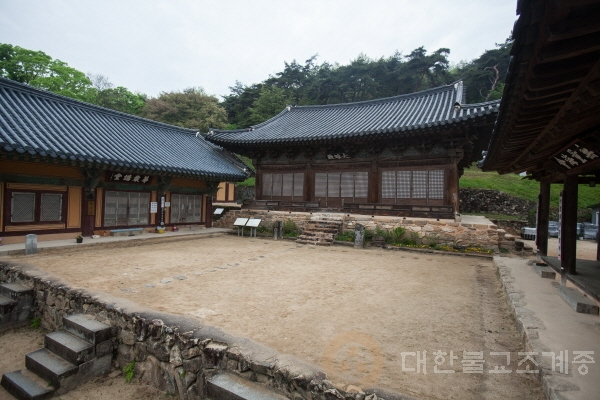 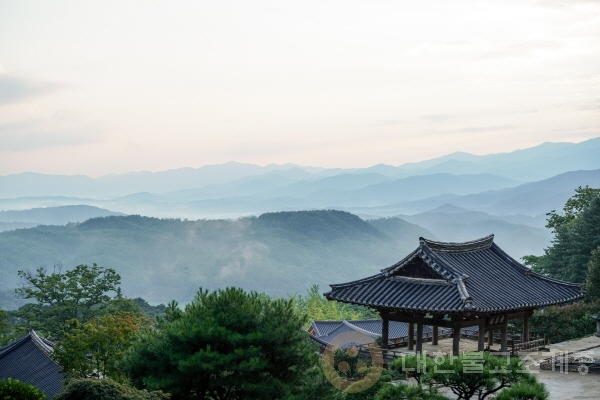 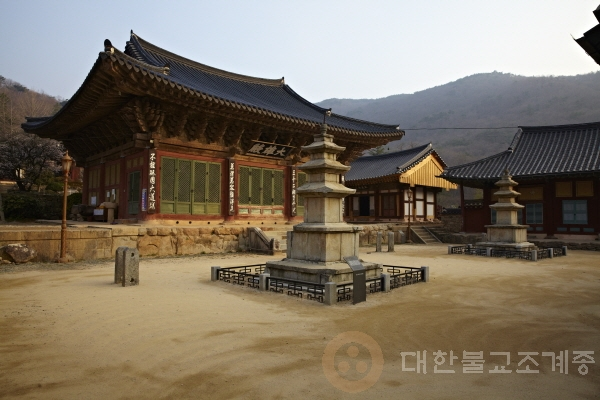 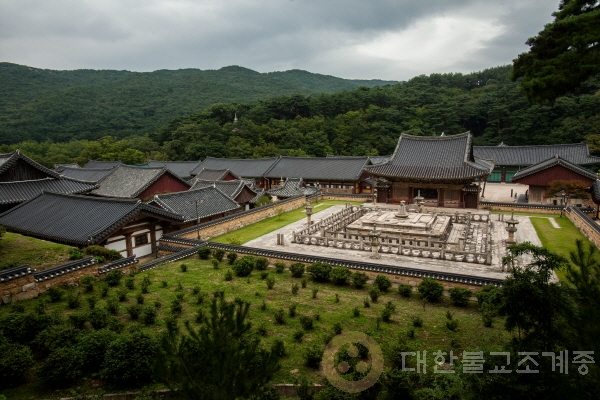