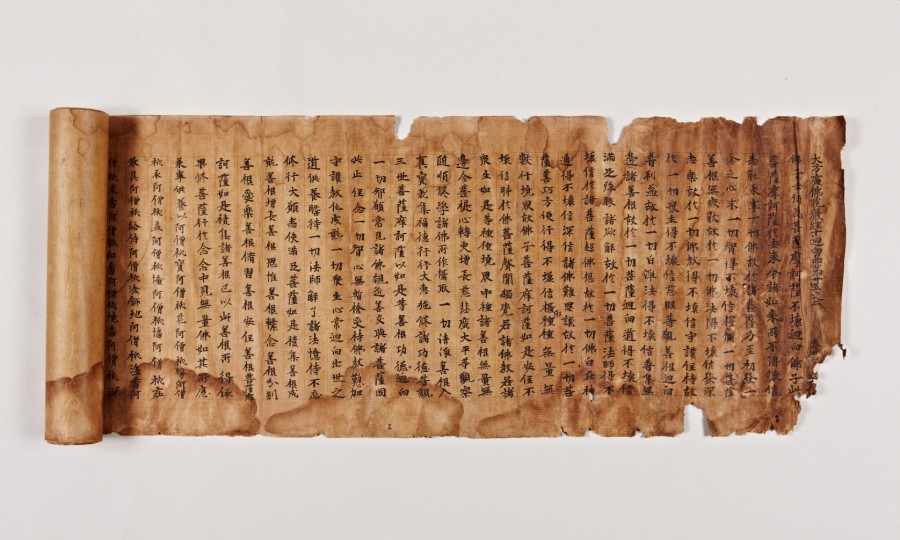 Central Buddhist Museum plans to open a special exhibition with a theme of  “Birth of Buddha: Consecrating the Buddha” Consecration of Buddha (불복장) is a practice where sacred objects including prayers, metal cannisters filled with relics, mantras, sutras and special fabrics are interred in Buddhist statues. Buddhist statues and paintings that have undergone the consecration practice depicts the pure land of utmost bliss to all sentient beings making them experience the honorable beauty and delight in their own heart.

At the exhibition, Gilt-bronze seated Bhaijyanguru Buddha of Janggoksa Temple, which is designated as Treasure No. 337, will be displayed in public for the first time. The main characteristic of objects interred in the statue of Janggoksa Temple is that there are affluence of outstanding texts which provide significant amount of information related to the statue. The 10-meter long prayer (1,058×47.8cm) is incomparable with any other objects of kind in regards to its size and the number of benefactors. Baek Un (백운), who is mentioned as the creator of the Buddha statue and the prayer on the silk cloth, is believed to be the same person as Baek Un Gyeong Han (백운경한, 1298-1374) of late Goryeo Dynasty, the author of the world’s oldest extant book printed with movable metal type, “Jikji: Anthology of Great Buddhist Priests' Zen Teachings (백운화상초록불조직지심체요절)”. The exhibition is expected cornerstone in efforts to shed light on the value and historical significance of the sacred objects interred in the Buddha statues.

Before entering into Nirvana, Shakyamuni Buddha said to his students “Make yourself your own reliable light and make my teaching a reliable light for your practice.” However, the students, who had strong affection for their teacher, wished to make an image of the Buddha to pay homage. After a era of aniconism, the Buddha statues with 32 major and 80 minor characteristics have become the center of religious practice for the Buddhists. And the practice of interring sacred objects into the Buddha statue before placing the Buddha statue or painting into the temple became a significant religious ritual (불복장의식) in and of itself. Through the consecration ritual in which sarira, a bottle of five treasures, sutras, prayers and other offerings are interred into the Buddhist statue, the Buddhist statue transforms from a mere sculpture into a obect of worship and a living body of Buddha or Bodhisattva. Therefore, the consecration of Buddha is the final process in which life is breathed into the Buddhist statue. In the objects interred into Buddhist statues, there lie elements from faith and ideology of the sculptors and benefactors to religious ritual and practice. The objects including prayers and records in regards to making of the statues are not only the objects of faith by their own, but also important documents through which we can look at the facts about the statue and even certain aspects of the ancient society.

The Buddhist statue that shows the original form of sarira interred into Buddhist statue is Naewonsa Temple’s Stone Seated Vairocana Buddha of Naewonsa Temple from Unified Silla Dynasty (A.D. 766) where the bottle of sarira is placed within the Dharma seat. However, the practice of interring objects to the actual Buddhist statue is believed to have begun after mid-Goryeo Dynasty if the period introduction for the interred sutras and objects from China to Korea is traced. Because the consecration practice of Buddha is an important ritual, in which the life is being breathed into the Buddhist statue, the organization of interred objects including sarira and the interring process are very complex. Some of the Buddhist statues from Goryeo Dynasty, in which the sacred objects were discovered, were Wooden Seated Amitabha Buddha of Gaeunsa in Seoul (Before A.D. 1274), Gilt-bronze Seated Bhaisajyaguru Buddha of Janggoksa in Cheongyang (A.D. 1346), Gilt-Bronze Seated Amitabha Buddha of Munsusa Temple (A.D. 1346) and Wooden Seated Amithaba Buddha of Bongnimsa Temple (Before A.D. 1362).

The case in which, sarira, the most important relic, is placed, is in a form of a bowl or a box with a cap made from wood or silver. On the surface of the case, eight leaves of lotus or pali texts would be drawn with cinnabar, and sarira along with mantras, grains, incents and bottle of five treasures were put inside. Texts explaining the making process of the Buddhist statue, prayers, sutras donated by benefactors and clothes were also included in the statue while matras were printed on the paper used to fill the gap.

In Joseon Dynasty, the consecration practice of Buddhist statues became a custom, and therefore, the number of such occurrence and interred objects increased. Consecration practice of Buddhist statues in Joseon Dynasty distinguishes itself in that though it generally follows the rituals from Goryeo Dynasty, the process became much more systematic. Instead of the flat cases used in Goryeo Dynasty, sarira was put inside long canisters. The practice of interring sutras, texts on the making of the statue, clothes, mantras were similar to that of Goryeo Dynasty. The objects interred in the statues are objects not only for religious faith but also precious documents containing information related to the monks at the temple and benefactors who participated in the forming of the statue and development of the temple.

Consecration (복장) was generally done for Buddhist statues, however Buddhist paintings were also often consecrated. Silla Transcription of Avatamsaka Sutra (대방광불화엄경변상도, A.D. 754~755, National Treasure No. 196) contained sarira at each tip of the dowel. This demonstrates that consecration was done not only for paintings of Buddha but also for scrolls with texts and other types of paintings. On the back of the Painting of Amitabha (正法寺 Shoboji, Japan) from late-Goryeo Dynasty, a piece of paper with Sutra of the Whole-Body Relic Treasure Chest Seal Dharani (보협인다라니경) written on it was discovered. This shows that paintings of Buddha were placed after consecration rituals. Painting of the King of Sweet Dew from early-Joseon Dynasty (Yakusenji 藥仙寺, Japan, A.D. 1589) has pocket for consecration drawn on it showing that objects were interred in to the pocket for the consecration of paintings. In late-Joseon Dynasty, it became a custom to put the objects inside the consecration pocket and hang in on the front or the back of the painting. Especially after 18th Century, this has become much more common since paintings were being placed in frames. Due to the limitation of space, the objects interred in the Buddhist paintings were limited to the objects within the canister for sarira excluding mantra, sutras, and fabrics.

Central Buddhist Museum 2018 Special Exhibition: “Birth of Buddha: Consecrating the Buddha”, displaying 79 different artifacts from each period including 5 treasures, 4 regional tangible cultural assets, will run from the opening at 16:00 of February 6th (Tues.) to May 31st (Thurs.).