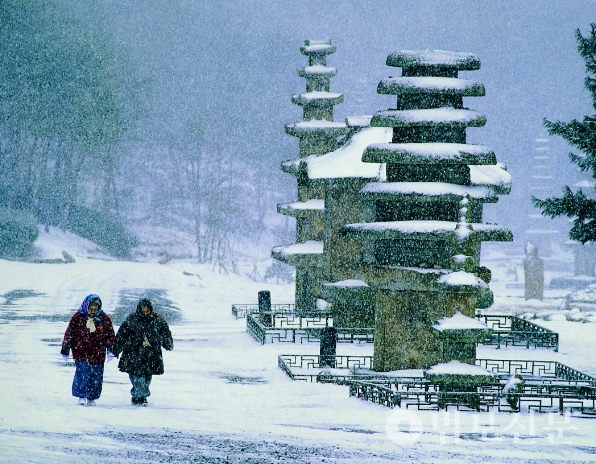 The Stone Buddhas and Pagodas at Hwasun Unjusa Temple include a variety of stone Buddha statues, stone pagodas and stone discs placed in the shape of the Big Dipper created between the tenth and sixteenth centuries. The spatial arrangement, diversity of forms and formativeness are said to be rarely found not only in Korea but also in the East Asian region. In addition, Unjusa exemplifies the features of Esoteric Buddhism and Taoism as well as Buddhist characteristics, in contrast to other Buddhist temples. Another unique feature of the site includes the vestiges of quarries at the temple precinct where stones were collected to make Buddha statues and pagodas and marks of abrasion created due to moving of rocks.

The Cultural Heritage Administration received the application for the inscription on the Tentative Lists by Jeollanam-do in 2014. In 2015, World Heritage Session of the Cultural Heritage Committee changed the name for inscription to the current Stone Buddhas and Pagodas at Hwasun Unjusa Temple. The final application for the Tentative Lists inscription was submitted on January 24, 2017, after several rounds of modification and supplementation of the dossier.

The Cultural Heritage Administration highlighted, “We intend to conduct academic research to identify the site’s value as a potential World Heritage site and work for systematic preservation and management through close mutual coordination with Jeollanam-do and Hwasun County for the successful inscription of the Stone Buddhas and Pagodas at Hwasun Unjusa Temple on the World Heritage List.”