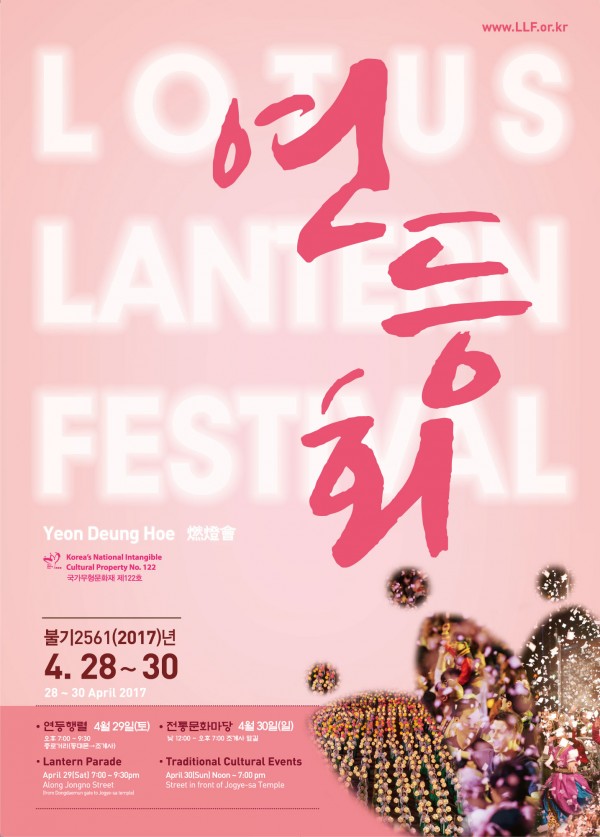 “We Can Make a World Without Discrimination” was selected as the slogan of the Buddha’s Birthday in the Buddhist Era 2561. The Celebration Committee for Buddha’s Birthday led by Ven. Jaseung, President of the Jogye Order of Korean Buddhism and Chairman of the Committee, announced this year’s slogan on February 16. Ven. Jaseung said, “The Buddha came to this world to awaken us to the truth that we all are noble beings who can make positive changes in the world. This is the declaration of great liberation which frees all human beings from any kinds of discrimination, regardless of their gender, age, philosophy, religion, material possession and preferences. This year’s slogan intends to encourage the public to come together to make a better world amid rapidly changing circumstances.”

From this year onward, “this year’s slogan” reflecting social trends and current affairs will be selected and announced every year, apart from the official slogan.  The Committee highlighted the significance of this year’s upcoming Buddha’s Birthday, “Conflicts could offer us opportunities to think differently and extend our horizon and we can make a happier and better world when we overcome conflicts with wisdom and compassion. With this in mind, we hope everyone can be true master of one’s life.”

The Lotus Lantern Parade hosted by the Celebration Committee for Buddha’s Birthday will be performed on April 29 (from 7pm), marching from Dongdaemun to Jogyesa.