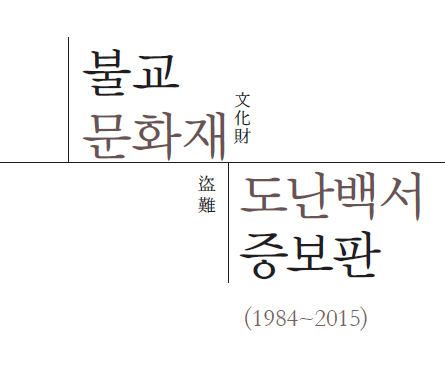 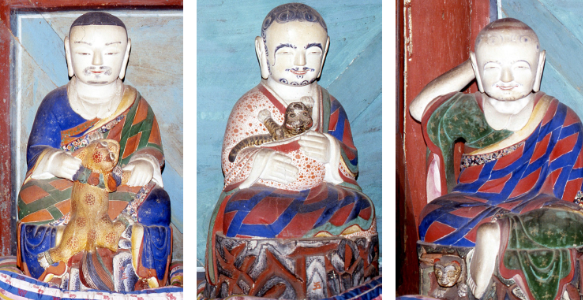 The Jogye Order of Korean Buddhism, led by Ven. Jaseung, released the PDF file of the enlarged edition of Stolen Buddhist Cultural Properties updated with artifacts stolen between 1984 and 2015 on its website.

The updated edition compiles 440 artifacts in total, with newly added 153 sacred treasures stolen between 1999 and 2015 as well as photographs and detailed information omitted on previous edition of Stolen Buddhist Cultural Properties, published in 1999 to encourage return of stolen cultural properties. The stolen artifacts reported by the Jogye Order and the Cultural Heritage Administration of Korea are classified by type, and the types are then organized as follows: Buddhist paintings, Buddhist sculptures, Buddhist stone work, Buddhist crafts and books and printing woodblocks. For each classification, artifacts are listed in temple’s alphabetical order. The book displays not only photographs of stolen artifacts but also date stolen, quantity and materials of items stolen, original location and the original owners in detail.

Since it was first published in 1999, Stolen Buddhist Cultural Properties has played a pivotal role in repatriating stolen Buddhist artifacts. A case in point is the two Arhat sculptures, originally belonged to Okcheonsa in Goseong and donated to the Jogye Order last year. With the book serving as the proof of stolen artifacts, the owner returned the sculptures to Okcheonsa without asking for anything. Another example is the Five Buddhas, which was preserved by the Portland Art Museum in the U.S. upon the request of the Mattiellis who purchased the painting in Insa-dong in the early 1970s without knowing that it was a stolen artifact. Finding out the stories behind the Five Buddhas, the Mattiellis approached the Museum about donating the painting. Meanwhile, Ksitigarbha Bodhisattva and the Ten Kings of Hell of Okcheonsa could be repatriated from France thanks to the Jogye Order’s documents stating how the artifact was stolen. As such, the Order’s documents, including Stolen Buddhist Cultural Properties, have provided critical proofs which can support the return of stolen Buddhist treasures.

It is anticipated that the updated edition which lists the latest information about stolen Buddhist artifacts as extensive as possible will play an important role in enabling stolen Buddhist cultural properties illegally traded at home and abroad to be repatriated. In addition, manipulative arguments about ownership of stolen artifacts by illegal owners could be prevented with the recently published book which describes detailed information about stolen artifacts.

Ven. Jeong-hyun, Director of the Department of Cultural Affairs of the Jogye Order, expressed his commitment, “We aim to continuously compile related materials so that stolen Buddhist treasures could be returned to their original location as soon as possible. I am looking forward to seeing more vibrant exchange and cooperation between the Jogye Order and the Cultural Heritage Administration through the MOU on Theft-Prevention and Return of Buddhist Cultural Properties”.

On the Foreword section of the Stolen Buddhist Cultural Properties, Ven. Jaseung, President of the Jogye Order, expressed his wishes, “The publication was inspired by our sincere aspiration for the swift return of stolen sacred treasures which were forcibly removed and taken abroad. It is my sincere hope that this book will contribute to the repatriation of illegally traded Buddhist cultural properties and the further enrichment of our spiritual culture”.