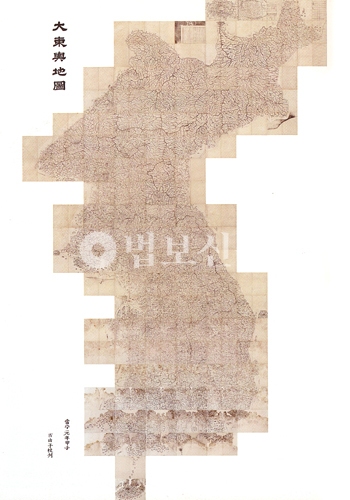 Seminar to be Held on the Daedong yeojido and the Names of Buddhist Temples <?xml:namespace prefix = o />

Praised as one of the most outstanding ancient maps throughout the Korean history, the Daedong yeojido (Great Map of the East Land) boasts its detailed depiction and accuracy to the extent that even Japan used it for military purposes during the First Sino-Japanese and Russo-Japanese Wars. The topography and geographical information of the Korean peninsula in the nineteenth century are well described on the map, attaching significant academic value to it, encompassing politics, economy and history. Importantly, 230 Buddhist temples nationwide are found on the map, implying the possibilities of utilizing the map for further studies on Buddhist history. So far, however, there has been little research regarding the Buddhist history and the map in Buddhist scholastic communities.

In an attempt to take an academic and historical approach to the map and its implications on Buddhism, the Institute for the Policies of Buddhism and Society holds a seminar under the theme of “The Great Map of the East Land and the Names of Buddhist Temples” on February 6 (2 pm) at the International Conference Hall of the Center for Korean Buddhist History and Culture. The seminar is anticipated to serve as a venue for pioneering Buddhist humanities studies and ultimately encouraging further utilization of Buddhist cultural heritage for in-depth research.

Ven. Beopeung, who organized the seminar, owns the second edition of the Daedong yeojido printed in 1864 out of the thirty remaining printed pieces of the map. 21 panels of the printed map that he owns except for the one that depicts Chujado island have been kept almost intact, making it a significant material that shows archetype of the map unlike several other prints of the second edition with color marked rivers and shorelines. While Ven. Beopeung’s printed map was in a good condition, restoration and photographic printing work was done due to color deterioration and damaged panels of the southern province. Ven. Beopeung’s Daedong yeojido could come to life thanks to the dedicated preservation work of Mr. Jeong Chanjeong, who runs the Janghwang Cultural Property Research Institute, and photographic printing undertaken by the CEO Choi Samju of the Space Shinjeong.

The seminar, which is going to be held centered on the restored Daedong yeojido, deserves high expectations as it could lay the groundwork for Buddhist academic research in line with the map. Professor Oh Sanghak of the Jeju National University will give a presentation on the value and meaning of Daedong yeojido, the great achievement of Joseon cartography, and Professor Kim Kihyuk of the Pusan National University and Researcher Ryu Myunghwan of the Academy of Korean Studies will share their study results regarding the names of Buddhist temples on the Daedong yeojido. Curator Jang Sanghoon of the National Museum of Korea and Principal Choi Yeon of the Seoul School of Journey of Humanities and Geography will participate in the panel discussion presided by Ven. Heungseon. The exhibition of the photographic printed map and zoomed-up shots of Mt. Baekdu, Hansung (present Seoul) and Mt. Geumgang is also going to be held as a sideline event.

The highlight of the seminar is a presentation about the names of the Buddhist temples on the Daedong yeojido where at least 229 to 241 Buddhist temples are found. It is expected to provide important clues to trace the roles and transformation of Buddhist temples over time based on the comparison of the ones on the map with the existing 900 temples and analysis of the differences. One key point of the seminar that participants might be interested in is examining the backgrounds of the omission of prominent temples, including Bulguksa, Jikjisa, Gwanchoksa and Chiljangsa, whereas approximately 100 temples in present North Korea are described on the map. The task for future studies will also be offered with the introduction of the cases that show some places mistakenly described as temples and temples depicted as hills.

Ven. Beopeung underscored the meaning of holding the seminar, “this event will provide us with a momentum to further social and academic roles of Buddhism by shedding light on the names of Buddhist temples on the Daedong yeojido at a time when Buddhism is being less pronounced in communities. In addition, the seminar will also offer the opportunities to think about Buddhist communities in the future reunified Korea by taking a look at Buddhist temples in North Korea”.