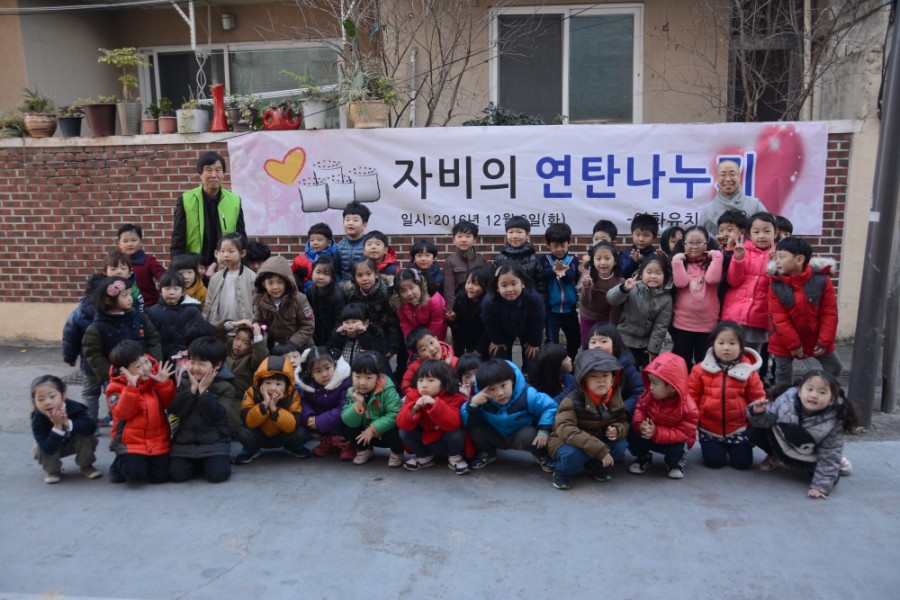 Yeonhwasa Temple in Gwangju City runs a kindergarten. Yeonhwasa Temple delivered the 300 coal briquettes to the elderly living alone nearby just like they have done every winter. This is their 7th winter sharing for their neighbors. In this year, the temple encouraged the kindergarten kids to participate in sharing. 70 kids had the special class of learning about sharing and giving and delivering the coal briquettes to the elderly in person. Ven. Myungjin, the head monk of the temple, said that the kindergarten kids also participated in raising the fund for this year. The lay Buddhists who formed the Compassionate Action Lay Buddhist association, volunteered delivering coal briquettes with the kids and made the donation of $1,000 to Gwangju Donggu District Office for the neighbors living in difficulties, particularly more in winter. 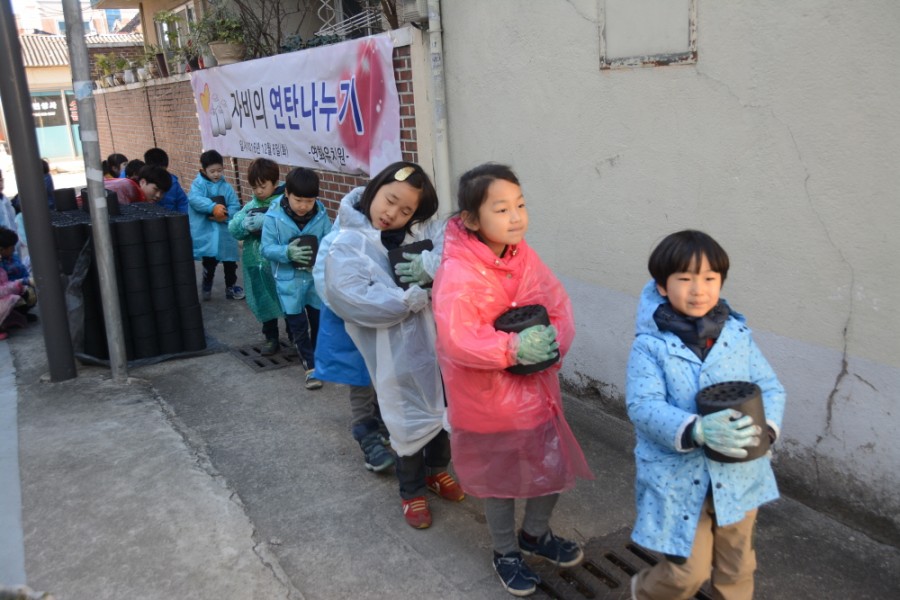 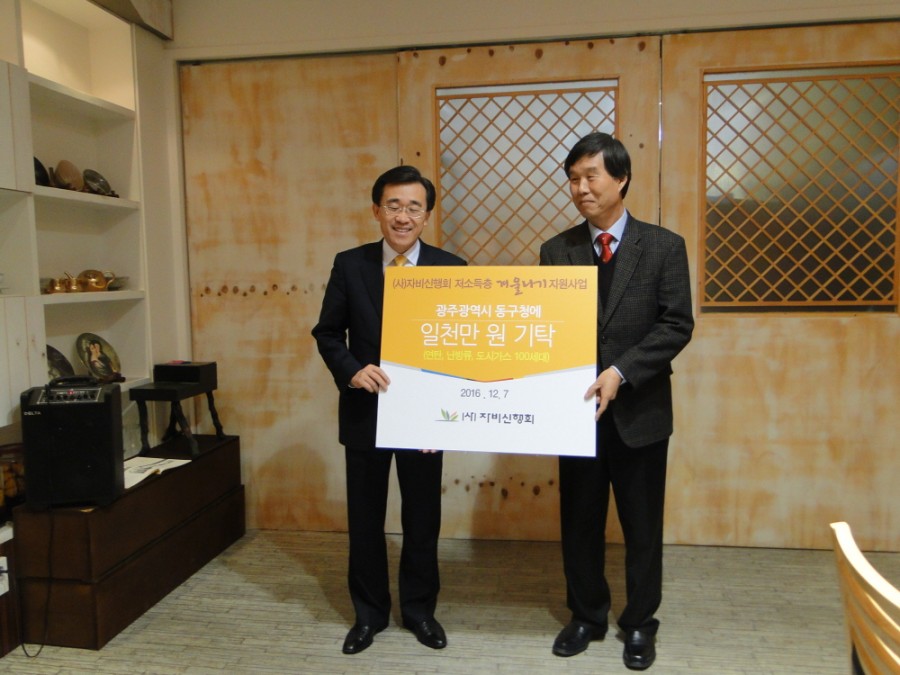