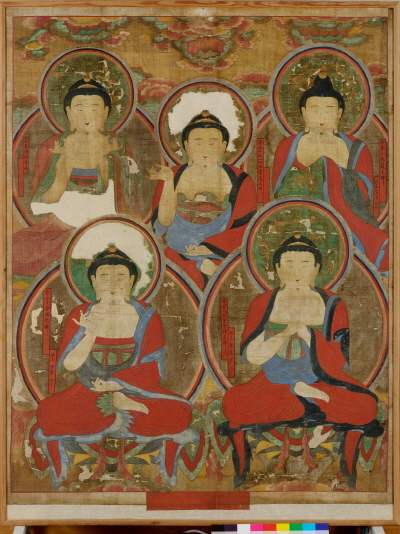 The Return of the Lost Cultural Property, Painting of Five Buddhas, from the USA to Korea

Songgwangsa Temple has the painting of fifty-three Buddhas, one of the Korean national treasures, which consists of the paintings of thirteen Buddhas, nine Buddhas, seven Buddhas, five Buddhas, etc. Unfortunately, among the paintings, two pieces have been stolen to overseas in the past. One of them was found in July 2014, in the Portland Museum of Art, USA (Director and Chief Curator, Brian Ferriso), which stated that the piece of art was donated from Mr. and Mrs. Mattielli.

With the agreement of Mr. and Mrs. Mattielli and support from Mr. Brian Ferriso, Director of Portland Museum of Art, the painting of the Five Buddhas could finally come back to the original place, Songgwangsa, and sit together with the rest of the fifty-three-Buddha paintings, on December, 2016.

The Portland Museum of Art held the finale exhibition on this painting under the title of FIVE BUDDHAS, A KOREAN ICON’S JOURNEY THROUGH TIME, from September 13 to December 4, 2016 and conducted the donation ceremony and symposium on December 2nd and 3rd. The donation ceremony was held in the presence of the delegates from the Jogye Order, Cultural Heritage Administration, Consulate General of the Republic of Korea, Portland City Office, and Portland people.

The symposium dinner banquet, held on December 6, invited around 200 people including some honored guests and some Korean living in Portland. Ven. Hyunbong, the former head monk of Songgwangsa Temple, mentioned, “Songgwangsa is a 1,300 year-long temple that represents the Sangha in the Triple Gem of Buddhism. While going through frequent wars and turbulence in the history, the temple had lost the painting of the Five Buddhas. Fortunately enough, it met Mr. and Mrs. Mattielli, who donated to the Portland Museum of Art and made the decision to return to the original place. We sincerely thank them for this decision.”

At the symposium, Robert Buswell, the professor of UCLA (University of California, Los Angeles), presented the speech titled, “The History of Songgwangsa, the Life of Monastics.” He used to be part of the monastic at Songgwangsa from 1974 to 1979 for 5 years as the disciple of Ven. Gusan, one of the preeminent Buddhist monks in Korea. He explained the temple’s Seon practice, “Sudden enlightenment and gradual cultivation,” followed by the teaching of Ven. Bojo, the National Preceptor of Goryeo Dnasty. He then shared his personal experience in the temple, from renunciation, temple communal work, traditional monastic college, and Seon center, etc.

The painting is scheduled to arrive at the Incheon Port on December 8, and Songgwangsa Temple will conduct the public presentation ceremony and press briefing on December 14. The Jogye Order announced that it will continue to work hard to find many of our stolen or lost cultural properties and to make them return to the land of Korea through the cooperation of Cultural Heritage Administration and through the active exchange and collaboration with art museums overseas.” Songgwangsa has a plan to enshrine the painting of five Buddhas in the Songgwangsa Museum of Triple Gem scheduled to open in the first half of 2017 and will invite the Mr. and Mrs. Mattielli for the opening ceremony. 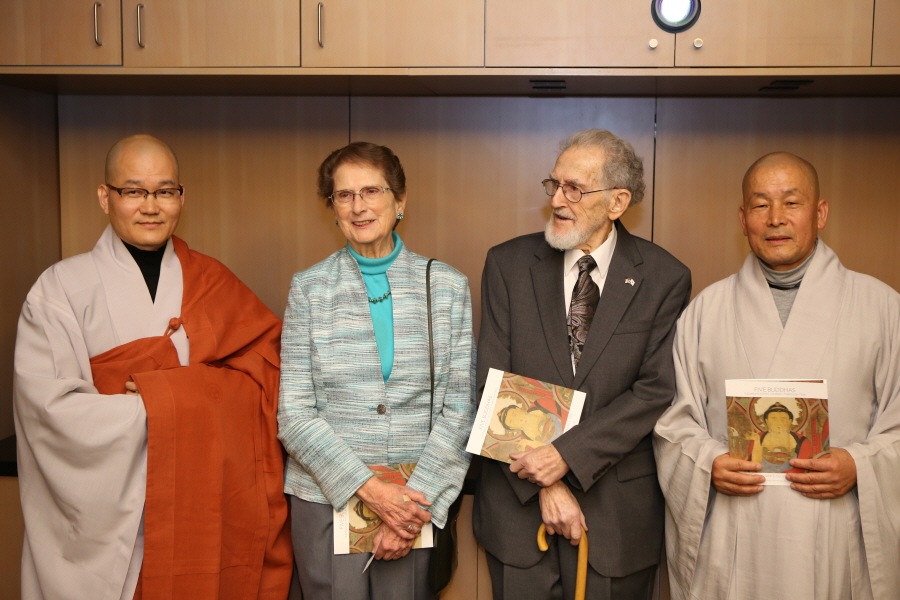 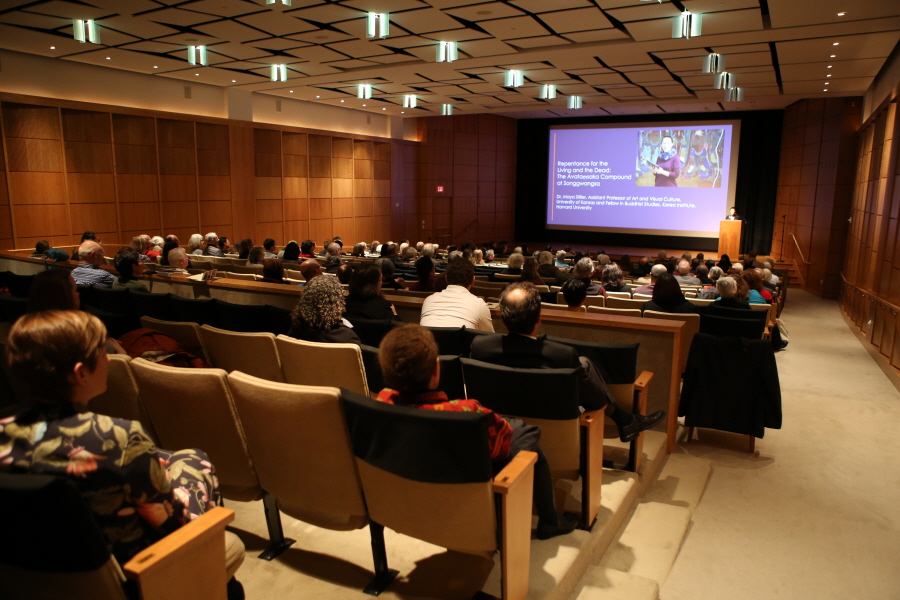