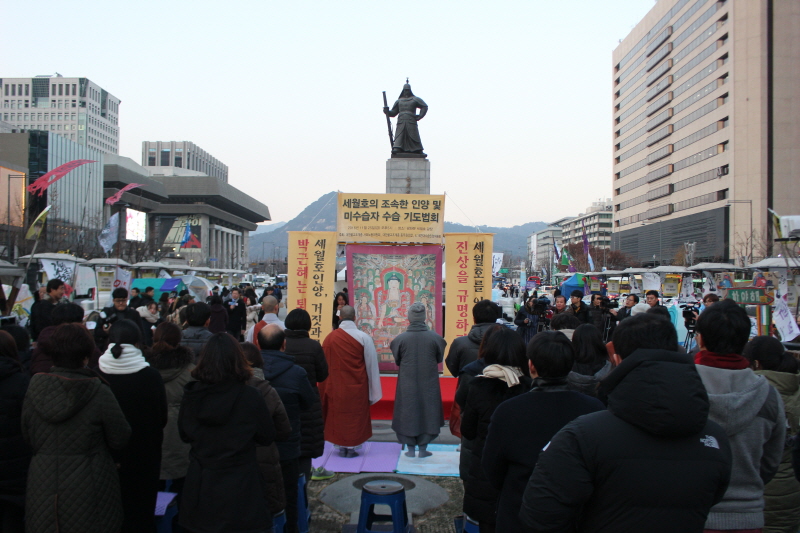 In the Third Winter After the Sewol Ferry Accident,

“Tomorrow is the 1,000th day since the disaster. But there are still people inside the ferry. Until when should I wait at Paengmok Harbor? Until when should our children be locked and shiver from the underwater coldness? Please do not make us hear that salvation isn’t working. Please make it possible. Please help us with your prayer and add your sincerity to our earnest prayer.” This is what the mother who lost a 16-year-old daughter, Heo Dayun, said repressing her tears.

She came all the way up to Seoul from Paengmok Harbor to attend the prayer ceremony held in Gwanghwamun Square on November 25, 2016, together with other parents whose sons and daughters are still missing in the ferry. The prayer ceremony was prepared and held by the Jogye Order’s Social Welfare and Labor Relations Committee, Jogye Order Labor Union, and April 16 Network, in order to urge the government to promptly conduct the salvage the ferry, which has been stopped again.

The father of the missing daughter, Cho Eunhwa, said, “The group of Buddhist monks compassionately visited us in Paengmok Harbor and went to the Maenggol channel three times in order to pray for the Sewol ferry’s successful salvation last summer. Thus, this time, we decided to come up to Seoul to attend the ceremony.”

The sound of Dharma Drum reverberated the Gwanghwamun Square and drew the attention of the passer-bys. One of the citizens, Lee Jieun, said, “I promised not to forget this disaster but I realized today that I forgot about it. I could feel the parents’ despair and sorrow deep in my heart. I am very very sorry.”

Ven. Hyechan, one of the acting members, said “I am totally broken-hearted whenever I think of the missing friends inside the dark sea and meet the parents. I will be with them till the day when all the missing people come out of the water and return to the bosom of their parents. Salvation of the ferry is same with setting the social justice and conscience right in this era.”

About 70 people participated in the ceremony including Ven. Docheol, the vice chairman of Social Welfare and Labor Relations Committee, several acting members, Ven. Gogeum, Youeom, Hansoo, Beopsung, and Boyoung, some workers at the Jogye Order’s headquarters, and a number of citizens. All prayed deeply for the prompt and successful rescue of our children still in the ferry. 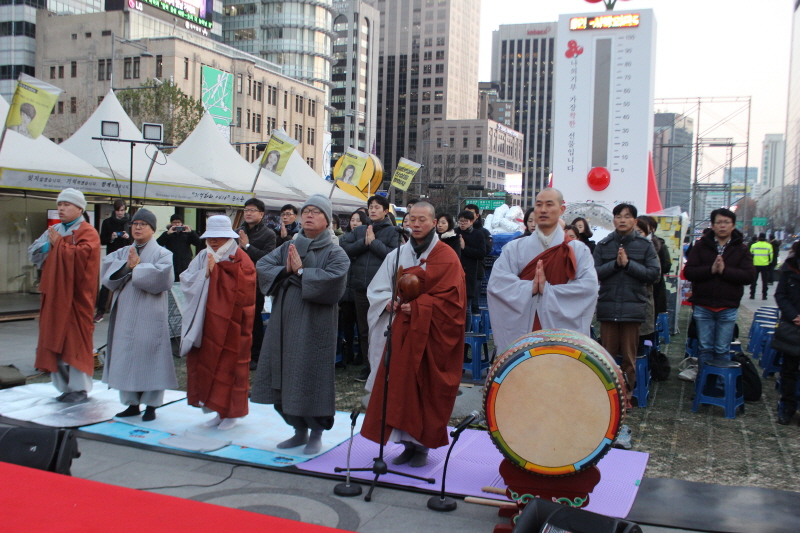 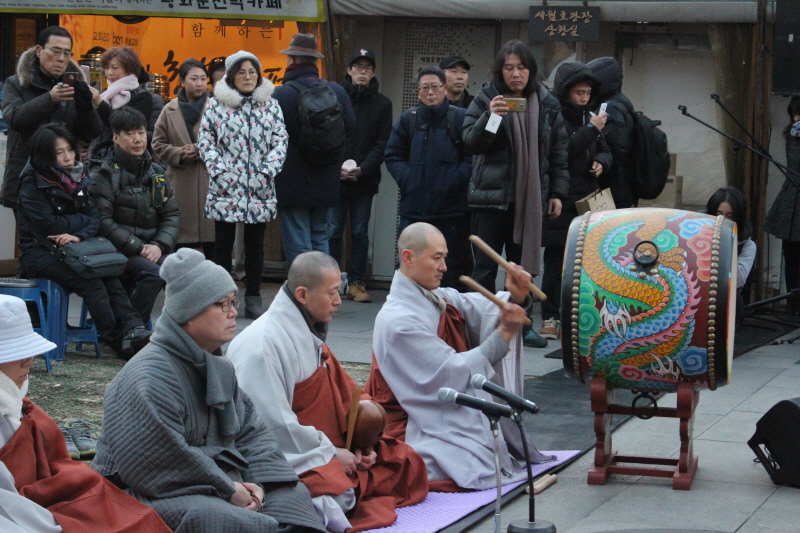 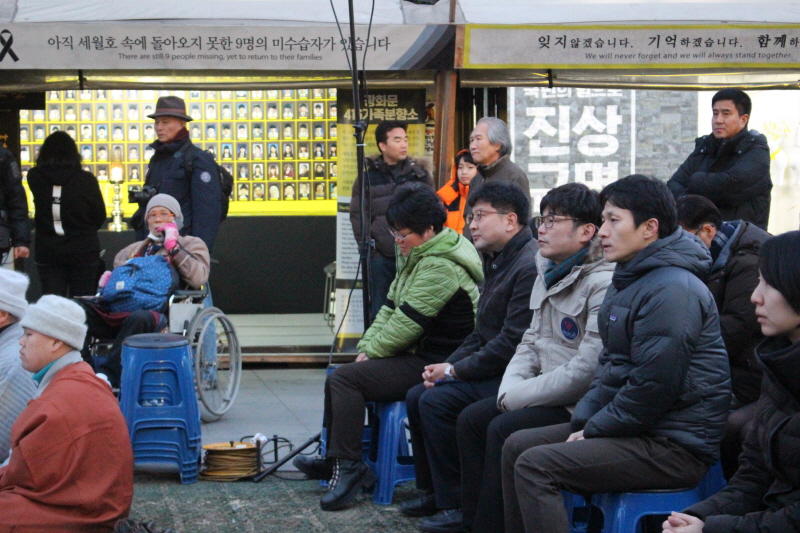 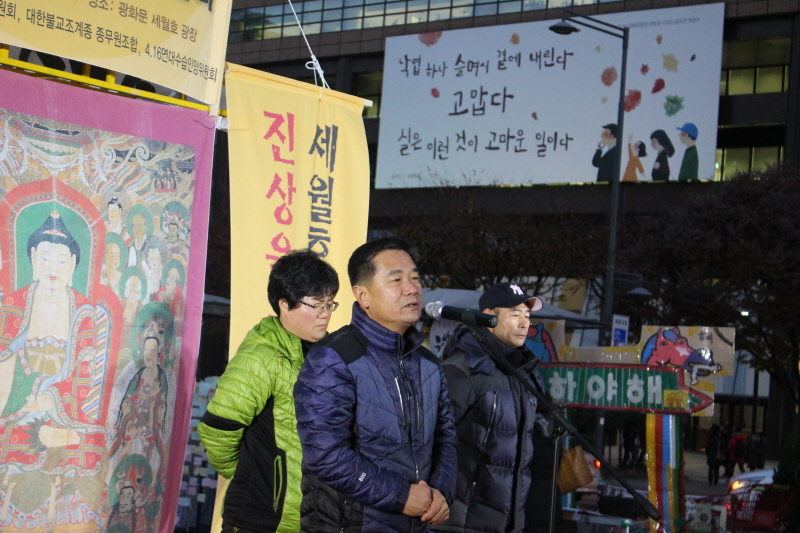