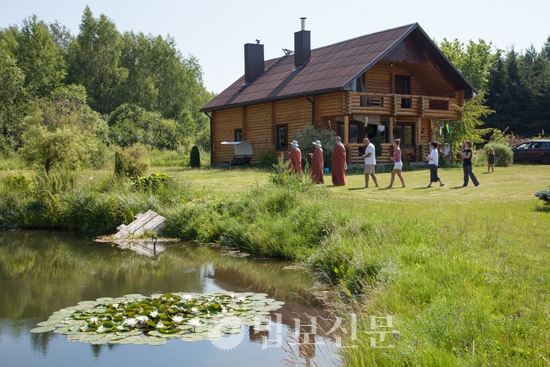 Opening of the Korean Seon Meditation Center in Lithuania, Europe

A Korean Temple was open in Lithuania, the southernmost of Europe’s Baltic states, by Ven. Wonbo, a Lithuanian who joined the Korean Buddhism in 2002, and currently practice in Byeopryeonsa Temple in Siheung City, Gyeonggido Province, Korea. She opened Seonrimwon, the Korean Seon Meditation Center, in Ciobiskis, 50 kilometers away from Vilnius, the capital city of Lithuania.

The opening ceremony was held in June 25, 2016 with Ven. Jinmyung, the head monk of Byeopryeonsa, who brought the Buddha statue from Korea to support the new start. Ven. Jinmyung said, “I can’t be more impressed by the establishment of the temple, which was possible by the tremendous and sincere support of many faithful Buddhists. I will do my best to support all the Buddhists living in European countries who practice diligently following the teaching of Ven. Sungsan, in a favorable environment to learn and practice Buddhism.”

The establishment of Seonrimwon was possible thanks to the donation of the Lithuanian Buddhist, Mr. Linas Ryškus, director of the Lietuvos Rytas, the Lithuanian TV broadcasting system, and Mrs. Edita Uzaite, a famous Lithuanian actress. As Buddhists, they received the precepts from Ven. Jinmyung, who gave them the Buddhist names, “Dohye (path to the wisdom)” and “Hwanheehaeng (practicing delightfully),” respectively.

Ven. Wonbo graduated from the Sangha University in Bongnyeongsa Temple and has focused on Seon meditation by staying in Seon retreat centers nationwide in Korea. She has vowed to establish a Seon meditation center in his homeland, and the vow was finally realized, although the current Seonrimwon is small, having only one building in which both meditation center and the monastic living quarters are put together.

Seonrimwon has the peaceful natural surroundings; green forest and blue lake that embrace the center. Lithuania boasts the dense forest covering one-fourth of the entire land with more than 2,800 lakes across the country. 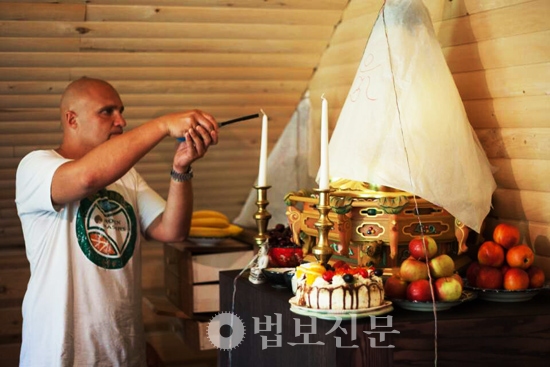 § Translation of the original article in Korean: http://www.beopbo.com/news/articleView.html?idxno=93230

§ Photos are provided by Ven. Jinmyung, the head monk of Byeopryeonsa Temple