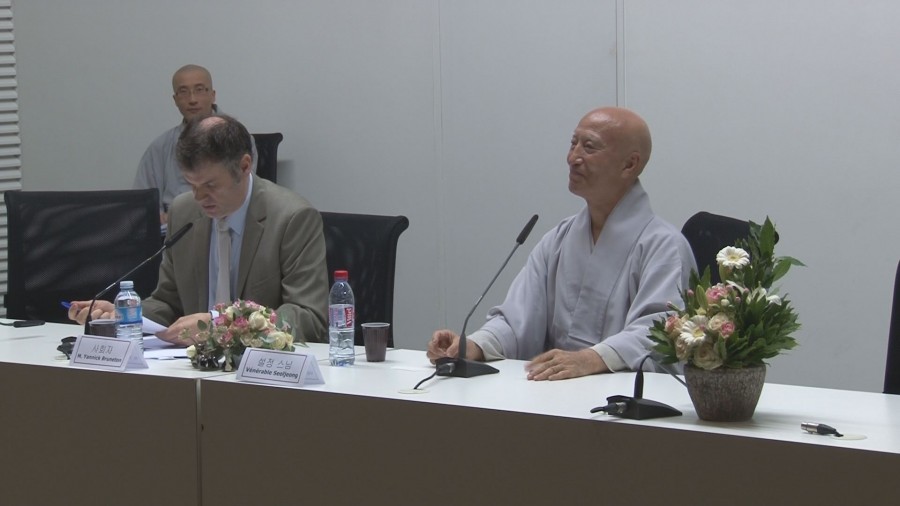 . Seoljeong’s Lecture at INALCO in Paris Diderot University on October 27, 2016 at the Event of Voyage au pays du Bouddhism Coreen in Paris from Oct 25 to Nov 9


One of the programs of the grand event, “Voyage au pays du Bouddhism Coreen” was the lecture given by Ven. Seoljeong, the head of the Seon meditation hall in Sudeoksa Temple, to university students at INALCO (Institut National des Langues et Civilisations Orientales) in Paris 7 (Paris Diderot University), on October 27, 2016.

The subject was “Half-a-Century-long Experience as a Monastic in Korean Buddhism.” He questioned the audience, “What is the good life? How can you have a happy life? How can you lead the life so that you can be genuinely free, peaceful and happy?” He then shared his story of how he had decided to follow the monastic way and entering into Sudeoksa Temple in 1955, and then mentioned about the monastic culture, their way of living, and their daily life in Korea, to help the audience understand the Korean Buddhism.

He pointed out that Buddhism is comprised of purity, wisdom and compassion. He then explained monastic means that one pursues for the true happiness by practicing diligently and discards all the worldly desires like wealth, fame, sexual pleasure, and so on, and should have the spirit of “Jari-ita” (The perfecting of self for the benefit of others).

He added that if you can let go of your “ego” “self-centered I,” you are most likely to meet the infinite wisdom, lying inside the very you, that leads you to the ultimate freedom and ultimate happiness. Thus, he advised the audience not to be obsessed to the success, while making steady efforts toward it.

After the lecture, he got many questions from the floor. Around 200 audiences were very interested and enthusiastically wrote down what the Venerable said. One question was whether he was a bit regretful for becoming the Buddhist monk. He replied, “No” without a single hesitation. “No, I haven’t. There were the times of temptation or allurement in my youth. But nothing could stagger my decision when I thought of the meaning of renunciation. I believed that it is the best way of life I chose. While people put money and fame as the most important value in life, I do not agree. They are not the genuine ones but impermanent and fictional.

The audiences said, “The lecture was so helpful and interesting. I learned a lot about Korean Buddhism through this opportunity.” “I felt something like aura that made me feel respectful during his lecture time. It was a great experience for me to learn about Korean Buddhism.” “I felt joy and delight during the whole lecture time. I am very grateful.” 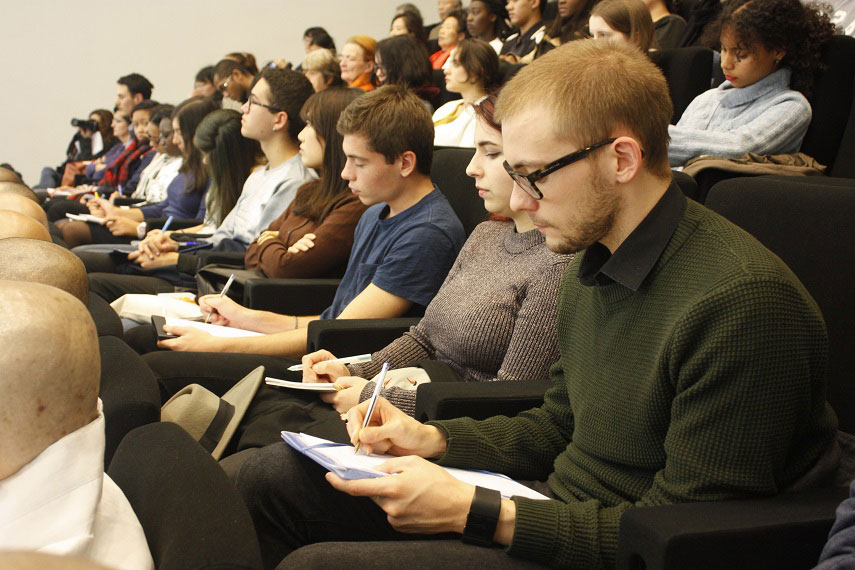 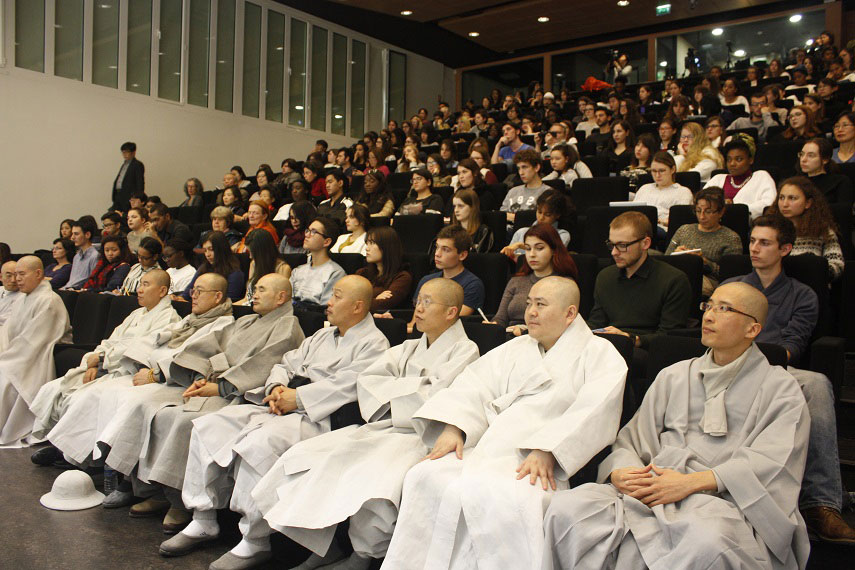