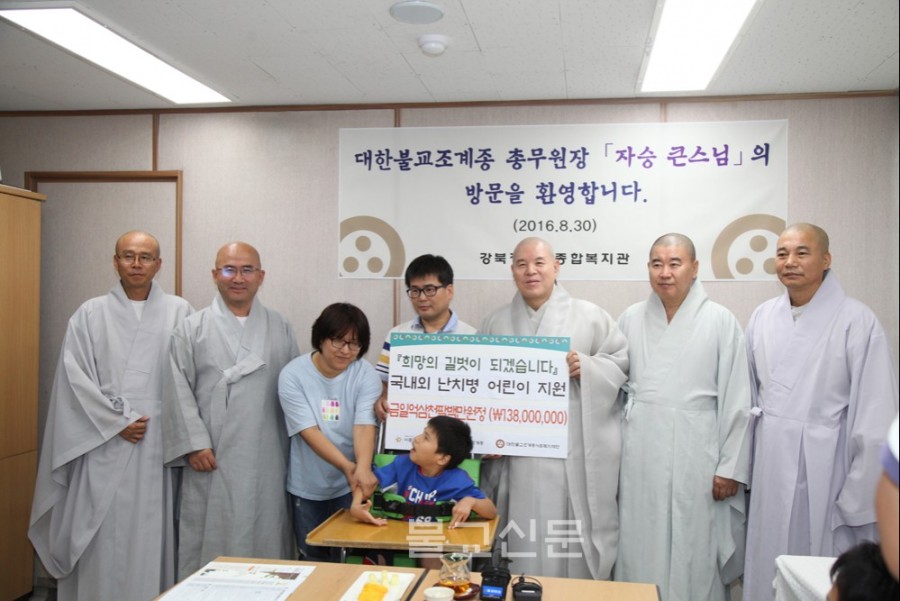 "Good luck with your medical treatment. I will pray for you."

Ven. Jaseung, the President of the Jogye Order, made a visit to the Gangbuk Rehabilitation Center on 30th August and met children with incurable diseases including Seunghyeon Choi, aged 15, who suffers from celebral palsy. Ven. Jaseung said to him, "Good luck with your medical treatment. I will pray for you." Seungheyon smiled big to him. His illness is the registered first-grade of disability. He cannot make a move by himself, but he strives to recover his health by sincerely following the treatments that the Rehabilitation Center provides; physical therapy and speech-language therapy, etc.

Ven. Jaseung conveyed the donation which was successfully raised by the fundraising campaign of all-night-vigorous 3,000 prostrations held in April 2016 nationwide.
※ see the relevant article:

The amount of fund raised is $138,000 in this year and this has been planned to deliver 15 children with incurable diseases in Korea and some in Laos for their surgery and medical treatment expenses. The Jogye Order announced their plan to continuously fundraise year after year on behalf of these children and their family to give hope and support.

At the Center, Ven. Jaseung met many patients, therapists, and parents by himself and gave the word of encouragement and hope. At the ceremony, Ven. Jagong, the Secretary General of Jabinanum, Ven. Jungmoon, Director of the Social Affairs Department, Ven. Suam, the head monk of Hwagyesa Temple, the operational temple of the Center, and Mr. Seokyoung Cho, the head of the Center were present.

The fundraising campaign of all-night-vigorous 3,000 prostrations was started from the year 2001 at the Jogye Order and has so far fundraised $975,000 in total, which supported the medical expenses of 362 children with incurable diseases in Korea. 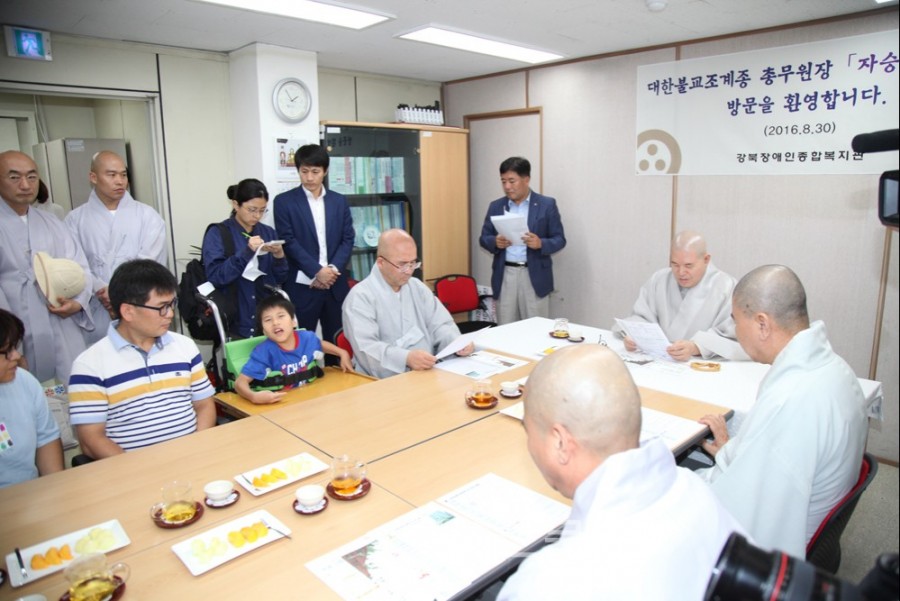