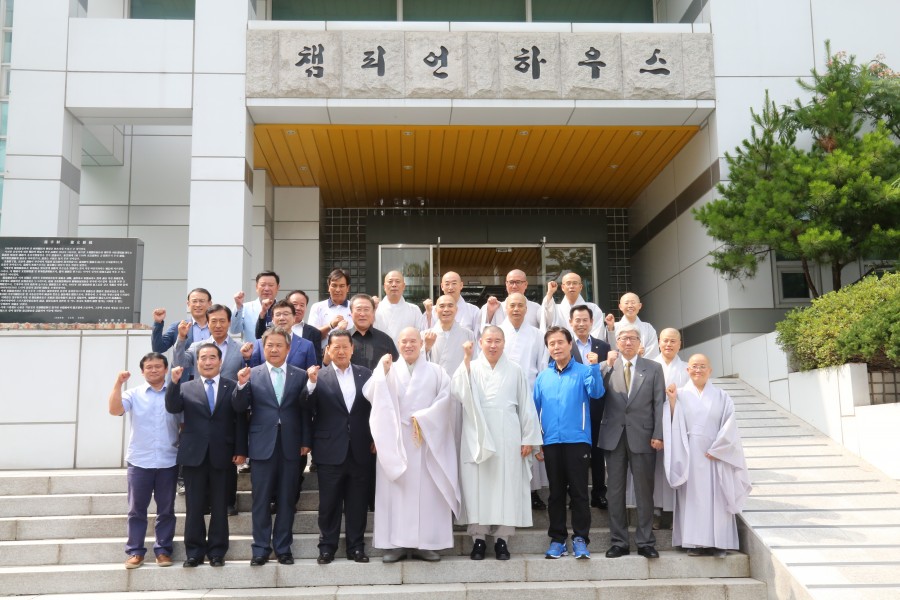 Monastics led by Ven. Jaseung, the President of the Jogye Order of Korean Buddhism, made a visit to the Taneung Training Center where the Olympic athletes are being trained for the Rio 2016 Olympics. At 14:40 on July 18, the visiting group arrived and received the warmest welcome by the Korean Olympic Committee including the President, Mr. Jeonghaeng Kim, who shared the current status and progress of the preparation for the Olympic with the visitors. In this 31st Summer Olympic held in Rio de Janeiro, Brazil, from August 6 to 22, 2016, the total of 210 Korean athletes in 23 different kinds of sports will play the competition.

Ven. Jaseung said, “Olympic is such a grand event which all nationals get united and enjoy together. We monastics will pray wholeheartedly for all of you to play to the best of your abilities in games and that all your efforts bear abundant fruits.” Mr. Kim, the President, replied, “This Olympic is the largest one since 1984 in LA Olympic. However, the condition is not much favorable to us due to long flight schedule from Korea to Brazil, big time difference, insecurity in local area and some local diseases, etc. Nevertheless, we will do our best for this upcoming game as well, and thanks to your visit in person to the Training Center, we feel more encouraged and very grateful.”

Ven, Jaseung offered the donation to the head of Taeneung Training Center, asking him to take good care of the athletes, and also gave Buddhist items like beads and Buddhist lucky bag to the athletes who are Buddhists; Mr. Yongdae Lee, the youngest gold medalist in Olympic badminton, Mr. Hyeongcheol Moon, the chief manager of archery national team, and Ms. Aram Shin, the fencing athlete who unfortunately had to accept the silver medal in London 2012 Olympic, wishing for their best performances and success in Rio 2016 Olympic.

Articles and photos provided by the Buddhist Newspaper 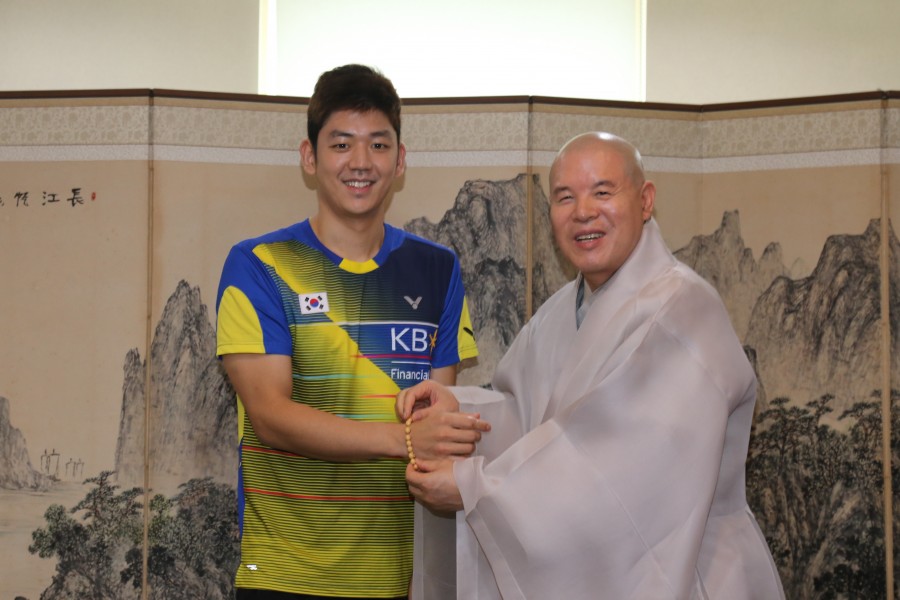 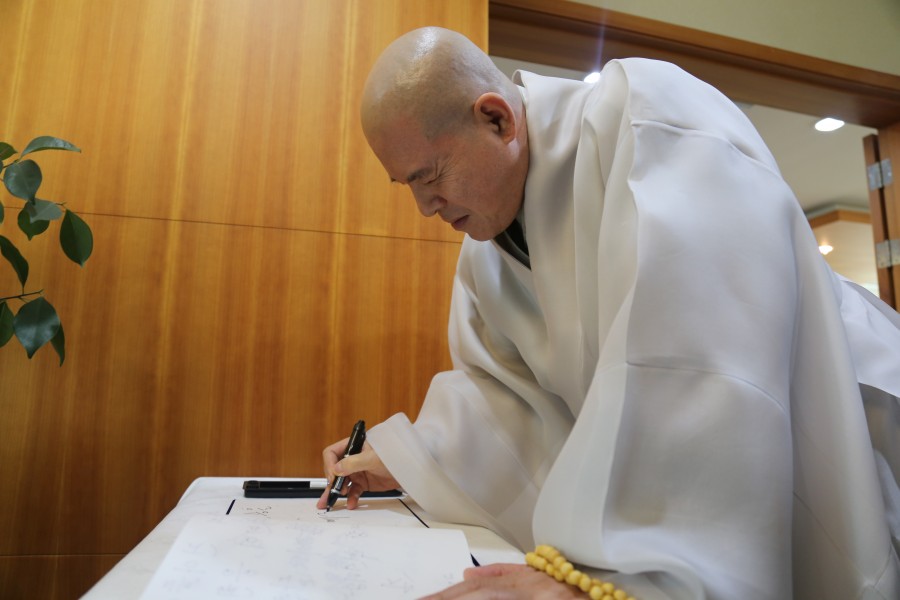 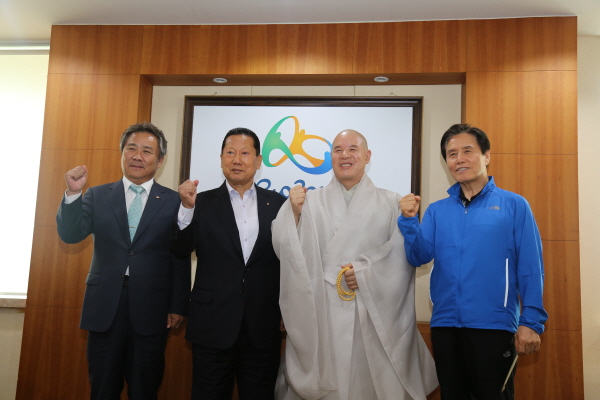 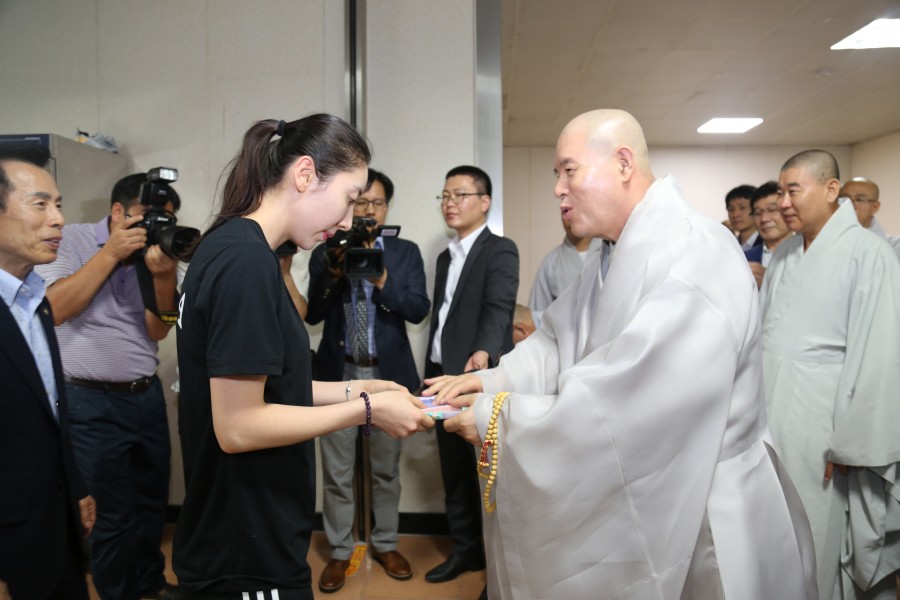