The Memorial Service of Tea Ceremony

for the heavenly bliss of Master Doui,

the Founder of the Jogye Order of Korean Buddhism 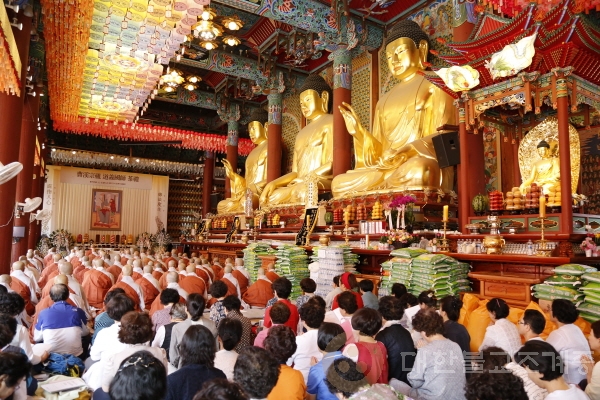 At 11:00am on Monday June 6, 2016 (2560 in the Buddhist Era), the Jogyesa Temple held the memorial service of tea ceremony for the heavenly bliss of Master Doui, the founder of Jogye Order in Korea, at its Main Buddha Hall.

The ceremony was conducted in the order of the Three Refugees, collective recitation of the Heart Sutra, announcement of the brief personal record of the Master Doui, commemorative speech for the memory of the Master, Dharma Talk of the Supreme Patriarch, memorial ritual, offering flowers and ended with the collective recitation of the Four Great Vows. About 200 people attended in the ceremony on this day.

At the commemorative speech, Ven. Jaseung stated that he, as the disciple of the great Seon master and the head of the Order, would continuously practice with great devotion and unfaltering endeavor, following his path, so that the headquarter of the Jogye Order could contribute further to the development of a more purified and undefiled mind of all Buddhists and of a more harmonious nation. All Buddhist monks and employees of the Headquarter should also strive hard for the bliss and benefit of all beings keeping in mind the great wisdom and compassion of all Buddhas and Bodhisattvas.” 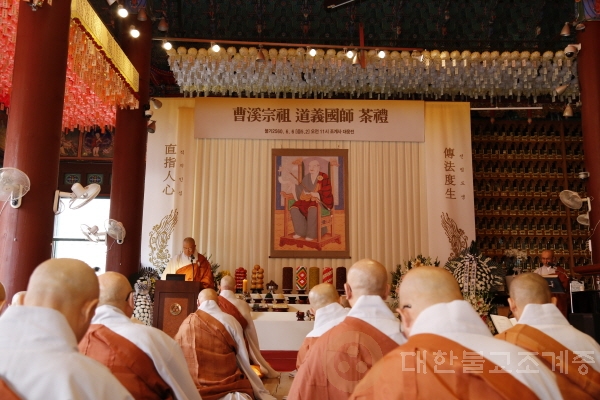 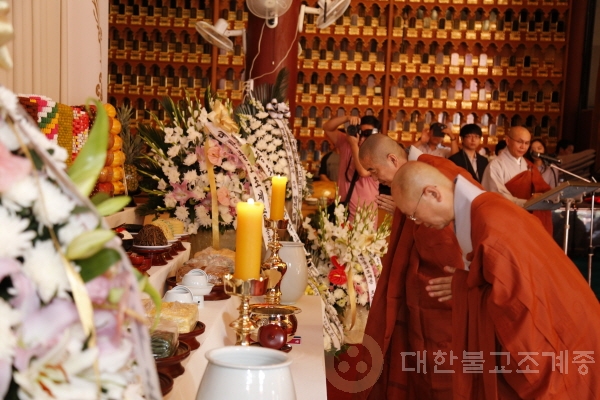 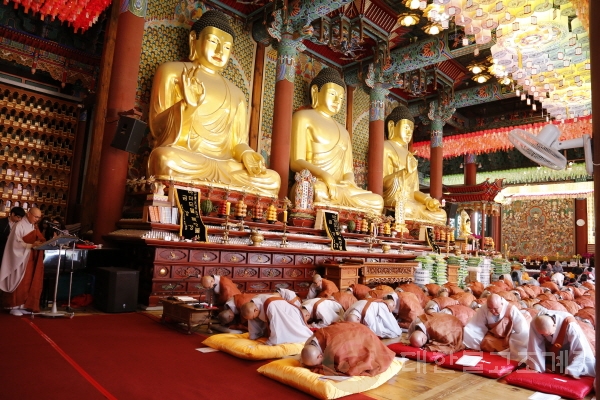