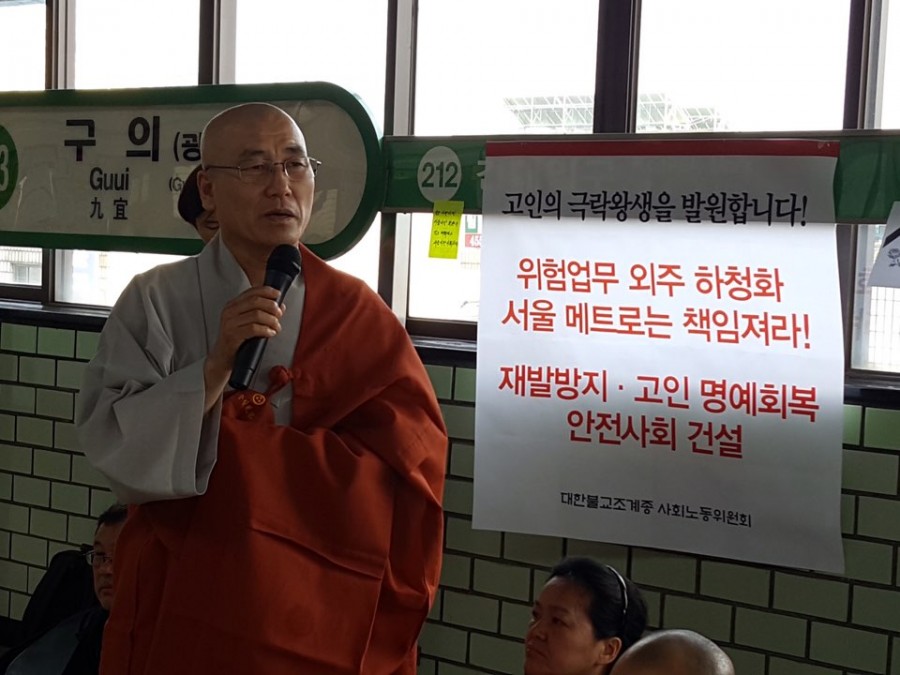 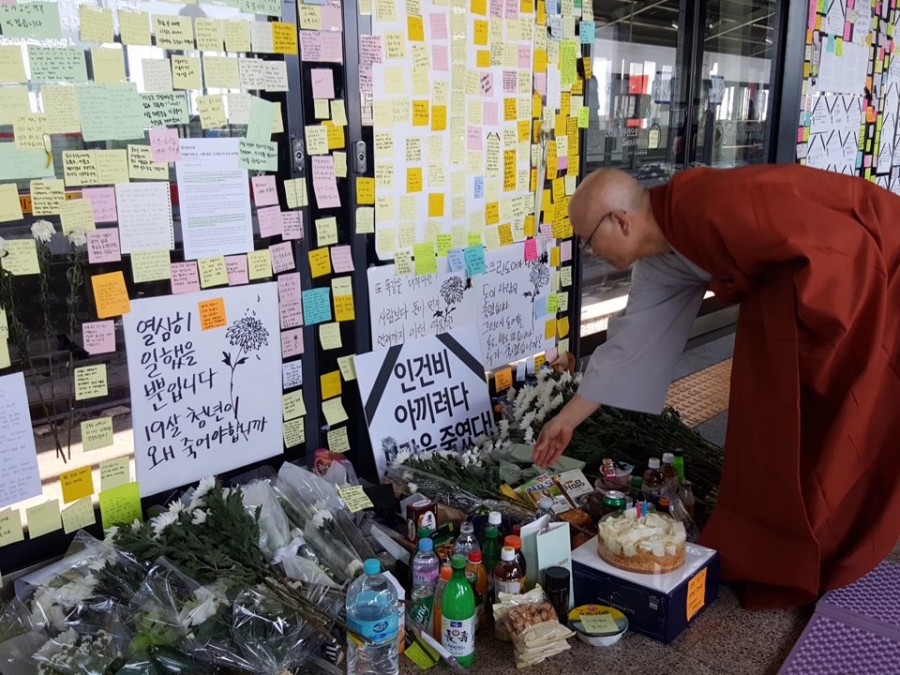 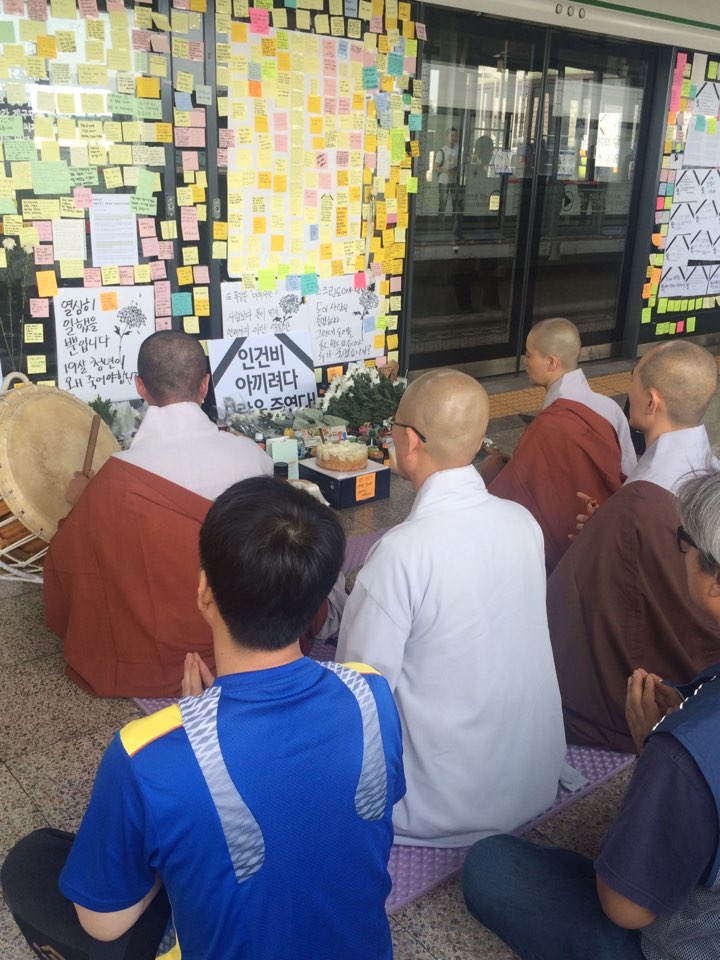 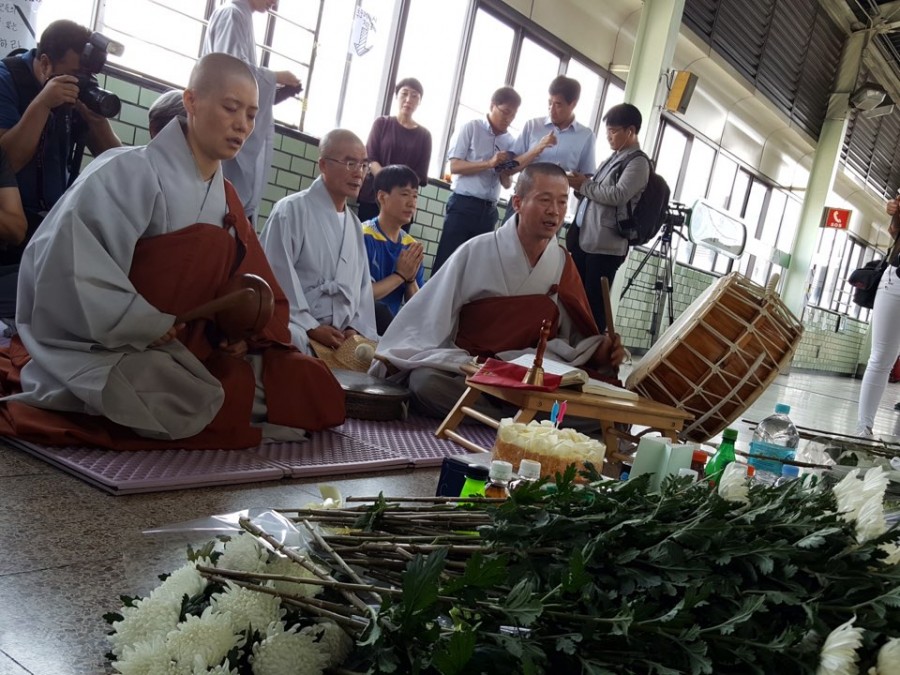 On May 28, a 19 year old screen door maintenance worker, subcontracted with Seoul Metro, died of an accident at the Guui Station Line No. 2. He was killed by incoming train while repairing the platform screen door. This was a third time of this kind of fatal accident of workers. The first occurred at Seongsu Station in January, 2013, and the second happened at Gangnam station in August, 2015.

The victim, surnamed Kim, was an employee of subcontracted maintenance company for Seoul Metro, a public corporation of the Seoul Metropolitan Government that operates subway lines No. 1 through 4. Seoul Metro. Whenever the accident happens, Seoul Metro promises the measure for stronger safety, preventing the reoccurrence of the accident, and ensuring the workers working in pairs, etc. Nevertheless, the same kind of accidents happened 3 times in subway line No. 2 for the past 3 years.

The Seoul Metropolitan Rapid Transit Corporation (SMRT), another operator of Seoul subway that operates the lines No. 5 through 8, has produced not a single accident during the same period of time. It is said that the frequency of screen door accidents is 10 times less than that of Seoul Metro. The reason is found in the fact that the SMRT manages the screen door through their staffs who are working in pairs all the time.

We must have learned nothing from the Sewol ferry accident. Thus we again lost another precious junior member of the society. This kind of fatal accidents does not happen in subway only. It is ceaselessly occurring in many different workplaces including ship building company, construction grounds because of the very same reason.

The current practice allows contractors prioritize profits over life and disregard the safety of people and the lives of the workers, and put all the blame and responsibility to subcontractors when accidents occur. The irregular workers in subcontractor work in callous condition at the expense of their lives while receiving absurdly low wages. But no one holds responsible for these accidents and the death of workers. If not cutting off this vicious structural system, we would have to face continuous death of workers in subcontracting companies.

The Seoul Metro should stop only blaming the subcontractor for this death. They should take the ultimate responsibility and show the public the complete plan that protect the lives of workers and ensure the safety of citizens.