Dharma Ceremony on the Buddha’s Birthday 2016

The Dharma Ceremony on the Buddha’s Birthday was held at Jogyesa Temple in Seoul at 10:00am, Saturday 14 May 2016. About 10,000 Buddhists were present in the ceremony, crowding the temple on this very special day.

It started from temple purification ceremony and six offerings, striking Dharma drums and Dharma bell, and continued to bathing of the Buddha statue, Buddhist benediction, Buddhist hymns, light offering, incense offering, tea offering, flower offering, and prayer by the head monk of the temple. In addition, the laity who greatly contributed to the propagation of Buddhist teaching and the development of Buddhist orders was awarded on this occasion.

Ven. Jinje, the Supreme Patriarch offered the Dharma talk (see the link to the Dharma talk of the Supreme Patriarch : http://www.koreanbuddhism.net/bbs/board.php?bo_table=2030&wr_id=6) and Ven. Jaseung, the President of the Jogye Order addressed the congratulatory message to the public. He stated, “We have believed prosperity equals to excessive consumption of materials at the expense of environmental destruction for the benefit of physical comfort. Also we have believed development equals to a series of artificial construction not leaving a single space for grasses to grow on the land, oblivious of the blessing of the Nature. We should change our understanding, transforming the idea of prosperity from individual wealth based on materialism to spiritual and mind-wise wealth, to common prosperity, to community spirit. I hope that each one of us can be the light of hope to each other, giving a hand to our neighbors living in difficulties, and holding hands together to build an integrated community, and to achieve common goals.” 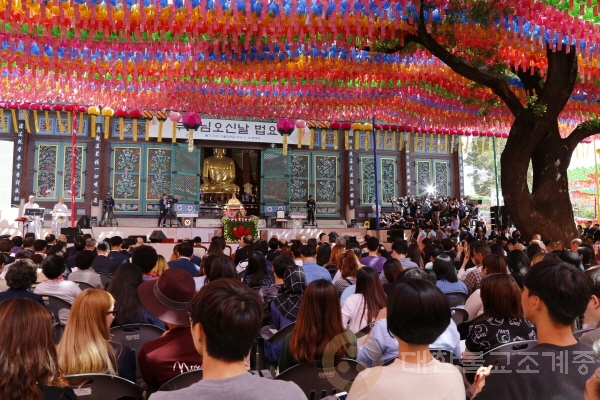 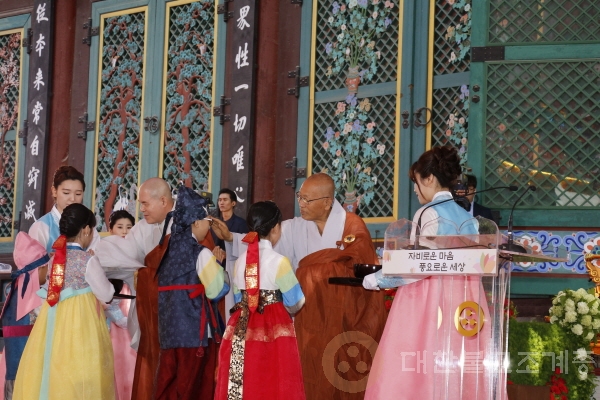 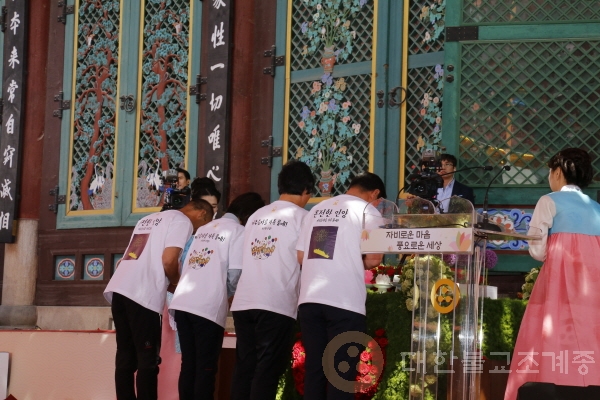 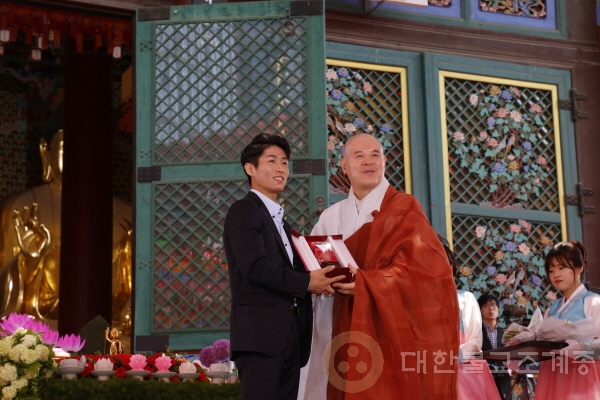 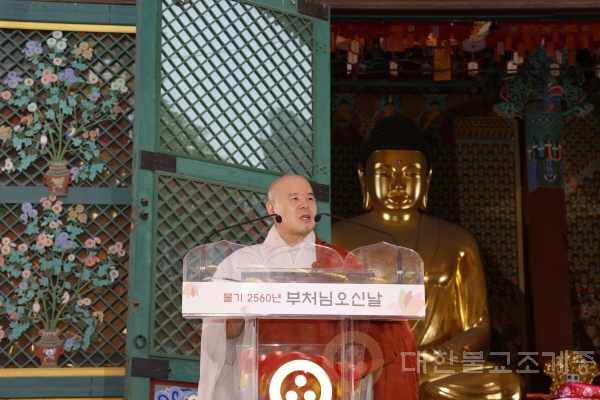 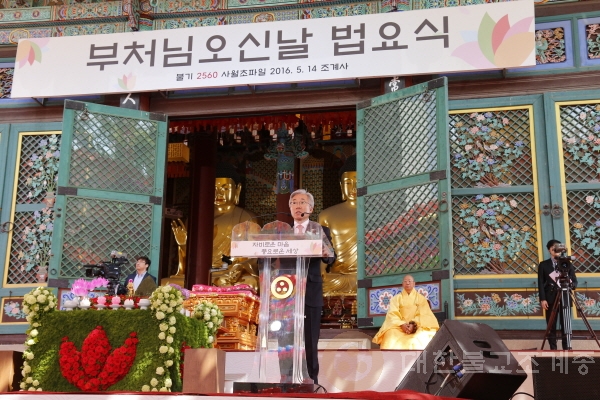 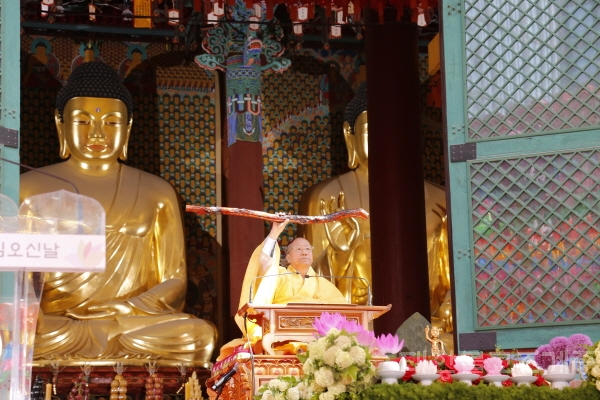 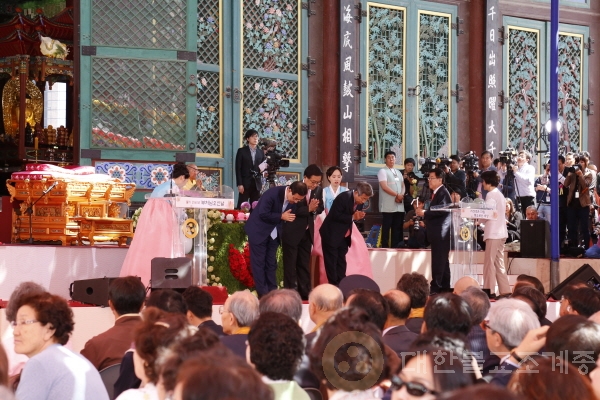 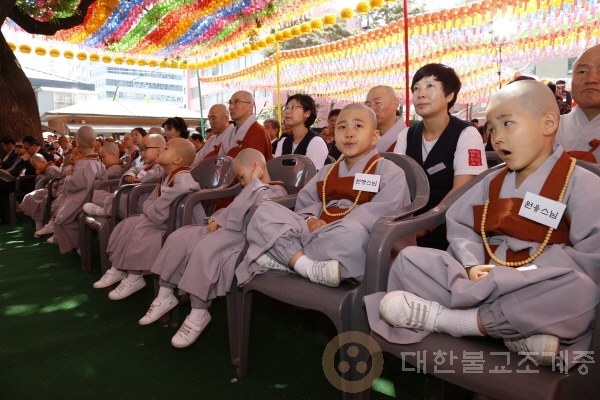 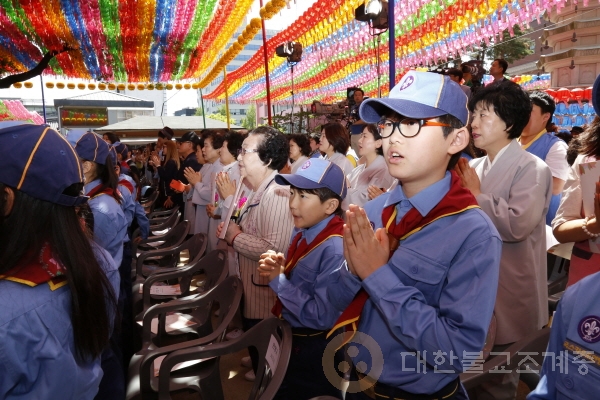