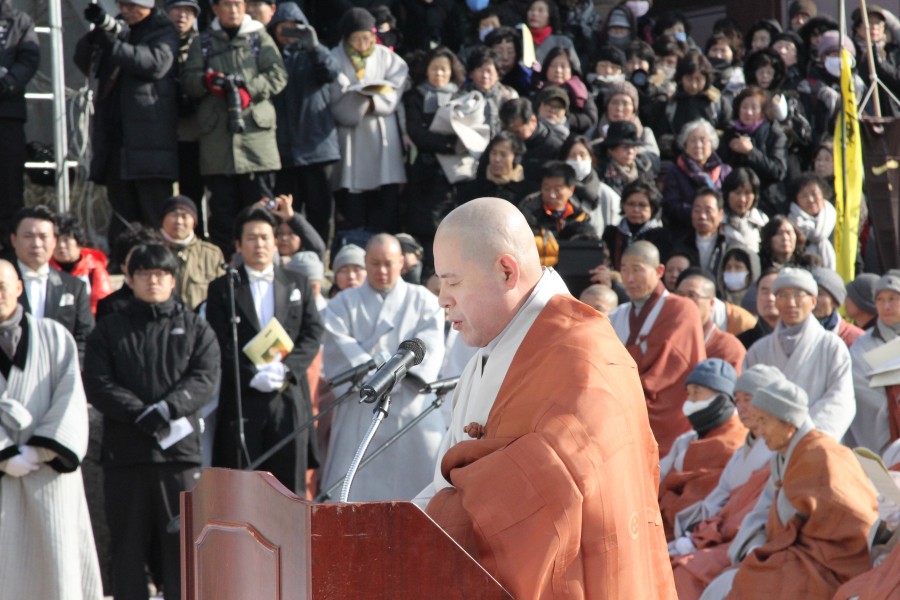 <Pic.The President of Jogye Order of Korean Buddhism gives words of condolences>
The Dabi Ceremonies of Most Ven. Jigwan and Ven. Daehaeng held in 2012 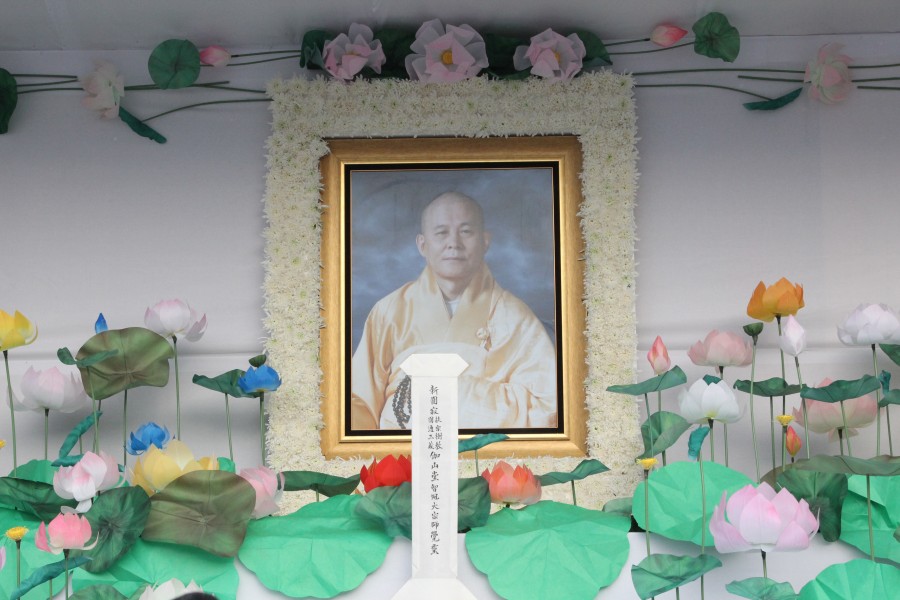 One of the most revered Buddhist Masters of Korea, the Most Venerable Jigwan (智冠 ) of Gasandang (伽山堂), has entered Parinirvana at the age of 79 at the Gyeongguk Temple last January. Traditional funeral rites were performed with great solemnity at the Haeinsa Temple on January 6th with 10,000 people of the fourfold assembly in attendance. A memorial altar was set up at the Haeinsa Temple in South Gyeongsang province and the Dabi Ceremony (cremation rite) was held on January 8th.
Ven. Ji-Kwan was born on Dec. 9, 1932 and took monastic vows in 1947 at the Haeinsa Temple in South Korea. He served as the Head Monk at the Haeinsa Temple from 1970 to 1972, and taught as the professor at Dongguk University. Ven. Jigwan led the Jogye Order for four years, following his predecessor Ven. Bub Jang. Venerable Ji-kwan was respected for his academic research of Korean Buddhism, and founded the Kasan Institute of Buddhist Culture, a research institute dedicated to the study of Buddhism. He devoted most of his life to publishing texts in Buddhism.
Ven. Jaseung, the Jogye Order’s President, reflected on the memory of Ven. Jigwan: "As the founder of a school which preserved the honor of Korean Buddhism, thousands of memorial expressions and dedications would not be sufficient." President Lee, Myung-Bak also sent a letter of condolence which read, "Although the Great Master has entered Parinirvana, his mark will remain permanent. I pray the spirit of harmony and peace shown by him during his lifetime be realized in this world of suffering."
After the Memorial ceremony, Ven. Jigwan’s Dharma remains were devoutly moved to the lotus-pedestal of the cremation site. The fire was lit while a monk announced, "Venerable, a fire enters." The assembly bid farewell to the Great Master Jigwan, diligently chanting "Namo Amitabha."
Daehaeng Sunim, from the Hanmaum Seon Center in Korea has also passed away at age 85. The following comes from the press release provided by Chong Go Sunim on May 22, 2012:
Hanmaum Seon Center regrets to announce the passing of our beloved teacher Ven. Daehaeng on Monday, May 21, 2012. She was 85 years old, and was ordained as a Buddhist nun 63 years ago. Daehaeng Kun Sunim (Kun Sunim is the Korean Buddhist title of respect for a senior nun or monk) was a rare teacher in Korea, a female Seon (Zen) master, who also taught monks. She was a teacher who helped to revitalize Korean Buddhism by dramatically increasing the participation of young people and men. She made the laypeople a particular focus of her efforts, and broke out of traditional models of spiritual practices to teach in such a way that anyone could practice and awaken. She was a major force for the advancement of Bhikkunis (nuns), fully supporting the traditional Bhikkunis’ colleges along with the modern Bhikkuni Council of Korea. Clearly seeing the great light we each have, she taught people to rely upon this inherent foundation, and refused to teach anything that distracted people from such.
Her deep compassion made her a legend in Korea long before she formally began teaching. She was known for having the spiritual power to help people in all circumstances with every difficulty. She compared compassion to freeing a fish from a drying puddle, putting a homeless family into a home, or providing the school fees that allow a student to finish high school. When she performed such acts and much more, few knew she had done so.
She supported many social welfare projects and founded centers in 11 countries around the world (15 centers in Korea, 10 international centers). Her teachings have been translated from Korean into English, German, Spanish, Russian, French, Italian, Chinese, Japanese, and Vietnamese.”
<The Dabi Ceremony article from Buddhist Newspaper posted on May 24, 2012;
The Most Ven. Jigwan article from Buddhist Newspaper posted on January 2, 2012;
The Ven. Daehaeng article from Shambhalasun.com posted on May 22, 2012> 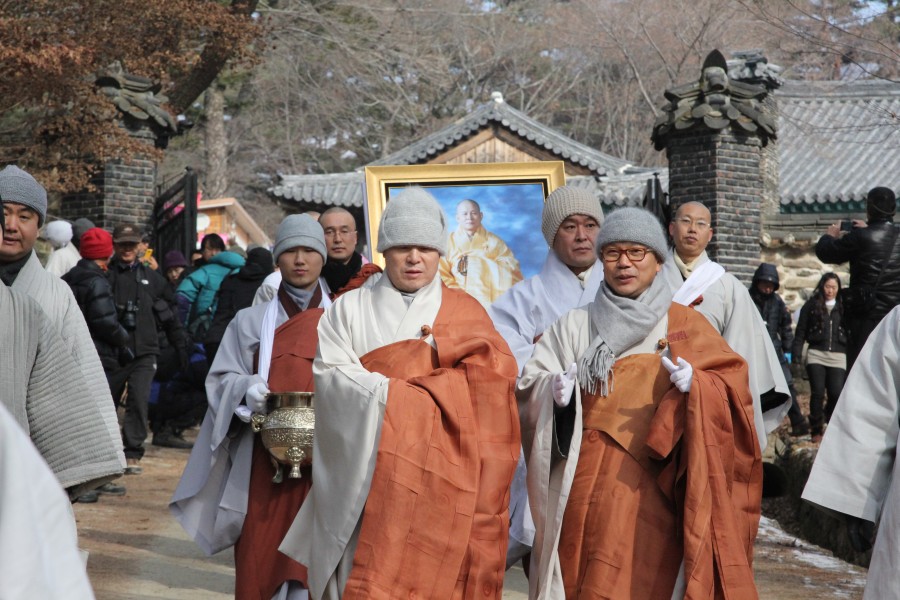 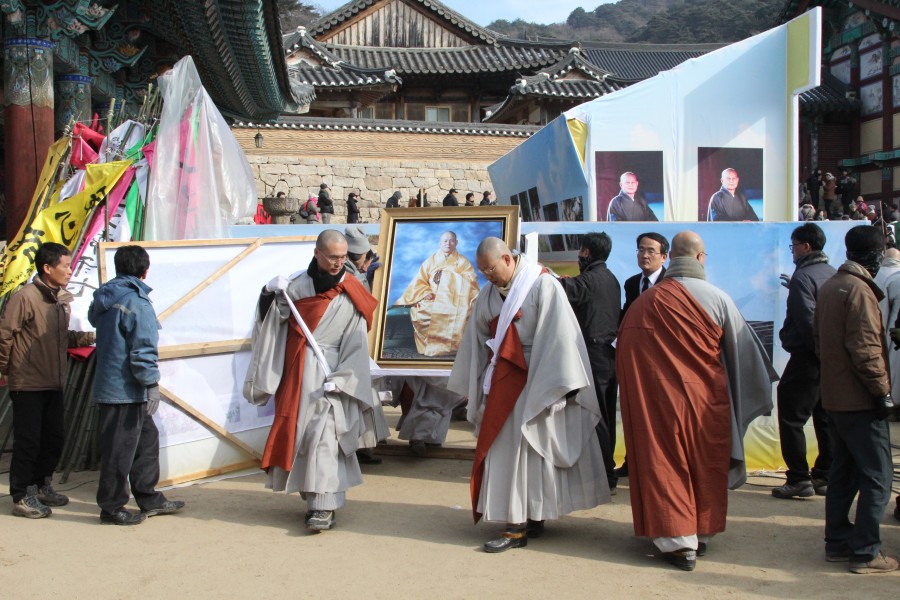 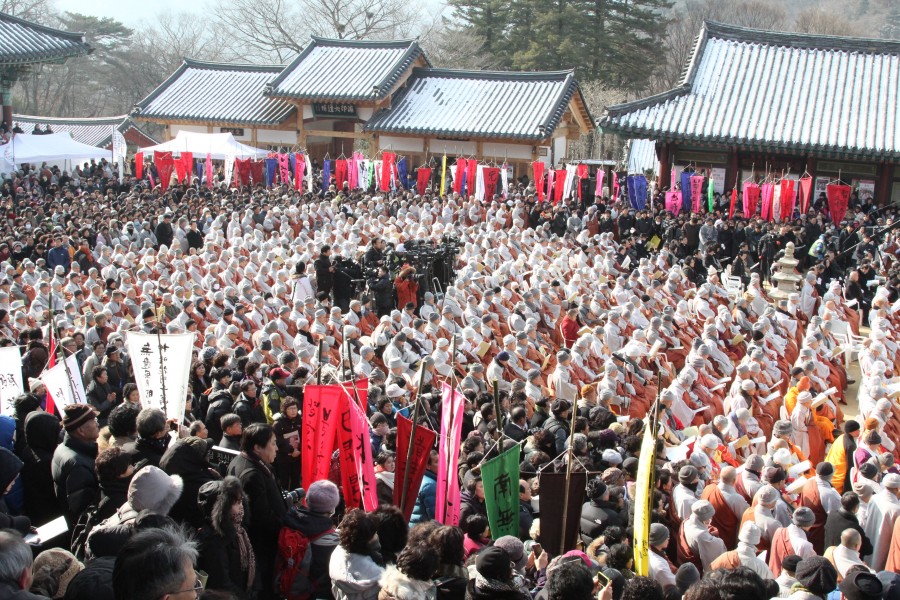