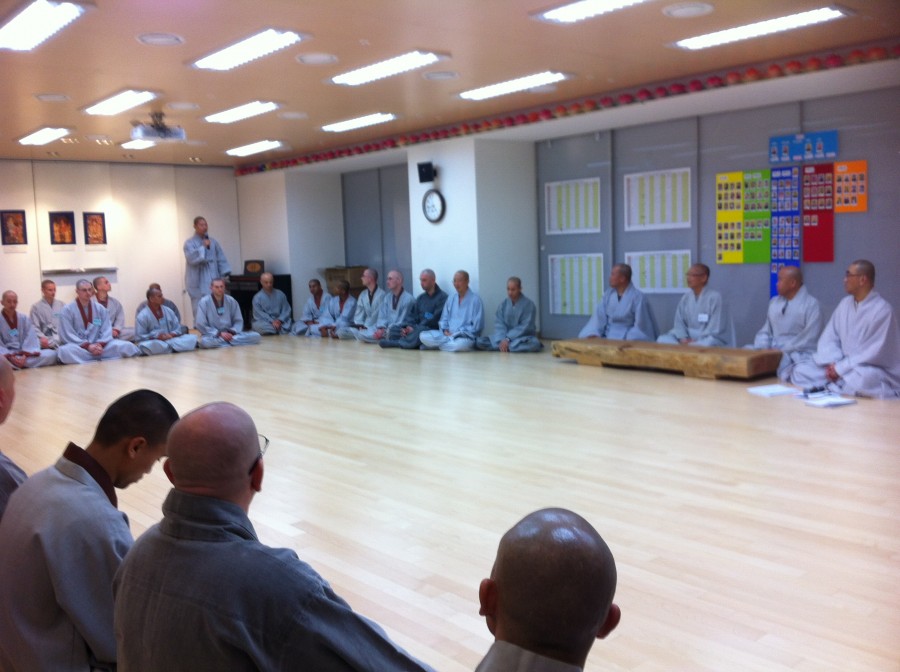 Pic. Left, Introduction of the Templestay Program and the temples under the administration of foreign monks by Korea Culture Commerce Foundation; Right, Conversation with the Education Centre monks.
The Monastic Training Centre of the Jogye Order (Executive Director, Ven. Hyeon-Eung) held ‘the Foreign Monks of the Jogye Order Seminar’ on May 11, 2012 at the International Seon Centre in Sinjeong-dong, Seoul. The foreign monks who joined the Jogye order upon renunciation held discussions on their roles in the development and understanding of the Korean Buddhism internationally. Attending the seminar were 60 foreign bhikkhu, bhikkhuni, and novice monks and nuns from 22 countries including those from the U.S., Great Britain, Australia, Czechoslovakia, and Sri Lanka.
The Monastic Training Centre outlined the Order’s programs for the international development of Korean Buddhism, including the Foreign Special Districts, the Templestay Program, the international NGO activities, and the Order of Assembly for emigrants, entreating the foreign monks’ participation in the programs. The challenges experienced by the foreign monks, as in the Buddhist Priesthood Examination and its administration, along with their suggestions for improvements were registered to map out working solutions to the difficulties.
The Centre shared the Order’s supporting policies with the monks who are planning strategic missionary works. There have been previous seminars of foreign monks by the Jogye Order, with this seminar being the first of the Jogye Order foreign monks in particular. The Monastic Training Centre plans to hold annual Foreign Monks of Jogye Order Seminar around the Day of Buddha’s Birthday. 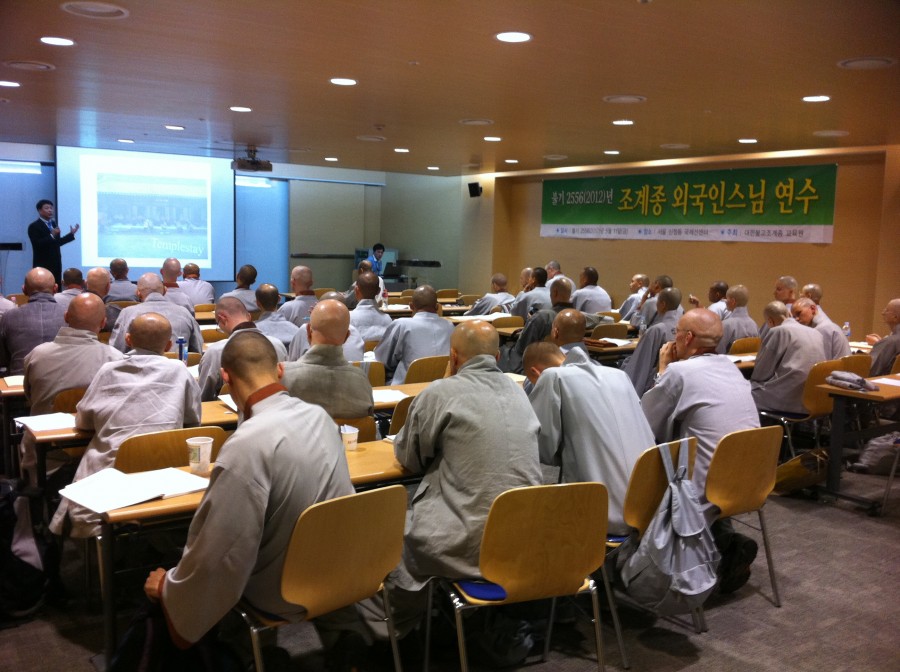