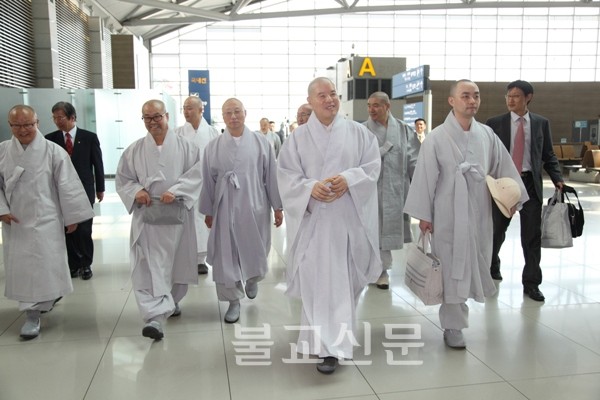 <The Most Ven. Jaseung and 48 other monks and laity embark on the trip to Paris> 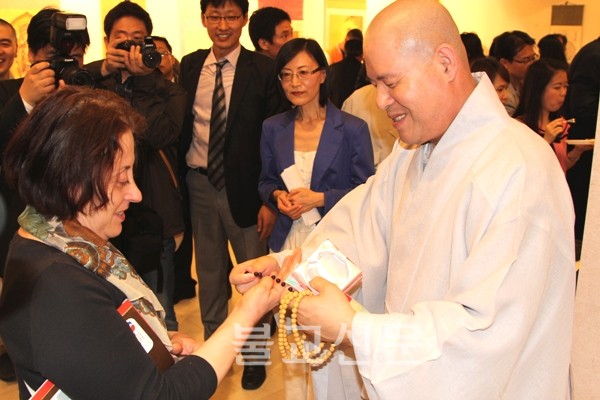 <Ven. Jaseung present Buddhist Prayer Beads to an interested Parisian>
For the past few years, the Jogye Order of Korean Buddhism (JOKB) has been developing a series of international exchange programs to help spread the teachings of Korean Buddhism abroad. This year UNESCO and JOKB are meeting together at the UNESCO headquarters, where the ambassadors from member nations and representatives from the Jogye Order will engage in meaningful dialogue concerning common issues such as respect for life on this planet and the harmony of mankind. There will also be cultural exchange programs featuring the Tripitaka Koreana and traditional Korean temple food in the hopes of creating a foundation for mutual respect and understanding. 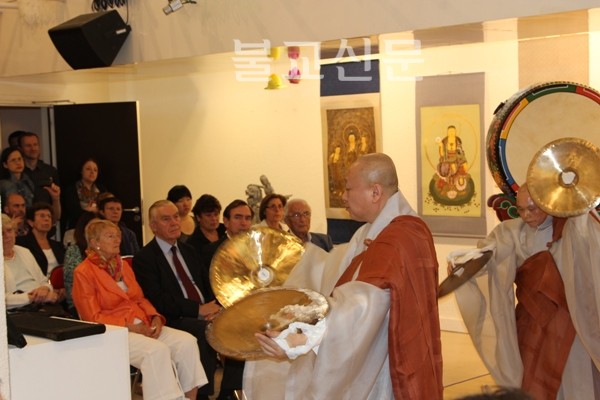 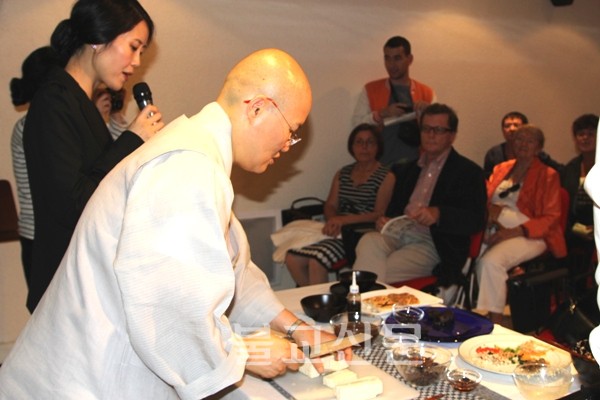