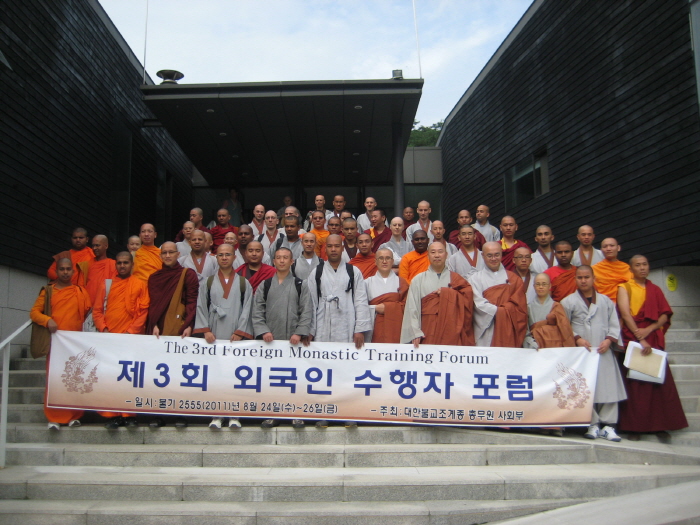 Foreign monks and nuns from 19 nations gathered at the Center for Korean Buddhist Culture and Tradition near Magok-sa Temple in Chungcheong Province to learn more about Korean Buddhism and to build stronger network between other foreign monks.
From August 24~26th, International Team from the Department of Social Affairs in Headquarters of Jogye Order hosted the Third Foreign Monastic Training Forum. Approximately 60 foreign monks from various countries, including U.S., Russia, Bangladesh, Nepal, and Thailand participated in the forum.
At the forum, the monks shared their personal experiences on how they became monks/nuns and shared information on their practice. On the second day, each of the countries presented the special features and strengths of their respective Buddhist practices. The Abbot of Anguk Seon Center, Ven. Subul taught “Korean Ganhwa Seon Practice” and Ms. Gu Mirae from Seongbo Cultural Center presented “Korean Traditional Practices and Life Time Rites”, which received round of applause from the participants. On the last day of the forum, participants visited Sudeuk-sa Temple and learned more about the history of the temple. 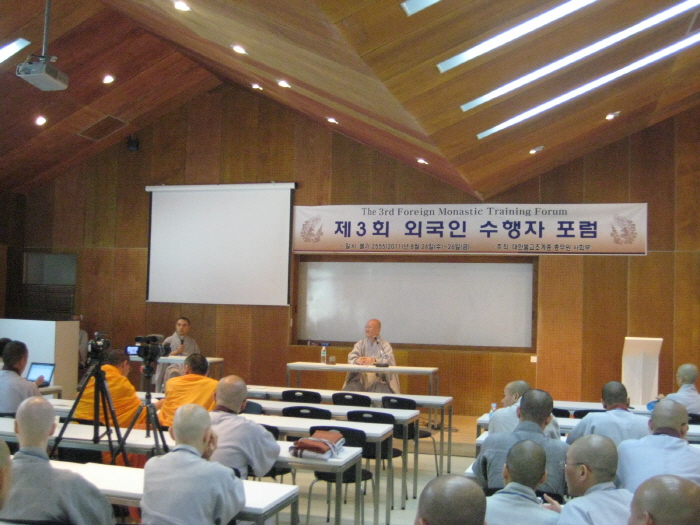 Most of the monks stated that they would like to attend this annual forum again. Ven. Beupsang from Nepal currently attending Dongguk University stated, “It was great to meet other foreign monks to discuss the future direction of Korean Buddhism.” and added, “This forum provided opportunity to learn more about things I was not aware of. It was very helpful.”
Some monks with their first experience in Ganhwa Seon Practice expressed very strong interest as well. Ven. Neungta from Bangladesh stated, “Although we could not understand 100%, he explained it in a way we could understand easily” and “I will work hard and become a Bhikku in Korea in order to help people in Bangladesh and Korea.” 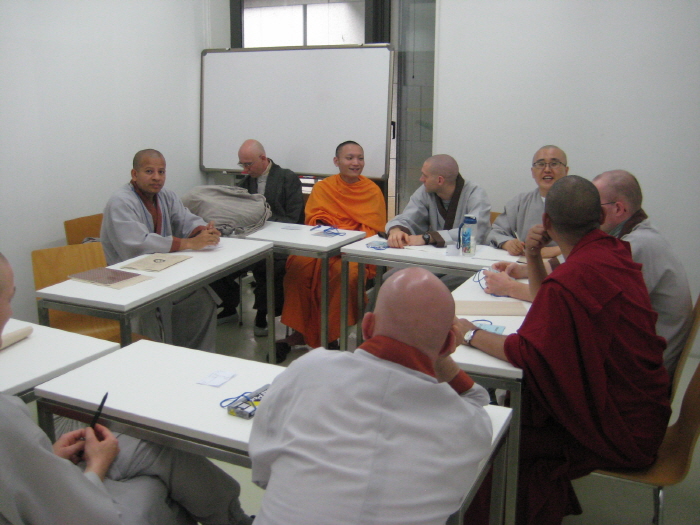