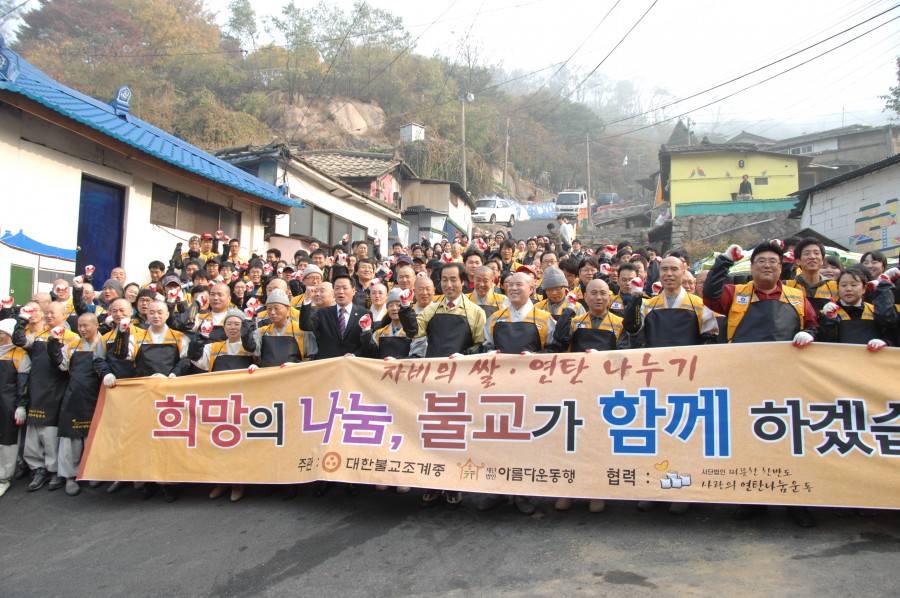 Ven. Jaseung, other monastics,  and over 150 Jogye Order employees delivered coal briquettes and rice to people in need at Gaemi Maeul, a poor area of Seoul. These briquettes are used in the winter to heat the floors for warmth.

On the morning of November 5, Jogye Order employees met at the entrance of Gaemi Maeul to be briefed about how to proceed giving out the briquettes by the Yun Yu-seon, the office manager of “Sharing Coal Briquettes in Korea.” Ven. Jaseung said, “We must use our body, more than words to deliver these briquettes. Let’s do our best.” 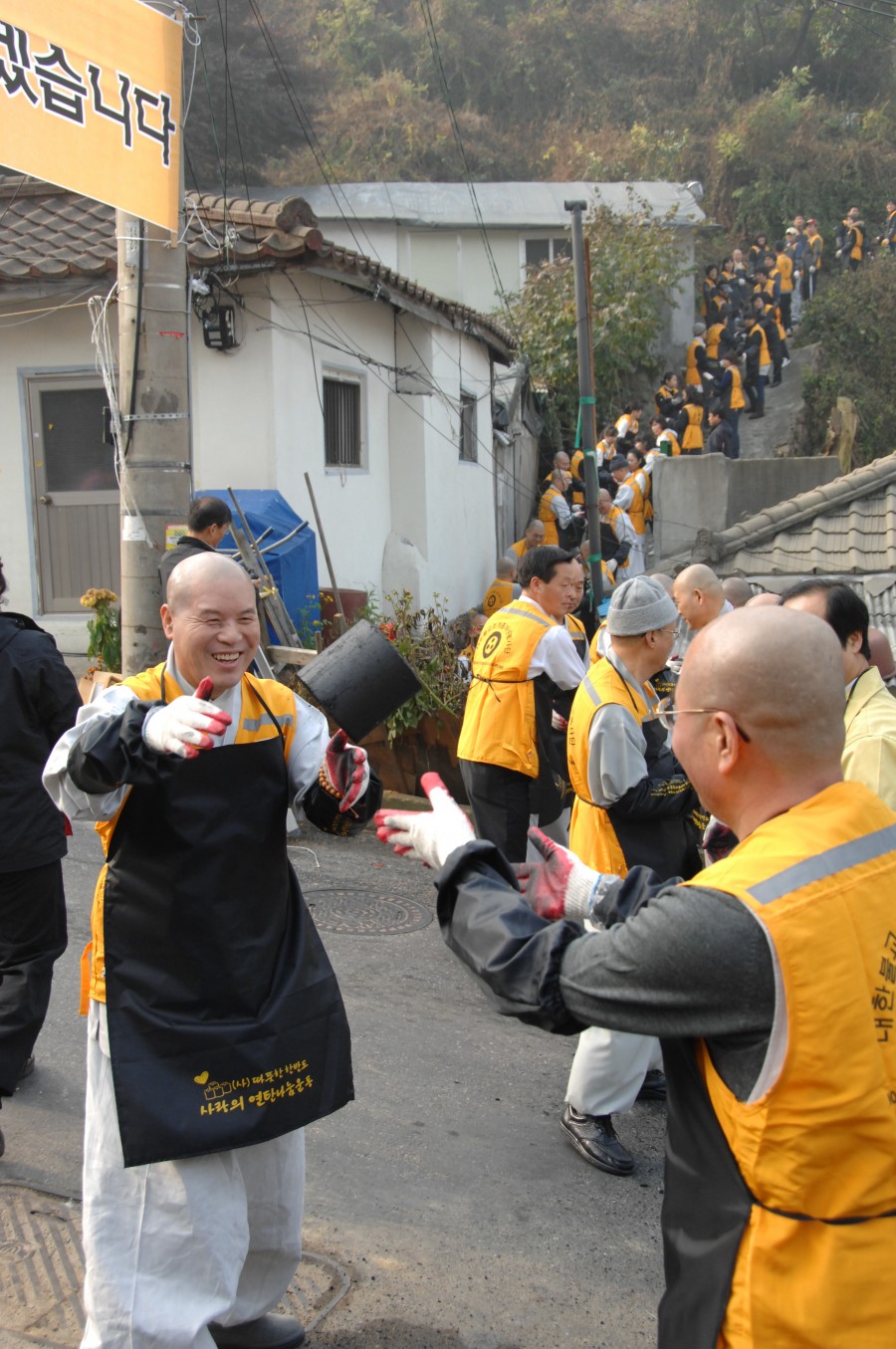 A local government official Mun Seok-jin, who also came out to help, said, “I’m very grateful to the Jogye Order monastics for coming out to practice compassion.” From 10 a.m., the monks and Jogye Order employees began delivering the briquettes to the families in Gaemi Maeul. 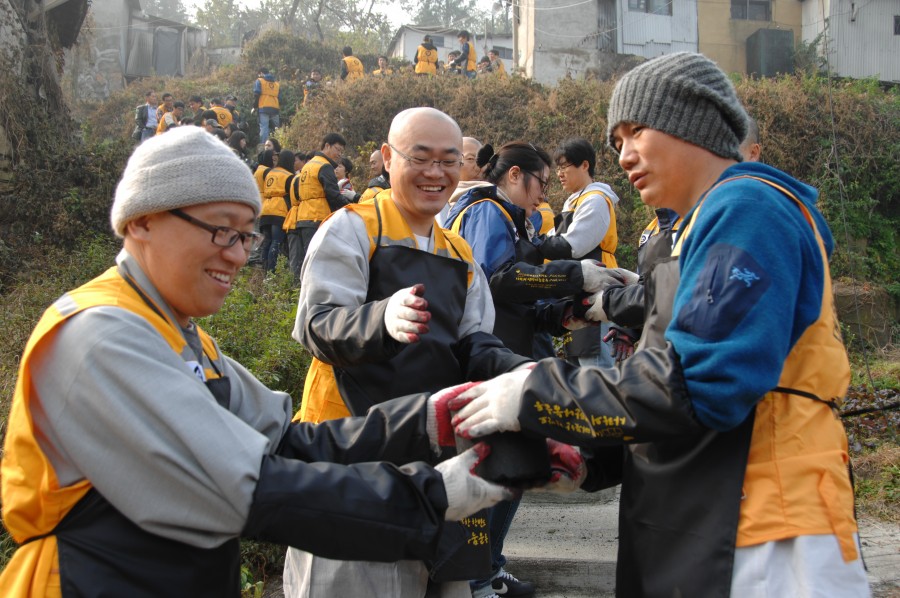 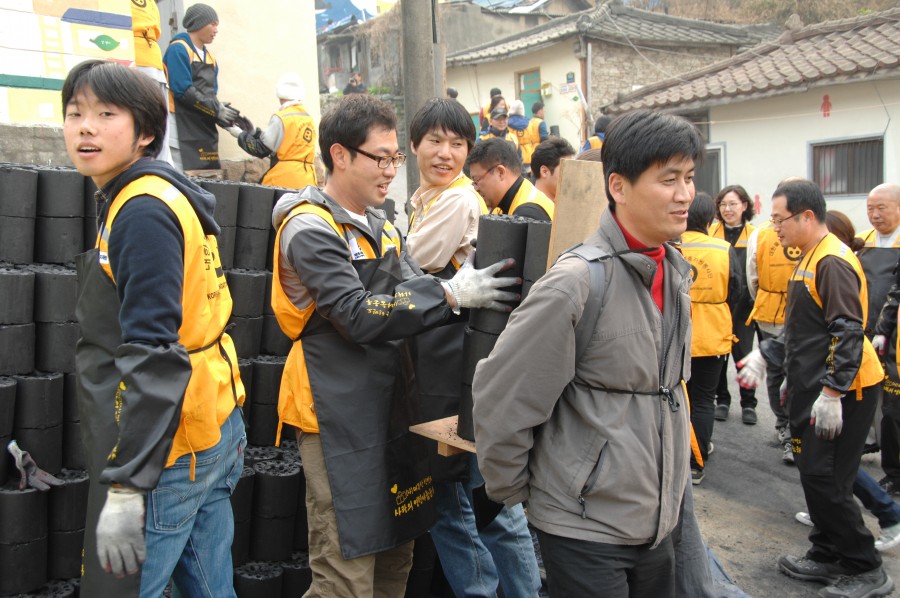 Ven. Jaseung personally delivered briquettes for about an hour and offered words of encouragement to the neighborhood folks including a 75 year-old Lee Mou. He said, “Although things may be difficult, please take heart.” Mr. Lee responded, “I’m very grateful that the monastics personally came. This is the first time that the Jogye Order President has come to our neighborhood. After delivering coal briquettes and rice by hand, the Jogye Order monastics and employees went to the nearby park to eat boxed lunches. Then, from 1:30, they began again to deliver more briquettes. 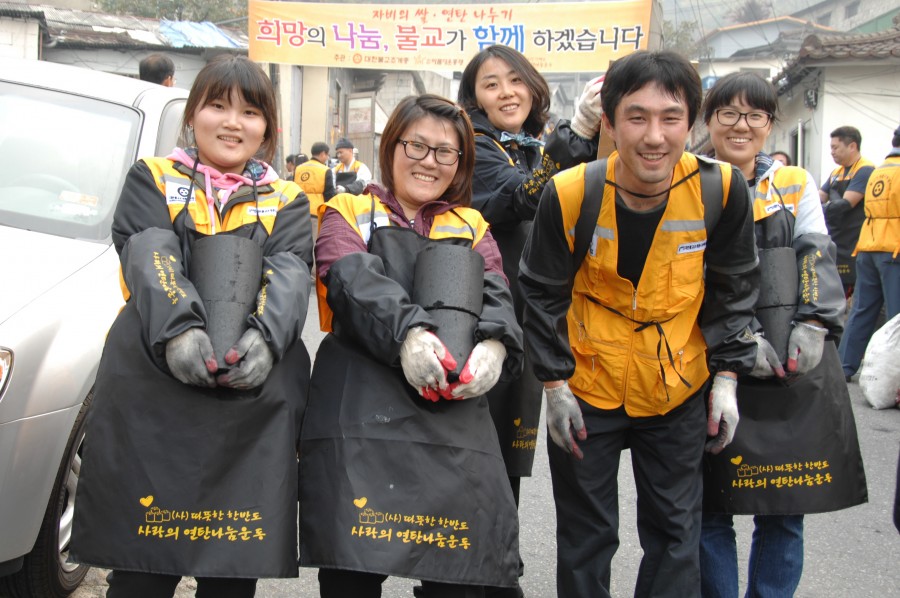