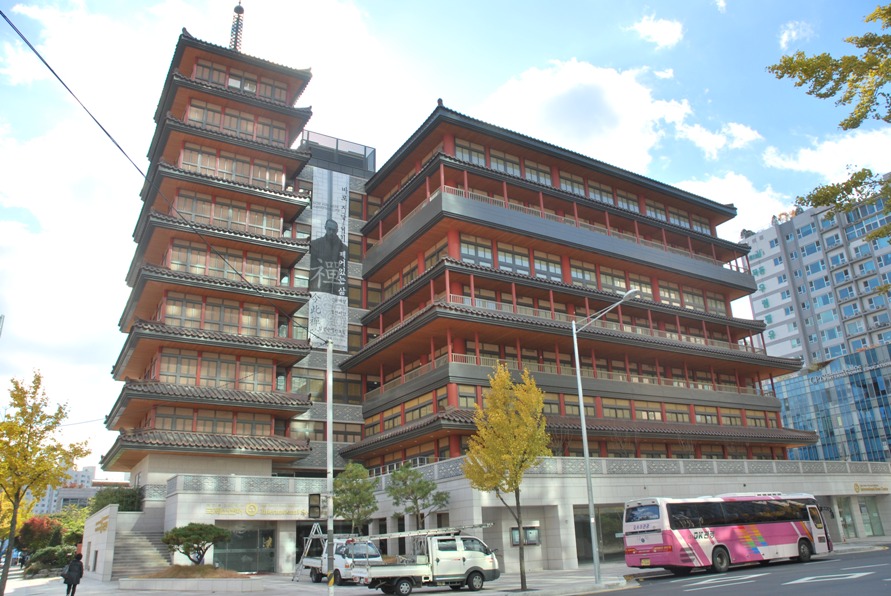 The Jogye Order International Seon Center is now open to be a center to promulgate Korean traditional culture and Korean Buddhist meditation (Ganhwa-seon) to the world. The opening ceremony for the newly built center in Seoul was held on November 15. Jogye Order President Ven. Jaseung, members of the Council of Elders Ven. Jeongmu and Ven. Jongha, Director of the Bureau of Education Ven. Hyeoneung, Director of the Bureau of Dharma Propagation Ven. Hyechong, President of the Central Council Ven. Boseon, National Assemblymen Choi Byeong-guk and Jo Yun-seon, and local officials and other monks and nuns with over 1000 people attended the ceremony. 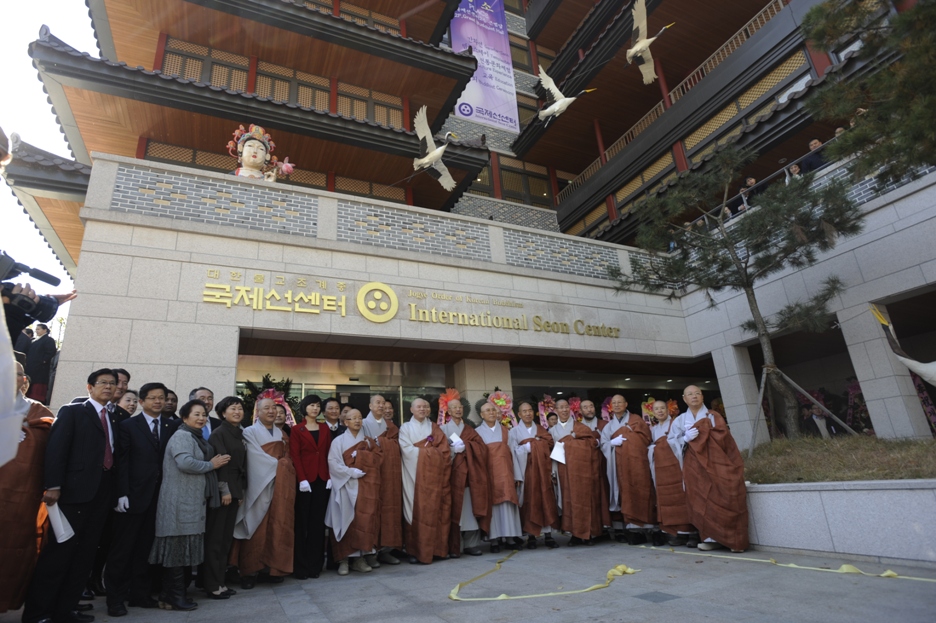 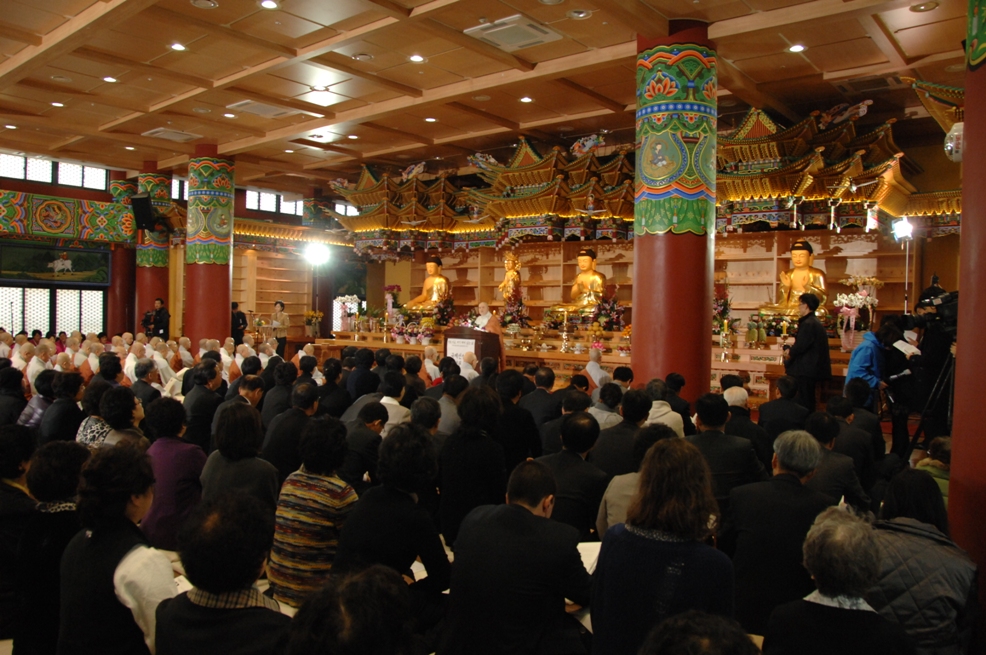 The International Seon Center will be the main place for promulgating Ganhwa-seon (Zen meditation), which is the origin of the Korean spiritual legacy, to the world. Its role is to transmit Korean traditional and Buddhist culture with the world. It will serve as the center to share Korean Buddhism with the world. Let us examine the current programs and layout of this new Seon center.
It occupies the area of 2,110㎡ with a total floor area of 10,600.34㎡. It has seven floors above ground and 3 floors under ground. It features a mediation hall, a dharma hall, a dormitory for temple stay, and a culture center. It runs programs to experience Korean Buddhist culture such as English dharma talks, Seon meditation, Templestay, lectures on Seon culture, temple food cooking class, and more.
The great emphasis for the new center is “world promulgation of Ganhwa-seon.” The mission is to spread throughout the world the main practice of Korean Buddhism. Ganhwa-seon (Korean Seon meditation) will be taught at Geumcha Seonwon (Here and Now Meditation Hall) at the new center. In addition, the center will hold academic seminars on Seon meditation, inter-religious exchanges, exchanges with other practice centers, and forums on practice methods. In these ways, the Seon center will contribute to spreading widely Ganhwa-seon and transmitting Korean Buddhist practice methods.
The Seon center will also have the very popular cultural program, templestay. The center will have templestay for foreigners as well as a “temple life” program. The center will welcome foreigners living in Korea as well as tourists to learn about Korean Buddhism. There is also an “information center for foreigners” within the building.
The International Seon Center is not just to promulgate Buddhist culture. It will serve as a “welcome place” for Koreans and foreigners to encounter Korean culture. The center will also have Sunday dharma talks and dharma classes for children. The center is a place for friendly exchange of ideas in both the Korean and English languages.
In addition, the International Seon Center will have temple food cooking classes to promote Korean temple food, which is good for the environment. Ven. Hyeonjo said, “We will have a program to experience firsthand temple food, which is becoming more popular around the world. We will do our best to make temple food more popular in everyday life, in the community, and the world. There will also be diverse programs for the local people.