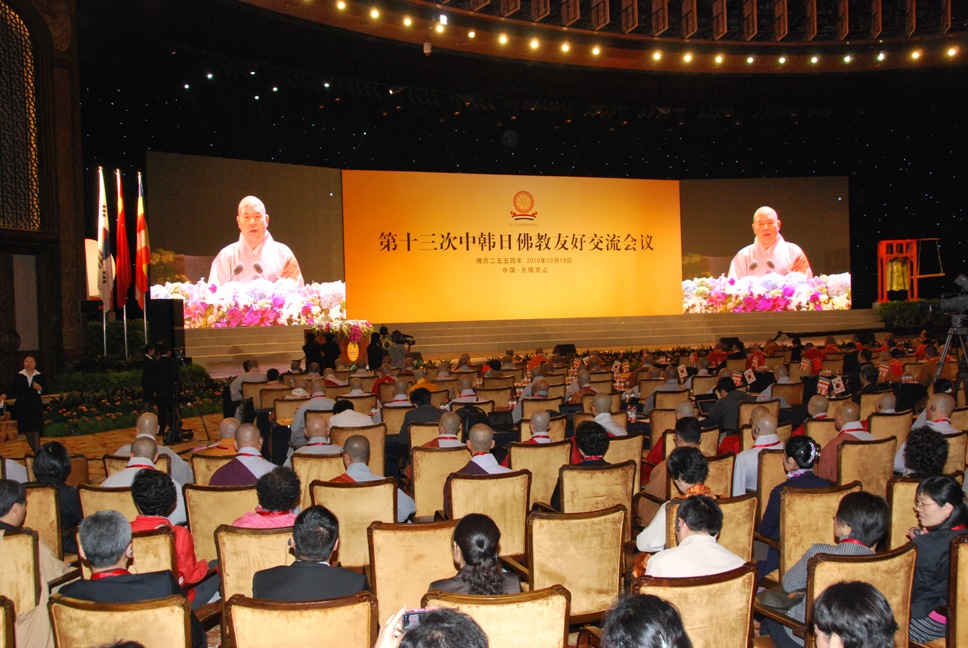 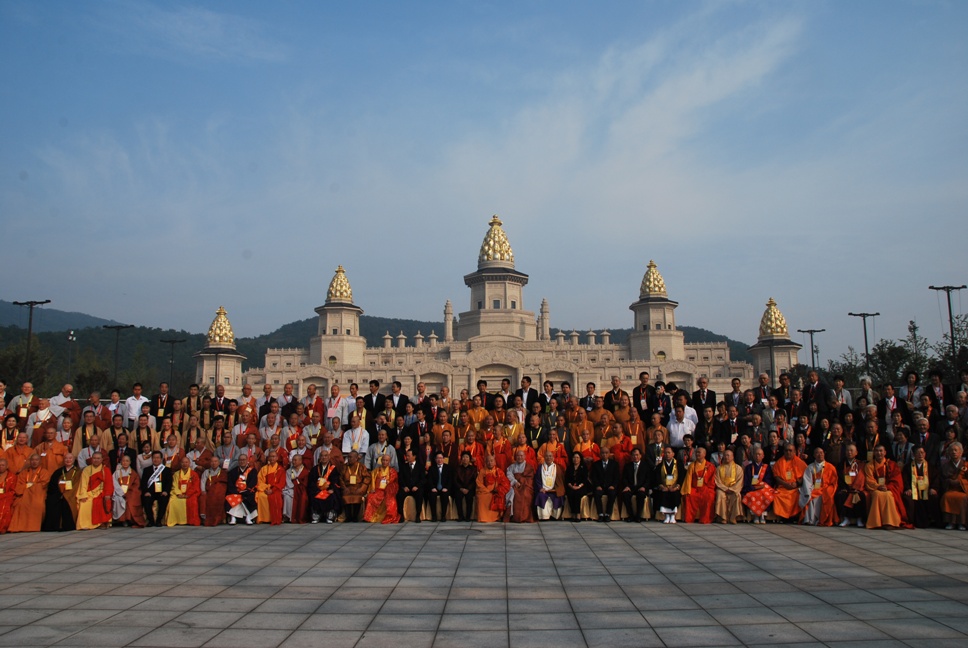 Ven. Chuain, head of the Chinese Buddhist Association said, “We have seen great loss in human society and destruction between humanity and nature through friction, conflict, and frequent disasters. During this time, Buddhist ideas of compassion and equanimity seem more relevant and precious. We must pray to the Three Jewels for world peace and happiness. Let the Buddhist of our three nations work together in diligence for world peace, human happiness, and harmony between nature and humanity.”
Ven. Gobarashijunsho, the representative from Japan said, “We the Buddhists of the three nations must form the foundation of world peace. I hope this conference can be a fresh beginning toward world peace.”
With 500 in attendance, each nation took turns chanting in the respective languages for the conference dharma service. Thereafter, the representatives from the three nations offered their speeches for world peace.
In the afternoon, there was an academic symposium. With over 300 in attendance, three representatives from each country made presentations. Hyejeong Jeongsa, head of the Jingak Order made the keynote speech. Jogye Order’s Ven. Woncheol, Taego Order’s Ven. Neunghae, Cheontae Order’s Ven. Muwon made the presentations.
Ven. Woncheol said in his presentation, “We live in a time where our three nations live together and through the expanding cultural market, we live a single community. Our three nations share more now then we have ever. Our three nations are coming closer to forming a single community. Buddhism is at the foundation of this unity and the cultural and regional solidarity of East Asia. Our three nation’s teenagers, young adults, college students, lay Buddhists, and the sangha must share together the wealth of East Asia to raise the banner of unity. In the future, East Asia will become the center of the world.”
In the keynote speech, Hyejeong Jeongsa said, “Our three nations should understand the importance of Buddhism’s interdependence for the development of human culture.”
Ven. Jaseung Visits Shanghai’s Yonghwa Jeongsa Dharma Center
Ven. Jaseung left Wuxi on the morning of October 20 to arrive in Shanghai. He visited Yonghwa Jeongsa Dharma Center, the Korean dharma center in Shanghai. Over 30 Korean Buddhists came out to meet with Ven. Jaseung. The members of this center expressed their gratitude, “It is very encouraging to have Ven. Jaseung visit our center despite his busy schedule.” 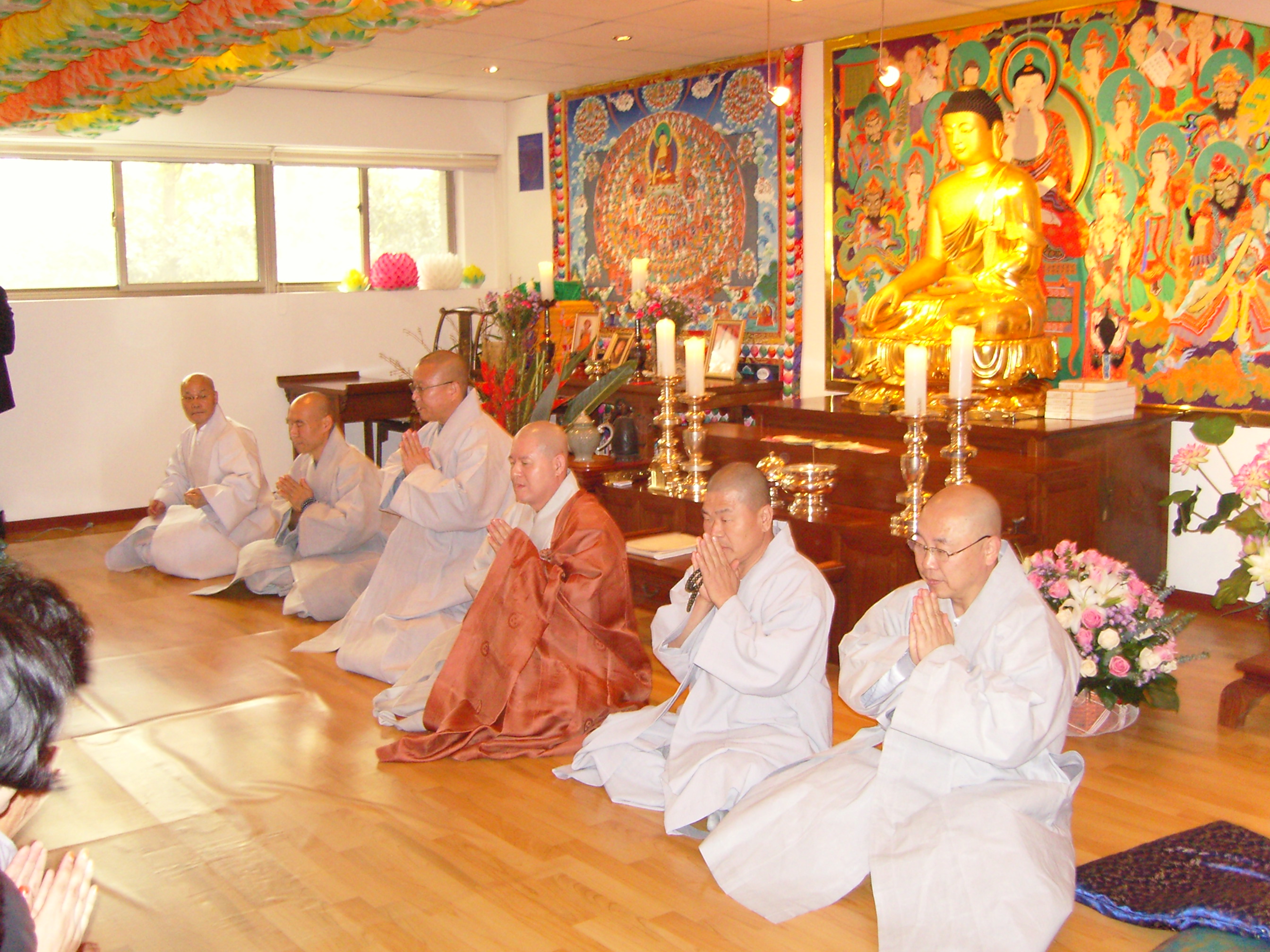 Ven. Jaseung told the center members, “Anyone can understand and take to heart the Buddha’s teaching to teach others. Although you live apart from Korea, I hope you will keep the Buddha’s teachings in your heart and live faithfully.” Currently, this center has no resident monk or nun. 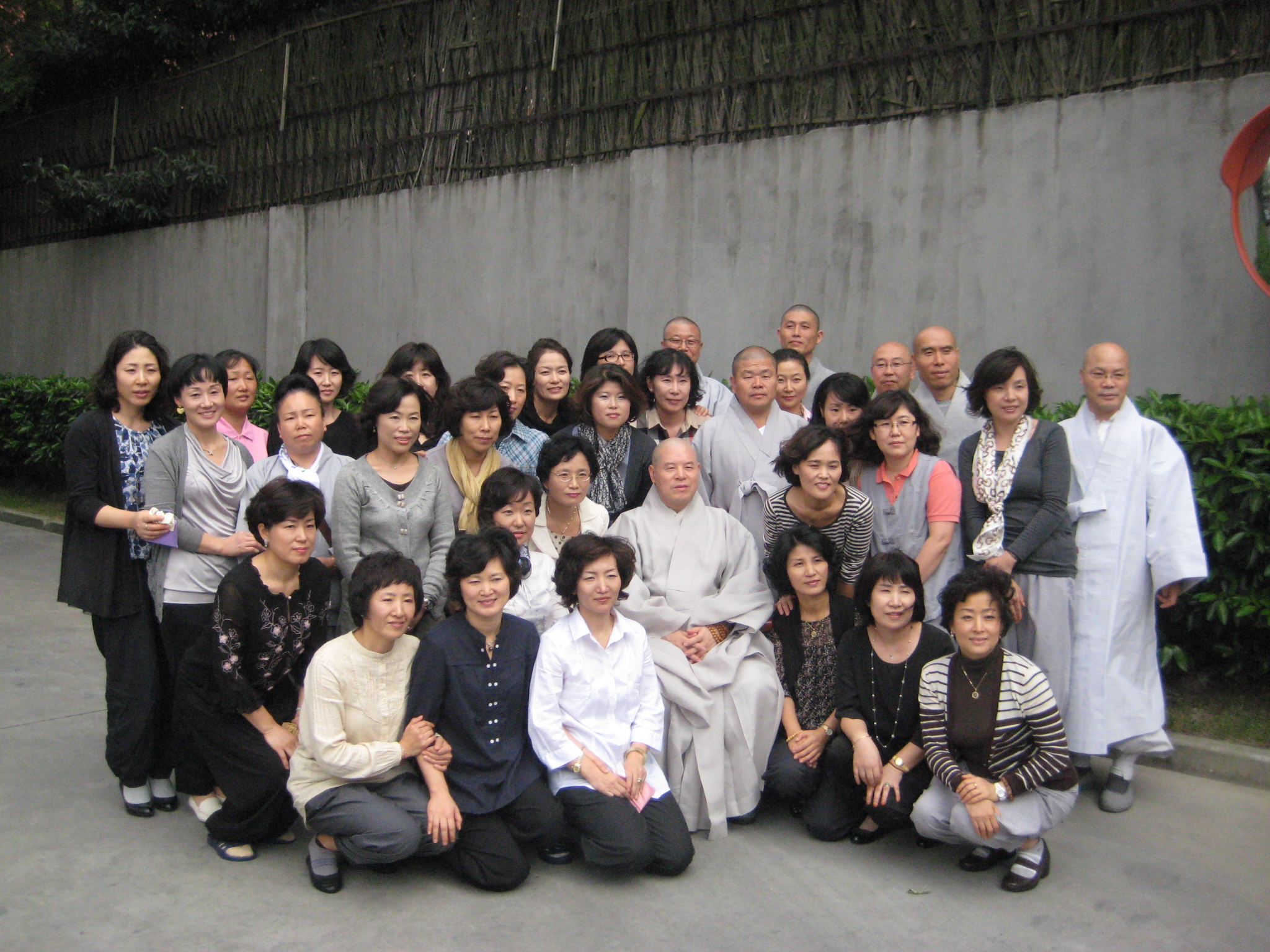