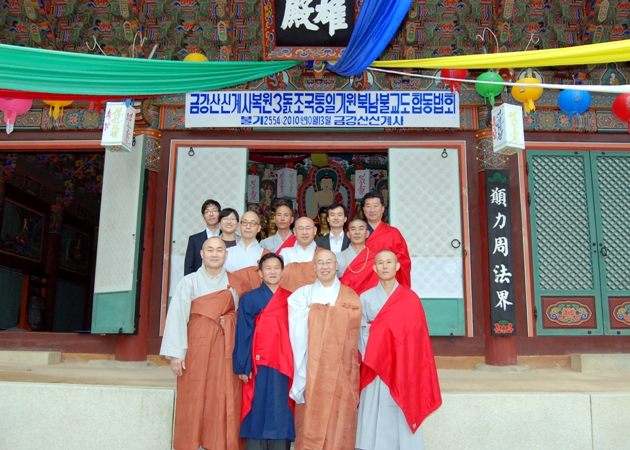 The Jogye Order held the three-year anniversary of the restoration of Shingyesa Temple on Geumgang Mountain in North Korea on October 13. The Jogye Order Offices for the Promotion of National Unity offered relief aid materials at a spring water plant on Geumgang Mountain. Thereafter, they offered 30 tones of rice to North Korea’s Joseon Buddhist Solidarity at Shingyesa Temple. In the afternoon, there was a dharma service to commemorate the three-year anniversary. Next is an excerpt from the aspiration prayer from the service:
“We are all descendents of the same forefathers. We have worked toward unification together, and together we will prosper in a unified Korea. We Buddhists from the North and South must go forth together with courage and determination on the path toward unification.”