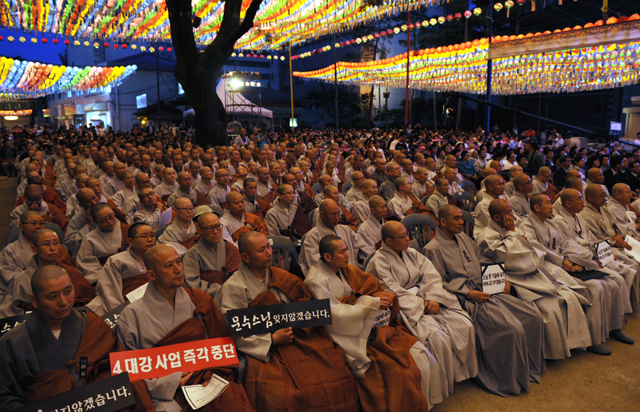 There was a national memorial service for Ven. Munsu, the nun who killed herself by immolation in protest of the government’s development of the four great rivers. Over 1500 attended the service held at Jogyesa Temple on June 5. There were tears amid resolutions to carry out her last wish that the four rivers be protected from development.

In attendance were representatives from various religious and environmental organizations. There were also officials from the government as well as high monks from the Jogye Order. 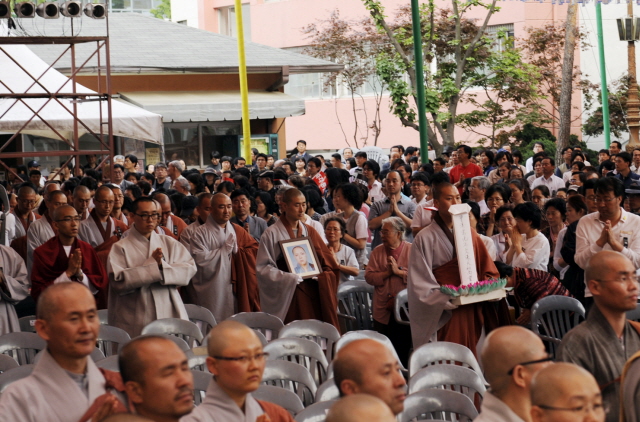 The service began with the entrance of the mortuary tablet and picture of Ven. Munsu. Then the monastics from Joongang Sangha University performed a ceremony of the deceased (Cheondo). Thereafter, there were several speeches followed by memorial song and performance. Finally, 108 lotuses were offered in front of Ven. Munsu’s picture. Many of the attendees held signs that read, “We will not forget you, Ven. Munsu” and “Stop now the four rivers development.” 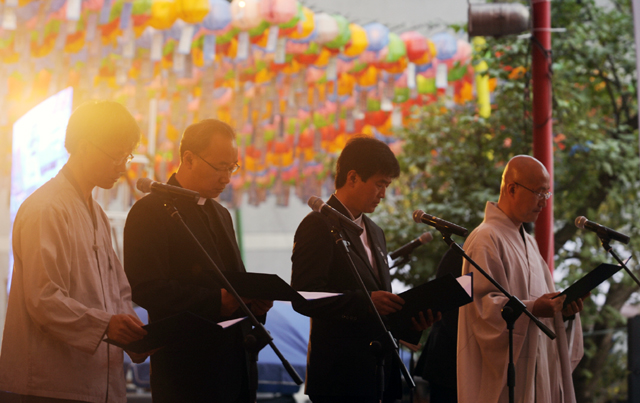 Jogye Order head Ven. Jaseung said, “We stand here with solemn hearts. We will now share the will of the sacrifice you made in self-immolation, which showed the value of countless lives (that are lost due to the development of the rivers).” 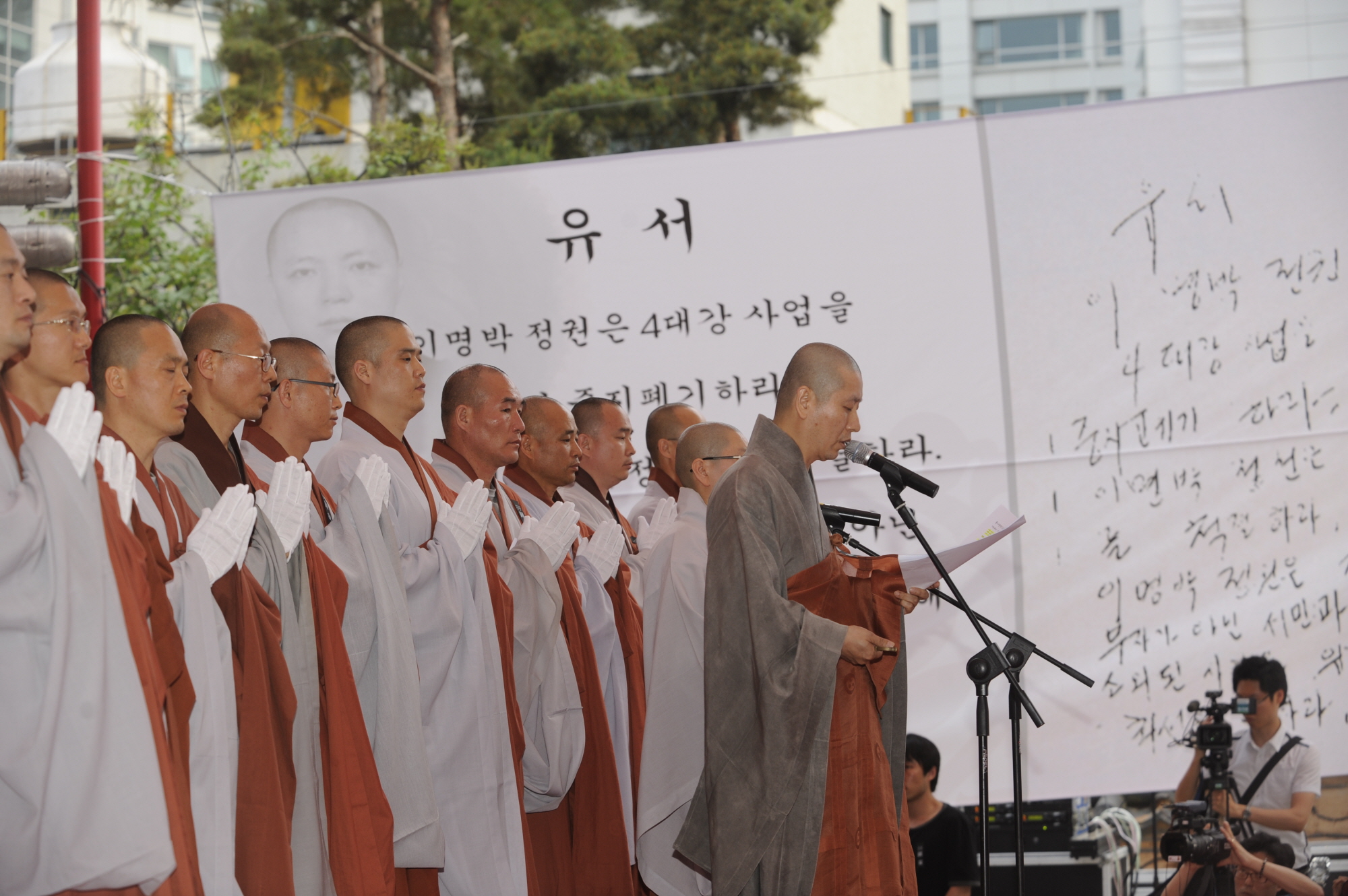