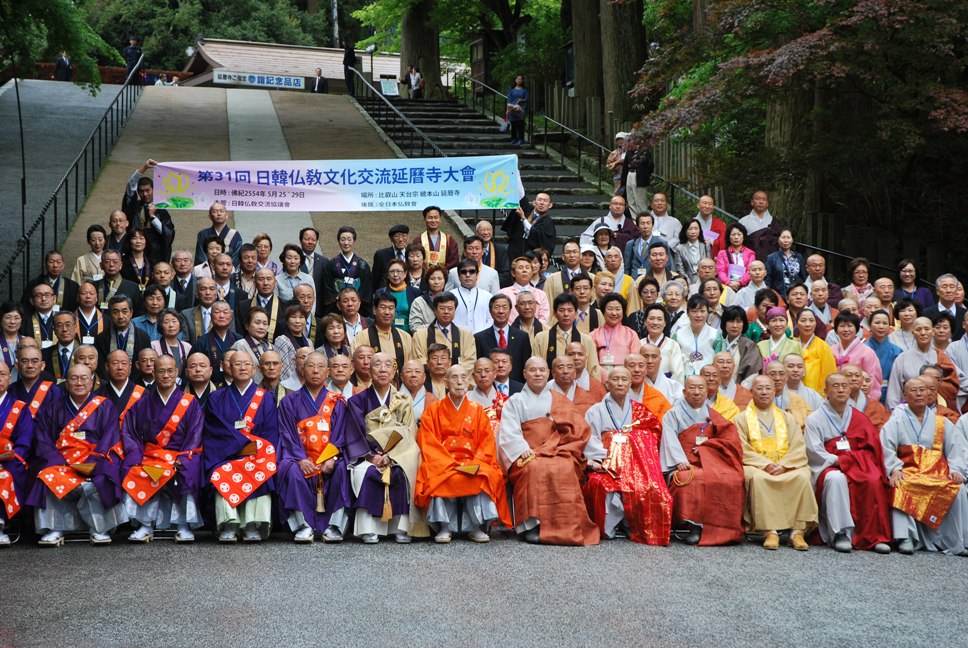 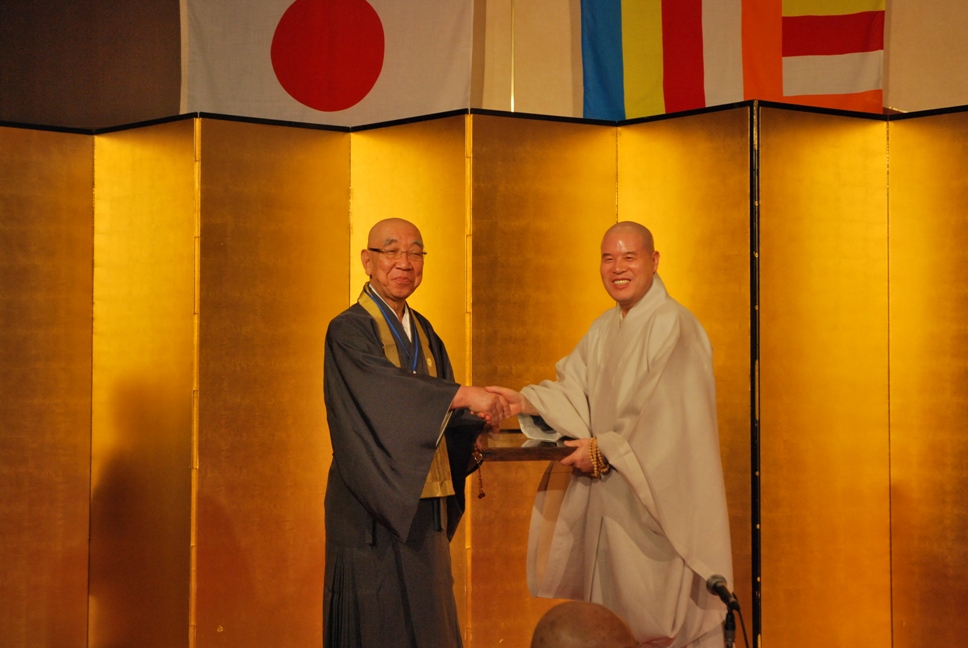 During the prayer service, Ven. Jaseung, the representative for Korean Buddhism and the co-president of the Korea Japan Buddhist Cultural Exchange Committee said that the Korean and Japanese Buddhist communities must work together for world peach and the happiness of humankind. He said, “The world is lost in the whirlpool of conflict and fighting and there are great environmental problems due to industrialization. This is why the Korean and Japanese Buddhists must spread the message of cooperation, harmony, peace, and mutual respect.” He continued, “We must create a world where humans can pursue happiness in peace along with other humans and nature. I hope that both Buddhist communities will work together with mutual understanding for the progress of Buddhism within the world.”

Similar remarks were made by other speakers during the prayer service. Ven. Miyabashishogen, co-president of the Korea Japan Buddhist Cultural Exchange Committee prayed for the world peace and the strengthening of the friendship between the Japanese and Korean Buddhist communities. He said, “There are problems in the world that are obstacles to world peace. We must resolve these through action not mere words.”

These words by the president of the Japanese Buddhist Association was read by the vice-president, “Today’s world manifests in conflict and insecurity. For this, the Buddhist community cannot ignore finding a plan to resolve these issues.” 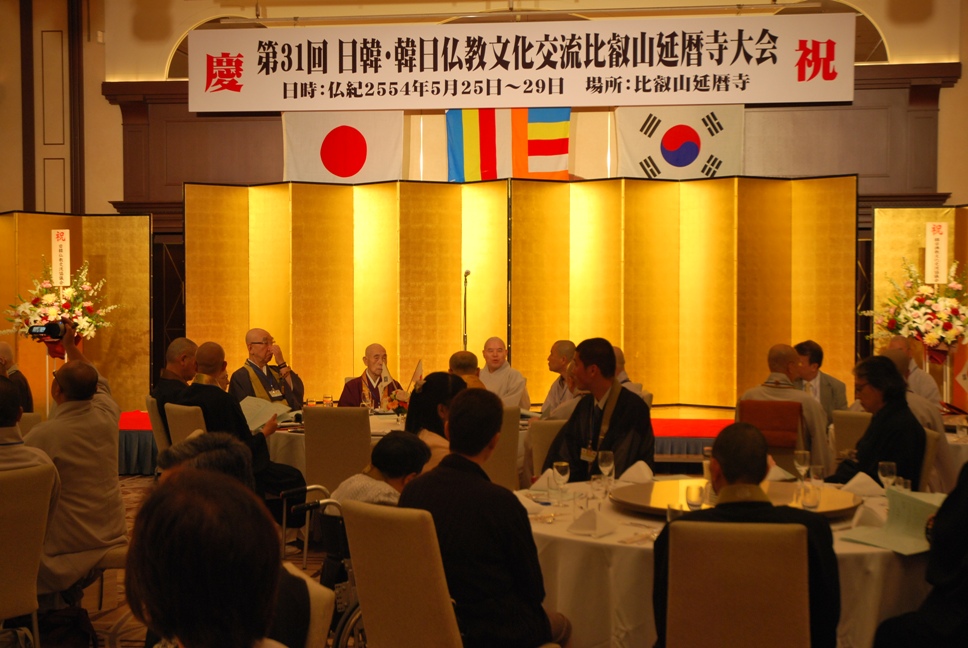 In a message from the minister of the Korean Culture, travel, and sports, “Taking Buddha’s wisdom and compassion as the basis, idea of non-sectarianism and inclusiveness is the light of hope that can remove the suffering of human beings.”

After the prayer service, the leaders from both sides took a commemorative photo in front of the main dharma hall, which was built in 778 on top of MountHiei . Following the prayer service, lunch was served in the conference hall. Starting from 1:30 p.m. the academic symposium began. The head of ’s Jingak Order, Reverend Hyejeong said, “For the revival of Buddhism and world peace, the exchange between the Korean and Japanese Buddhist communities must transcend division and barriers for action with hindrance.” During the symposium Ven. Hyewon a professor at DonggukUniversity and Ven. Mugakcho from Eijan Institute made presentations.

Both sides of this conference made together a resolution, which read “Let us overcome every conflict and pursue ways to effective methods to deal with modern problems.” In the resolution, there was also a mention of the intention to return to a building called Kwanwoldang, which is in the Kamakura area.

Ven. Jaseung said, “The Korea Japan Buddhist Culture Conference has strengthened the friendship between the two countries and contributed to the exchange of our Buddhist traditions. This is the 31st conference, which single the entering into adulthood. It is time to look for genuine change. We cannot stop at mere friendly exchange, but we Buddhists must take responsibility for the world and mankind.” He also commented that we should have respect for all life, preserve the environment, and work for world peace. In particular, he pointed out the world is overflowing with conflict, and both Buddhist communities must contribute to world peace.