To spread the dharma to areas untouched by the dharma 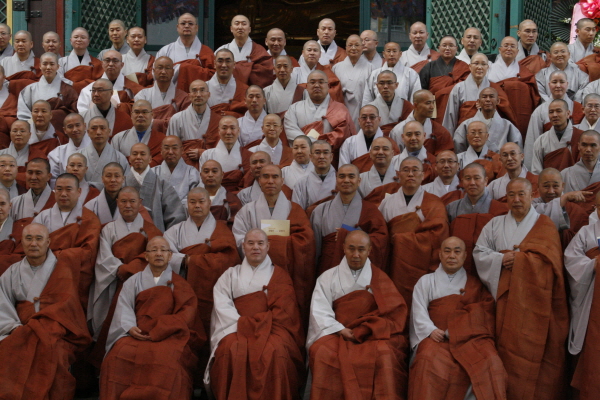 There was a inauguration ceremony for the newly formed Dharma Propagation Team (President, Ven. Hyechong, director of Bureau of Dharma Propagation) of the Jogye Order on April 30 in the main dharma hall of Jogyesa Temple. This team was created to relay the dharma to areas have not been influenced by the dharma.

Jogye Order head Ven. Jaseung congratulated the formation of team, “This team will become a new companion to those who are thirsty for the dharma and guide them to the Buddha fields. I promise my full support and interest to all the members of this team who will go forth in dharma propagation on behalf of the order.”

Ven. Hyechong said, “The reason that the Buddha dharma could be transmitted continuously to this day is due to the numerous disciples of Buddha who went forth to teach the dharma. We will seek out areas where dharma propagation is weak, to actively spread the dharma and communicate with society.” 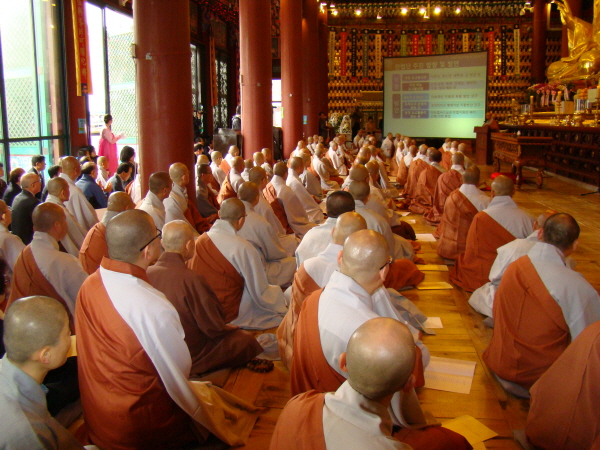