First-Ever Buddhist Hospice to be Built 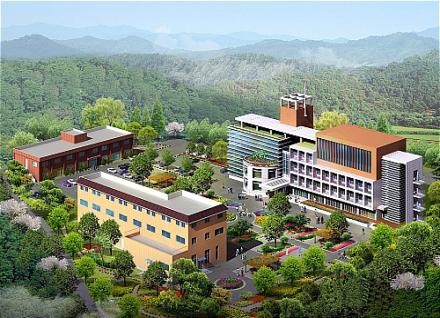 A prayer service was held on April 18 for a Buddhist hospice to be built. This service was the beginning of a 1000 day intensive prayer service that is intended to raise money for the hospice, which will be called Jaje Hospital . The Pure Land Kwanjajae Association began raising funds in 2000 to build the hospice. The building site has been designated at Eonyang in Chungnam Province . A design for the building has already been created and the ground-breaking is forthcoming. However due to the grand scale of the hospital and the large estimated cost of 9 billion won ($8 million), the dharma service was held to begin intensive fund raising efforts.

In the dharma talk given by the representative of the Meditation Monastic Association (Sujahoe), Ven. Hyeguk said, “Due to medical progress, countless lives have been saved and suffering mitigated. However, how to die in a humane way is a question that keeps coming up. It is very meaningful to have a place to die in a humane way while maintaining a high level of quality of life until the moment of death. We need a lot of help from Buddhists (to build the hospice).”

The president of the hospice planning committee Ven. Neunghaeng said, “When a person prepares to die, it’s not only death he deals with but also life.” He added, “It is an absolute necessity to have a professional staff and facility to provide palliative care to relieve the emotional and physical suffering of patients and their loved ones.”

All the funds raised this day will be used for the construction of the hospice. Those who wish to become a patron of the hospice can donate 30,000 won per month for three years or 1.08 million won at once.