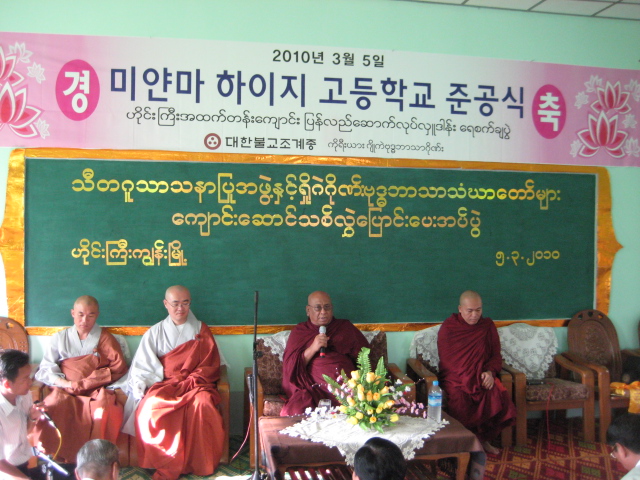 The intent and devotion of Korean Buddhists to help victims of Cyclone Nargis has born fruit. This cyclone devastated the land and people of in May of 2008. A completion ceremony for HyijiHigh School was held on March 5 with over 1300 in attendance. This project was finished in collaboration with the relief organization Sitagu Buddhist Association. The Jogye Order also contributed relief food in the Irrawaddy district in November of 2008 and constructed an elementary school in Yangon in August, 2009. This is the final project to be completed. It is a modern style building just like the elementary school in Yangon . It can accommodate over 1300 students with groups split into morning and afternoon classes. 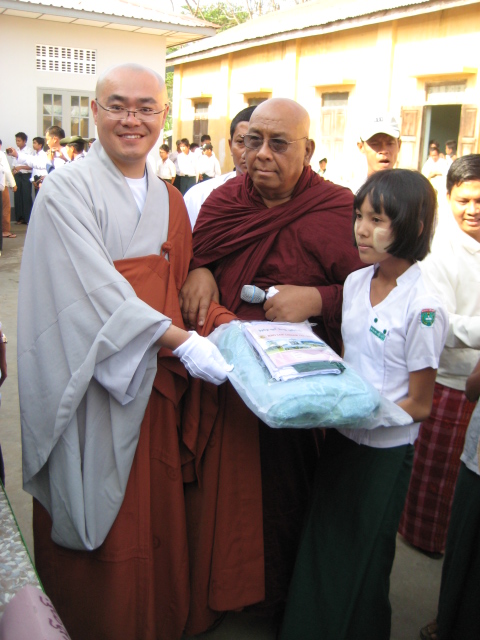 Ven. Myojang, attending the completion ceremony, read a message from Ven. Jaseung, “This project is a great symbol of cooperation of Korean and Myanmar Buddhist communities. I would like to thank all those who helped in this project.”

School uniforms and supplies were also offered by the Jogye Order. In additon, information on the Jogye Order and other gifts were presented to local official and Buddhist leaders. Jogye Order representatives also visited a hospital to offer encouragement. 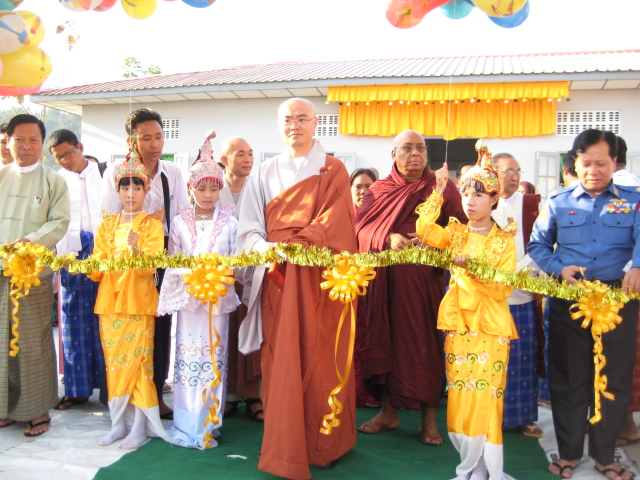