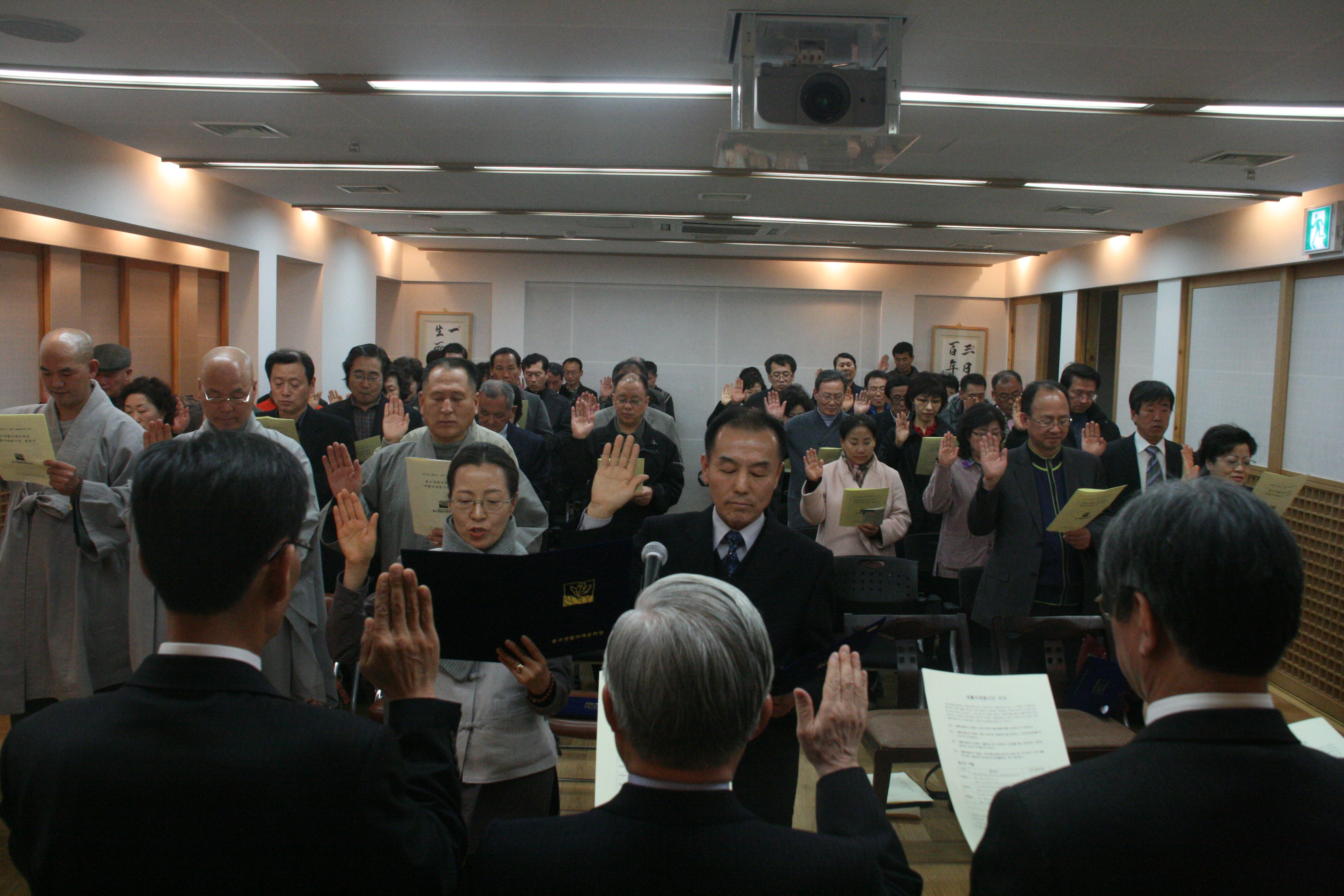 An organization has been formed to popularize and maintain Buddhist rites. The Center for Buddhist Ritual Culture, part of Jogye Order’s Central Council of the Laity, has organized this group to administer Buddhist rites and ceremonies. There was an inauguration ceremony for this volunteer group on April 2 with over 50 members from the group in attendance.

This organization will volunteer in the mourning process and funeral rites for not only Buddhists but anyone including the lower class of society, ethnic minorities, migrant workers, etc. They plan to also work closely with temple organizations, nursing homes, social education centers, DonggukUniversityMedicalCenter and branch hospitals, KoreanNationalMedicalCenter , and police hospitals. The organization has more than 200 members with plans to expand to 300 by 2011 adding branches throughout .

President of the Central Council of the Laity Kim Euijeong said in the congratulatory remarks, “This organization now begins the Mahayana Bodhisattva path. I hope that this organization will increase throughout the nation through networking.” 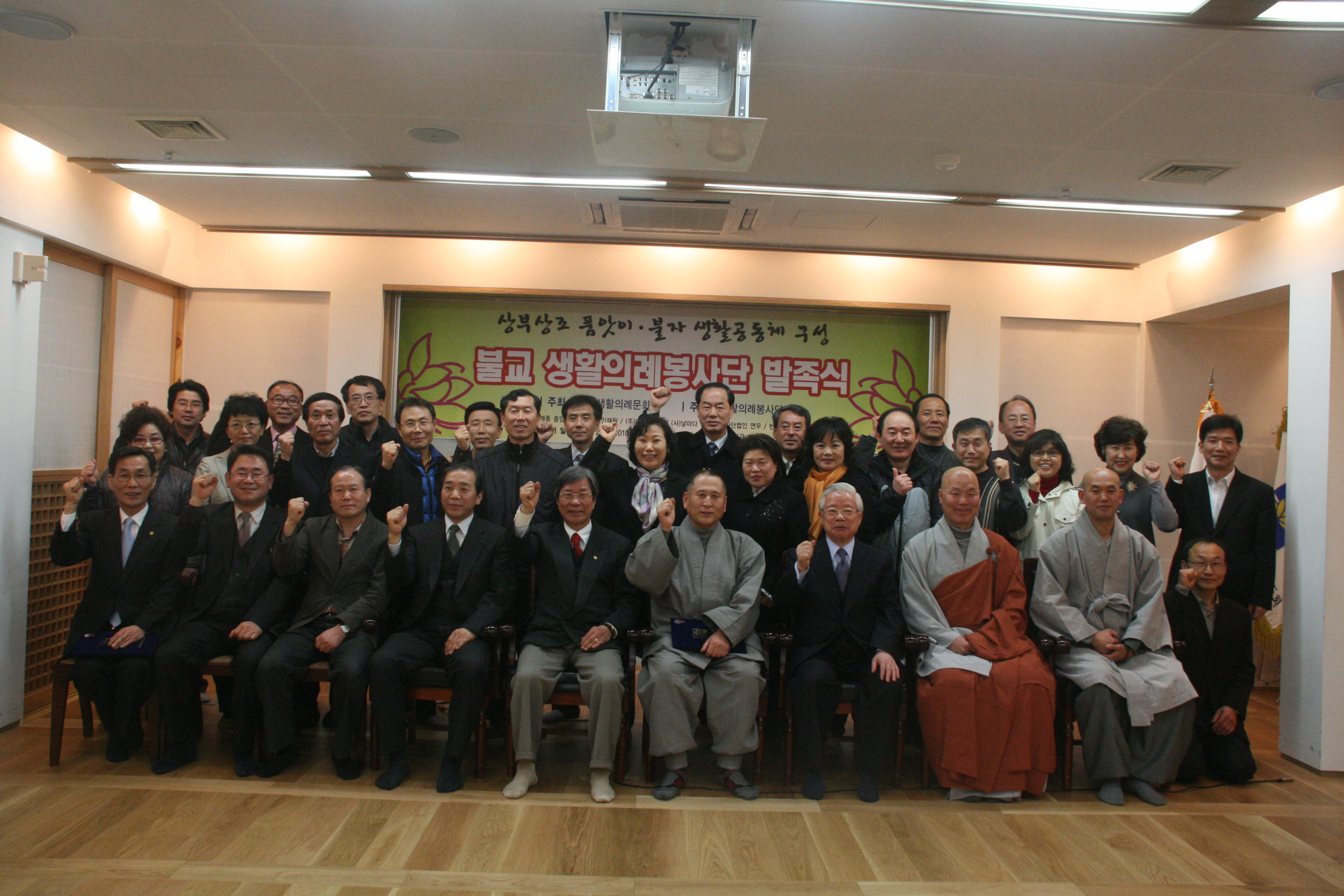